Lets eat from our own backyard. 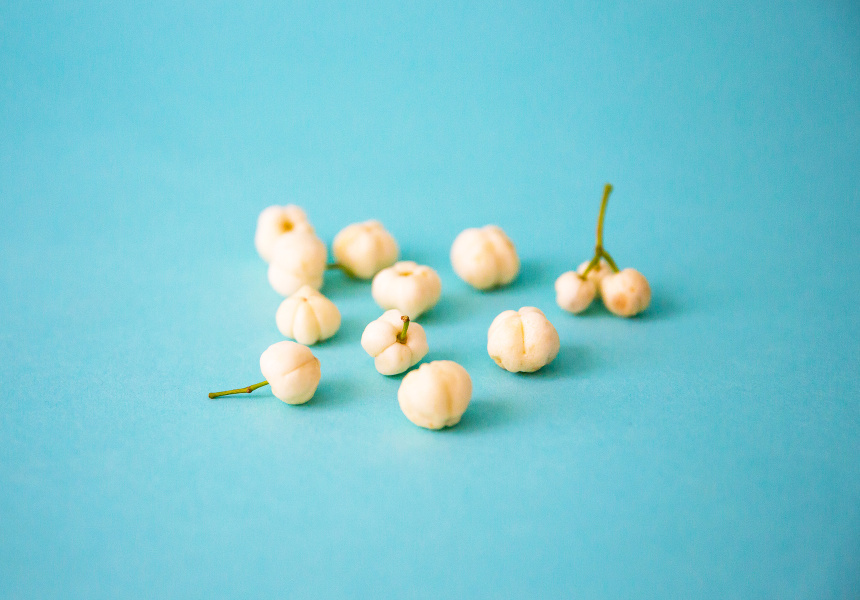 Australian native food is growing in popularity, but to many Australians it’s still a mystery. Accepted local fare such as kangaroo, saltbush and pippies are just a small fraction of thousands of potential ingredients in our own backyard. Some of these foods have flavours we’re not used to – at times bitter, astringent and powerful – so with this series we’re here to demystify them, one ingredient at a time.

Chef Jock Zonfrillo is a key player in Australia's native food revolution. Wild ingredients are the heroes of his menus at Adelaide restaurants Orana and Blackwood. He champions the land we live on and the food that has grown here for tens of thousands of years. Beyond his restaurants, Zonfrillo has set up the Orana Foundation; a public, native-food database and research hub.

Zonfrillo also works with producers, farmers, harvesters and suppliers, including Warren and Ewa Jones of Tumbeela Native Bush Foods in the Adelaide Hills. “I choose to work with people who not only understand what we do but also share the same values,” Zonfrillo says.

One of the many ingredients he uses is white aspen, Acronychia oblongifolia (family Rutaceae). It’s a small-to-medium rainforest tree with striking, bright-white fruit, produced during winter. The fruits have a pleasant, aromatic, peppery smell and a lemony, pine/mango flavour.

The white aspen Tumbeela Farm produces is a different variety than the one you’ll find in many suppliers’ deep freeze; it has a slightly higher acidity. Tumbeela is 20 minutes from Orana in Adelaide’s CBD. This means Zonfrillo can use it fresh rather than frozen, which for any chef is a massive win.

“We use aspen in many ways,” he says. “Juices for food pairings; in a variety of ferments, because it contains acids, which break down proteins; fresh in desserts; in salads and sauces; and dehydrated in teas. The list is endless, really. Essentially it can be used like a fresh berry, but can sit among savoury ingredients comfortably.”

For the general public, most of whom are Australian-native novices, the flavours of some of the most commonly available ingredients can be challenging. So how do we overcome our fear of these ingredients?

Zonfrillo says to just go for it. “The first time you use any ingredient there is a familiarity process which I think is fun. It’s no different for any native ingredient, I'd also recommend getting some growing round the house.”

White Aspen can be purchased online at tumbeela.com.au.