A Guide to Dulwich Hill

Just beyond Marrickville, Dulwich Hill is filled with fresh baklava, warm flatbreads and charcoal-grilled chicken. We’ve planned out a guide to eating it all. 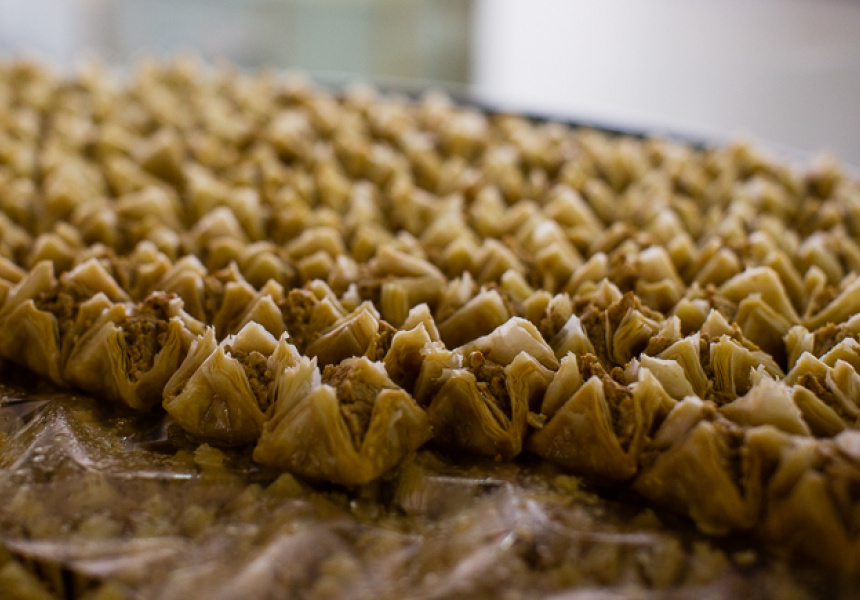 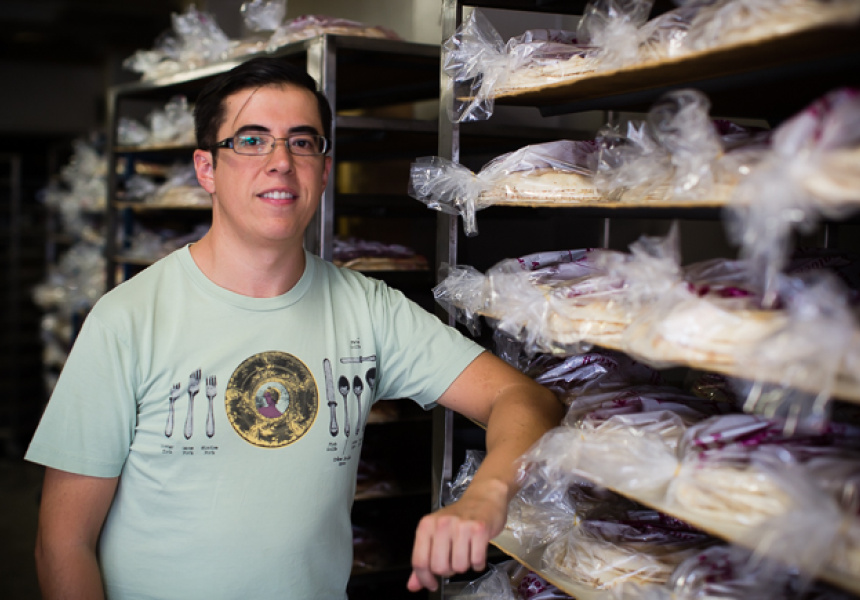 A textbook example of Sydney’s ethnic diversity, Dulwich Hill, a small suburb south-west of Marrickville, is an enclave of delicious pastries, charcoal chicken and clever cafes where you never have to wait more than five minutes for a seat. Quietly gentrifying over the last few years, but missing the ‘next-big-thing’ tag bestowed on other inner-west suburbs such as Marrickville, it’s full of young families sipping specialty coffee or enjoying excellent food from the Greek, Italian, Egyptian, Portuguese, Chinese and Vietnamese restaurants, conveniently located in a cluster in Dulwich Hill village.

Until the early years of the 20th century, Dulwich Hill was predominantly an area of orchards, market gardens and nurseries, which is hard to imagine considering the now-constant traffic of New Canterbury Road flowing past. But walk down Marrickville Road and the streets are leafier and have a cosier, village feel, with most restaurants stretching out onto the footpath for outdoor dining. With fresh produce, great delis and some of the best baklava in the inner west, come hungry.

Breakfast
If you’re feeling a little shady on Sunday morning, order a bacon-and-egg scroll from Strawberry Fields Patisserie (Shop 2, 420 New Canterbury Road). The caramelised onion and gooey fried egg make this hybrid a winner. It also has an excellent selection of individual cakes.

Morning Tea
Having opened just over a year ago, Coffee 1st (426 New Canterbury Road) has lifted Dulwich Hill’s coffee game with its double-shot ristretto flat white and bags of roasted beans to take home. Grab a takeaway and head to Abla’s Pastries (425 New Canterbury Road). Walk past the enormous round trays of znoud el sit, baklava and pistachio bird’s nests, taking notes, so when you finally reach the counter you’re ready to order. At a dollar each, you can go overboard and sit in Morton Park enjoying a sugar high.

Lunch
Opening just over a year ago, The Hub House Diner (410 New Canterbury Road) really is the hub of Dulwich Hill – a cool, American-style diner with a colourful mural, exposed brick and a loud, happy vibe. The place is full of families, with kids picking at chips and slurping milkshakes and parents chowing on burgers. Opt for heart-stoppers such as Jack Fries, (melted American Jack and hot sauce over chips), buffalo wings in hickory sauce or a honeycomb biscuit smoothie or, if you’re not quite up for that, a dill and smoked salmon sandwich on Black Russian is a good option.

Afternoon Tea
Although officially located in Canterbury, Baalbek Bakery (99 Canterbury Road) is only a few minutes’ drive down New Canterbury Road and is absolutely worth the trip. There are a few different biscuits on the counter, but those who visit the store regularly are singularly focused on the Lebanese flat bread. Ask for a freshly baked bag, which for $1.50 is a steal. The chewy, soft texture is perfect for scooping up mouthfuls of Fresh Fodder taramasalata, which you can get at The Larder Epicerie Fine (489 Marrickville Road), a store selling unusual cheese and bread from Brasserie Bread. Take home a couple of extra bags and freeze them – they taste great grilled in the oven.

Dinner
If you didn’t get your burger fix at lunch, head down to Little Portugal (490 Marrickville Road) and get the $7 chicken burger with extra garlic sauce. You’ll need to invest in some breath mints afterwards, but it’s absolutely worth it. What sets this Portuguese burger apart from what’s on offer in Petersham up the road is the creamy sauce and soft, doughy bread – a proper roll instead of the usual sugary burger bun. If you are after a lighter option, try the beef wrapped in betel levels at Minh Vietnamese (506 Marrickville Road) or the Osso Bucco Massaman curry at More Rice (406 New Canterbury Road).

If you like Lebanese pizza, don’t bypass Valley (491 Marrickville Road). Start with the half/half for $4; oregano, thyme and sesame seeds on one side and a decadent mix of haloumi and feta on the other, on a thin, crispy base. For dessert, head to Fernandes Patisserie (402 New Canterbury Road), open until 8pm on weekdays, for Portuguese cakes such as a sweet-pumpkin and almond-meal slice or brioche with syrup, egg custard and cinnamon. If you’re after the Portuguese tarts, you may have to go a little earlier, they’re usually sold out by lunchtime.