One of Sydney’s most iconic pubs has undergone a big change. It’s time to pay this spot another visit. 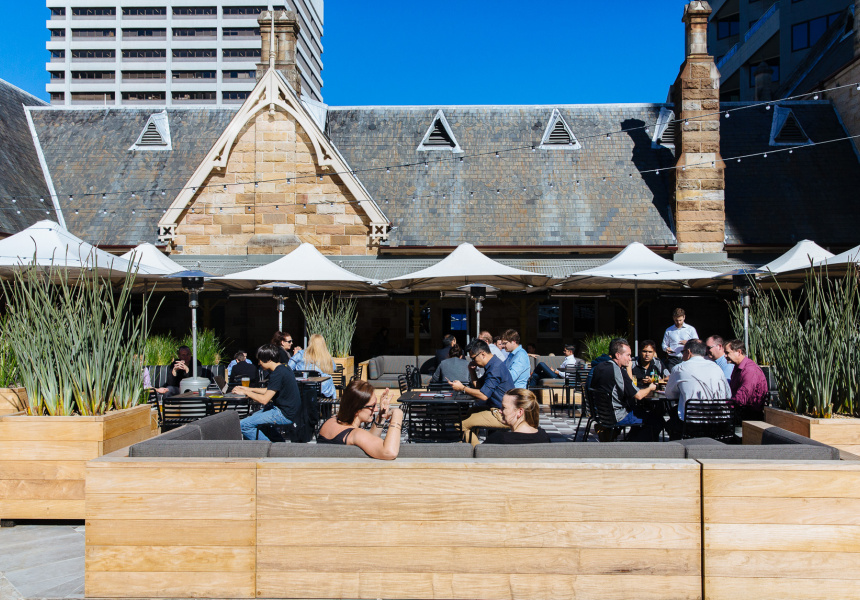 Renowned as one of North Sydney’s most popular pubs, The Greenwood Hotel has recently been transformed – with new owners, a new fit-out and a new menu. Built in 1878, the grand building was originally a church and then used as a school before becoming a pub in 1992.

Nick Wills from The Balmain Pub purchased the Greenwood Hotel in late 2014. He worked at the pub while at university 20 years prior, and was determined to recreate the venue so it could realise its full potential. Since then, the building has undergone renovations, with completely new spaces throughout, including bright courtyards and high-ceilinged chapel-style bars loaded with character.

The historic Sydney spot is has friendly service and plenty of room, with four bars and two sundrenched courtyards.

Some of the favourites on the menu are the salmon ceviche with avocado and crispy tortilla; lamb shank pie with mustard mash; and field mushroom and pine nut arancini. You can’t go wrong with the blackboard of generous mains, and if you’re sharing with a group there is a range of gourmet pizzas and side dishes to split.

The bars are serving cocktails using Greenwood’s own infused spirits. These include cucumber-infused gin, berry-infused vodka and spicy chipotle vodka (for the chilli-lovers).