One of the prettiest spots for a drink on the north shore. 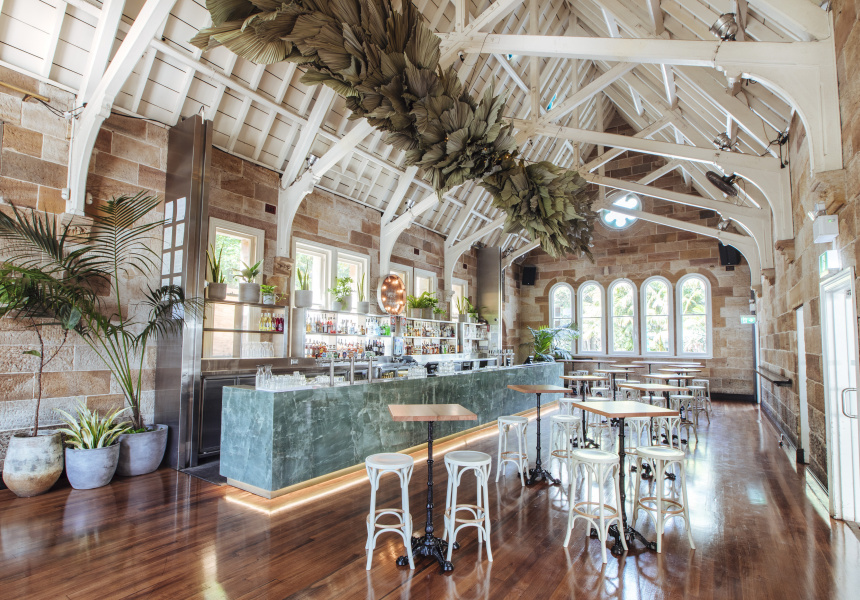 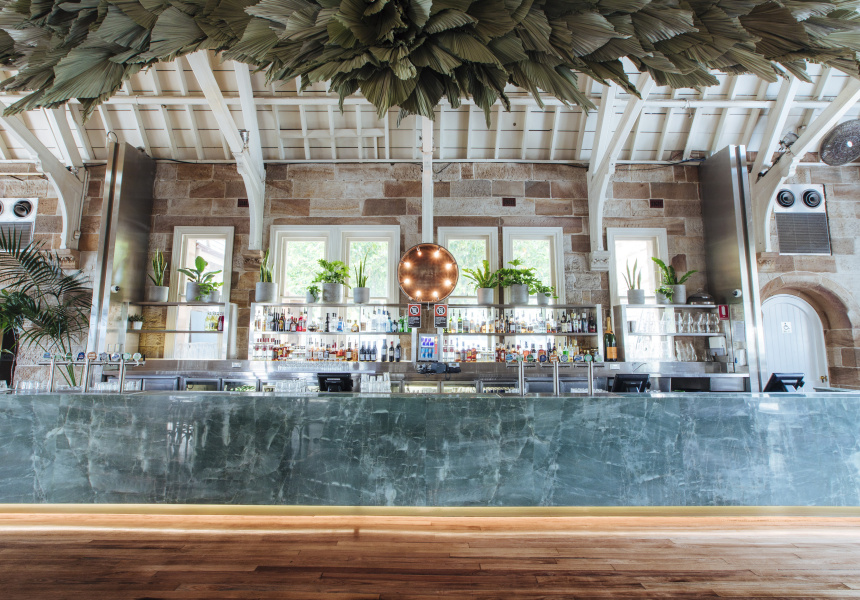 In 1992 Nick Wills was a university student and a bartender. He poured the first pint at the Greenwood Hotel, which was in a historical building rescued from dereliction. Twenty-six years later he co-owns the pub and has restored it to its former glory. “This pub has always held a special place in my heart,” he says.

The transformation is impressive. There’s plenty of green foliage, botanic prints, colourful umbrellas and a pop of neon, which helps the North Sydney pub shrug off its tired pub decor and its uni hangout vibe. Honouring the building’s past as a church and then a schoolhouse, it takes full advantage of the soaring timber-beam ceilings and dramatic sandstone walls. For a pub it’s almost intimidatingly grand, but Wills assures us it hasn’t lost its edge.

“We’re really wary not to take the fun out of pubs,” he says. “So many pubs these days take themselves too seriously.”

Because of its heritage listing they weren’t allowed to mess with the structure of the building too much, and the design balances the original features with the modern well. In the Chapel Bar, rows of arched windows cut into the sandstone allow plenty of natural light to flood in and bounce off the polished timber floors. The ceiling beams are painted white and decorated with a long, green sculpture that resembles dried fronds and hangs over the high tables and stools. The original sandstone has been preserved and the new bar is a vibrant turquoise marble.

The menu aptly reflects old and new. Classic pub dishes such as chicken schnitzel, fish and chips, and lamb pie sit alongside things such as a superfood salad of roasted sweet potato, spinach, walnuts and labne. There are also crisp-skinned barramundi and woodfired pizzas.

The north and south courtyards offer excellent daylight escape. Grab a pineapple punch infused with chipotle or one of the pub’s gin cocktails and take a seat outside.

Updating a heritage building is an enormous undertaking, but Wills is pleased with the result. “You can’t find pubs like this anymore, with heritage sandstone and high ceilings. It’s the focal point of the north shore,” says Wills. “I have such fond memories of this place – it’s always been the sort of pub where you build friendships.”

This article first appeared on Broadsheet on November 22, 2018. Menu items may have changed since publication.