Bunker Down at nel. 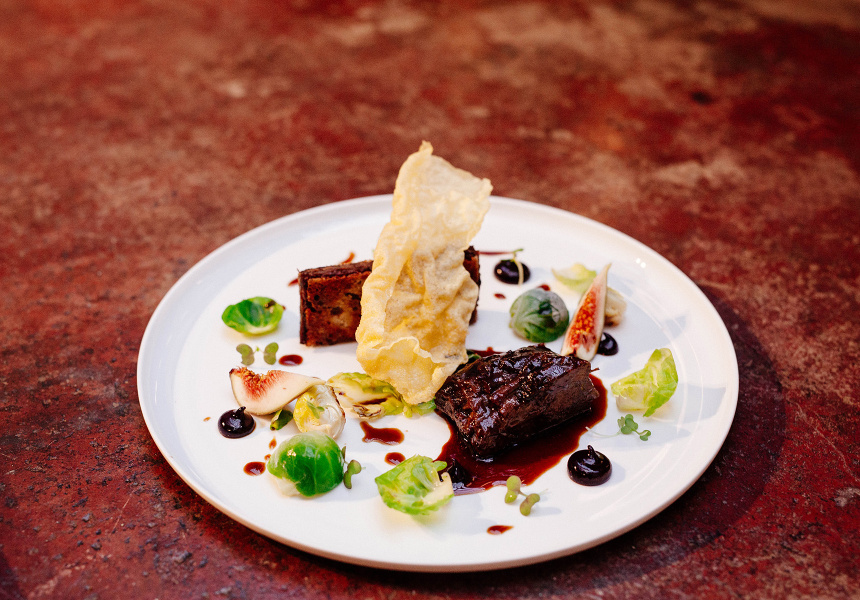 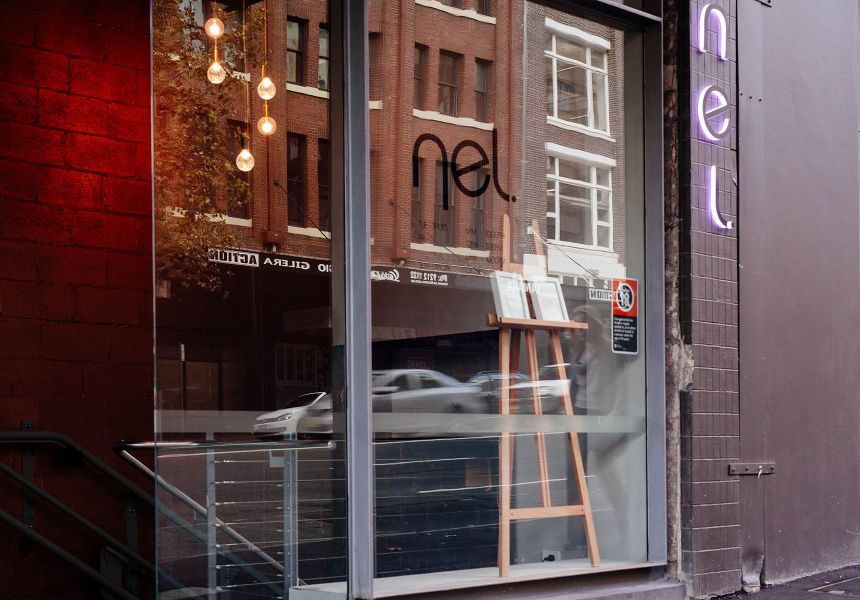 Nothing of nel. but its name, lit in blue neon, is visible from street level. Positioned near the busy intersection of Wentworth, Elizabeth and Campbell streets on the border of Surry Hills and the CBD, it’s the kind of place you come to with purpose, rather than stumble upon.

After working under Nigel Howarth at Michelin-starred Northcote Manor in the Northern English countryside, chef and owner Nelly Robinson has created his own destination restaurant. “As soon as I started cooking I’ve always dreamt about it,” Robinson says.

The narrow, descending staircase and low ceilings give it a bunker vibe, though in a cosy way. Moody, dark leather benches and exposed brick are tempered by honey-coloured wooden chairs and glowing copper lights. Diners have full view of the open kitchen, stretching across the left-hand wall.

In what some might call a brave move, the menu is degustation only; six courses at lunch, eight at dinner, with optional matching wines.

Some dishes refer to humble British cuisine, re-worked with fine-dining finesse. For example, “green peas and ham” uses a pea soup recipe based on Robinson’s mum’s, presented in a small glass besides piping-hot croquettes, filled with pork cheek that is pressed overnight. Pumpkin soup is topped with native herbs and “olive soil”.

These may be childhood dishes reimagined, but inspiration is sourced from all over. “There’s a lot of Asian influence in my cooking as well as British and modern Australian. There’s also a bit of French, Swedish …” Robinson says, laughing. “I like to throw everything in because if the flavour’s right, why not?”

Miniature mature cheddar-cheese scrolls, served warm with wild-garlic butter, are a memorable surprise addition to the meal. Because the menu is seasonal, dishes are highly subject to change. For mains, you may choose between dishes such as bonito served with bitter lemon curd, fondant potato and raw oyster, or tender flap steak atop cauliflower puree and crisp cavolo nero.

The chef also throws us an exclusive: he has a pheasant dish coming, “Very soon.”

A full vegetarian tasting menu is also offered, and dietary requirements are catered to upon prior request.

To finish, diners are presented with tiny, coin sized “eccles cakes”, a pastry from the north of England filled with English-breakfast tea soaked currants and topped with lemon curd.

Despite modern, sophisticated presentation across food and design, the core inspiration behind nel. is decidedly homey. 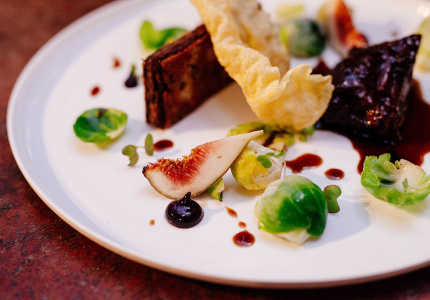