Have you ever tried banoffee-pie beer? Melbourne's Great Australian Beer SpecTAPular is here for the weekend. 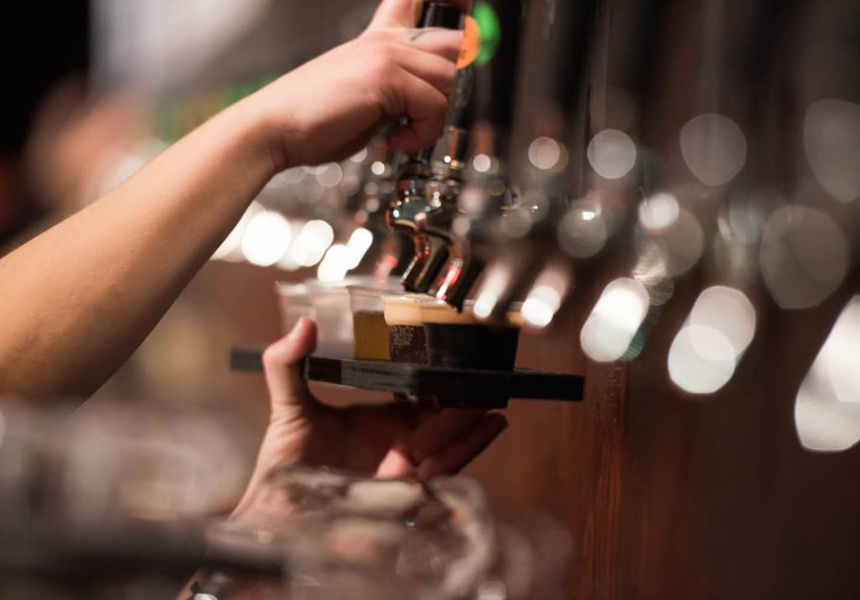 Melbourne's Great Australian Beer SpecTAPular comes to Sydney for the first time today. Run by The Local Taphouse, the festival’s fifth year will be held in the Australian Technology Park with more than 300 beers, 150 craft breweries, matching food and a whole bunch of flavours you’ve never tried before.

“One of the great elements of GABS is the ability to sample a wide variety of beers and beer styles you wouldn’t otherwise try,” says Steve Jeffares, Taphouse co-owner and festival co-director. He’s referring to some of the more experimental of the festival’s 150 exclusively brewed beers. “Brewers have made beers to taste like lemon, lime and bitters, affogato, banoffee pie, Snickers, lamingtons, Christmas pudding, Golden Gaytime, and even coffee, with milk and two sugars.”

Sydney brewing pioneers Young Henrys will bring a saison and stout blend named Midnight in the Carpark of Good and Evil. “When it comes around to GABS time, the bar is raised a bit because there’s 120-odd brewers there, and you want to do something that’s drinkable but stands out in terms of flavour,” says Young Henrys head brewer, Richard Adamson. The Young Henrys saison, a Belgian red-wine-like brew is infused with fermented cherry juice and aged in rum barrels, then mixed with a raspberry and chocolate infused stout. “We don’t want to throw a whole bunch of flavour at it, as a beer nerd you want good technique.”

Adamson says he’s never been a big fan of beer festivals. “It can be really crowded, really busy, people are just there to drink a lot of beer.” GABS is different, “You have a stand, you have the time to talk to people. You can actually communicate with people interested in your beer.” It’s a significant annual event for the growing industry that showcases how far beer has come from its blokey, cheap stereotype. “This isn’t just a short-term fad. We’ve seen permanent changes in how people view food, wine, coffee, cheese, tea and now it’s beer’s time,” says Jeffares. “With the choice of beers growing so fast, I think the industry also needs to get better at educating consumers so they feel confident when seeking out new beers to try.”

The festival will be running a beer college with seminars on both brewing and tasting. Between class and beer tasting, visit the food stalls, run by LP’s Quality Meats, Cornersmith, Mary’s, Three Blue Ducks and other Sydney luminaries. Otherwise, there’ll be serious and silly games, a carnival run by Little Creatures and an award for the festival’s best beer. Be sure to try Two Birds’ Piña Colada flavoured IPA, Jeffares’s early pick for victory.

The Great Australian Beer SpecTAPular will be held at Australian Technology Park, May 30. Session one will be from 12pm–5.30pm and session two 6.30–11.30pm.