A new social enterprise cafe, restaurant and art gallery is giving something back. 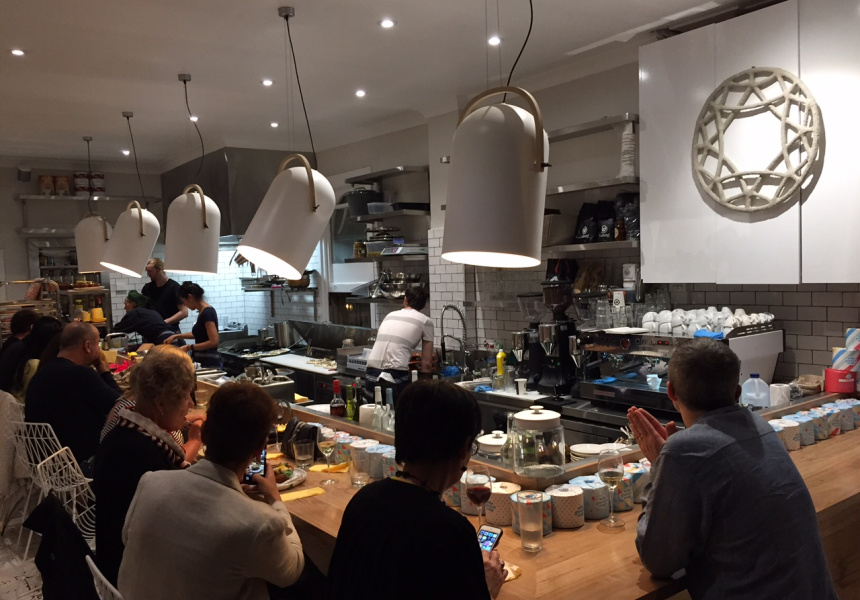 A building on the corner of Bourke and Albion Streets in Surry Hills will house a concept that allows patrons to give back. Gratia and Folonomo is a new social enterprise made up of a cafe (Gratia) and restaurant and gallery (Folonomo) that will give 100 per cent of its profits to not-for-profit organisations. Funds will be split 50-50 for the project’s own foundation, Pure Foundation, and for other charities.

Diners can choose which charity their donation is made to by either nominating a cause themselves or by asking their hosts for suggestions (current suggestions include Blue Dragon Children's Foundation and ADARA). Later down the line the team will run a nomination and voting process in order to cap the list of causes, but this will be refreshed each year.

Gratia is the Latin root word for gratitude, and Folonomo is made up of the first two letters in each word of the expression “for love not money”. “There is nothing like it in Sydney – raising money for charity but still with high standards of service in design and product,” says Matthew Byrne, the financial adviser behind the project. There are three parts to the business: the cafe will open next week at 372 Bourke Street. Next door will be the restaurant, which will operate at night [due to open in six-to-eight-weeks]. The gallery is upstairs.

Industry professionals are involved, including Rachel Grisewood (founder of Manna from Heaven), Sam Gabrielian (Gabriel Coffee) and restaurateur David Poirier (La Grande Bouffe, Hunters Hill Club). There will be two distinct menus for the two dining aspects of the project, but they’ll come out of the same kitchen.

“The theme for the menu is a celebration of Australian multiculturalism,” says Byrne. “Including things that you don’t see that much of, like Tunisian. We’ll be regularly rotating breakfast and lunch dishes from different countries, so by the end of the year there will have been 24 dishes.” Diners will nominate their charity by placing a bouncy ball into corresponding jars, with the whole project aiming to be an enjoyable way to give a little bit back.

Gratia and Folonomo will be at 372 Bourke Street, Surry Hills, opening soon.