There are seven dining and drinking options (including an upscale restaurant headed up by Sean Connolly) and a takeaway wine shop. 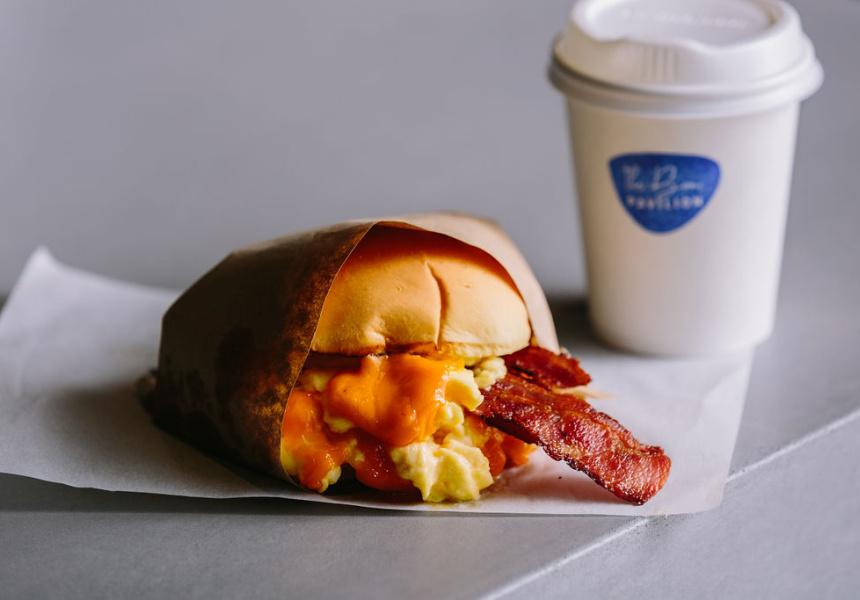 The final licks of paint on the giant mural are dry, the grand sweeping staircase is complete and the fridges are full. Gosford’s $4 million Bon Pavilion will open its doors to the public for the first time tonight, in a move owner and entrepreneur John Singleton hopes will draw Sydneysiders north.

Part of the 14-storey Bonython Tower development on Gosford’s main drag, the pavilion will have seven separate drinking and dining areas – including a cafe, a bar serving cocktails and tapas, a bar specialising in craft beers and whisky and an upscale restaurant – headed up by executive chef Sean Connolly. (Connolly is also at Sydney CBD’s Morrison Bar and Oyster Room and Sean’s Kitchen in Adelaide.)

Brian and Karina Barry, who own Central Coast hotel Bells at Killcare and manage the nearby Pretty Beach House, have been brought in to oversee the operation.

The restaurant “will be more gastropub than traditional fine diner”, Brian Barry told Broadsheet in March. “The menu will look quite simple, but there’s a lot happening behind the scenes, and a lot of thought going into each dish.”

As well as the dining venues, there'll be a takeaway wine shop selling local and international wines. The colour palate and interiors reflect the development’s bushy surrounds, rather than the beaches most commonly associated with the Central Coast.

“The colour scheme will be very much related to the bush, and the people who live in the area and spend time in the national parks will pick up on these tones straight away,” says Barry.