A Chinese takeaway run by fine-dining chefs, with R’n’B on the speakers. 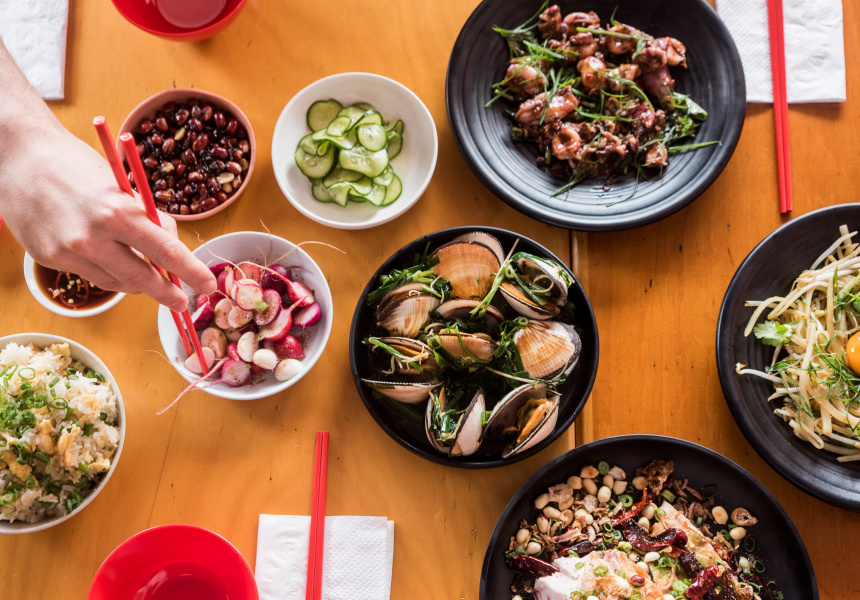 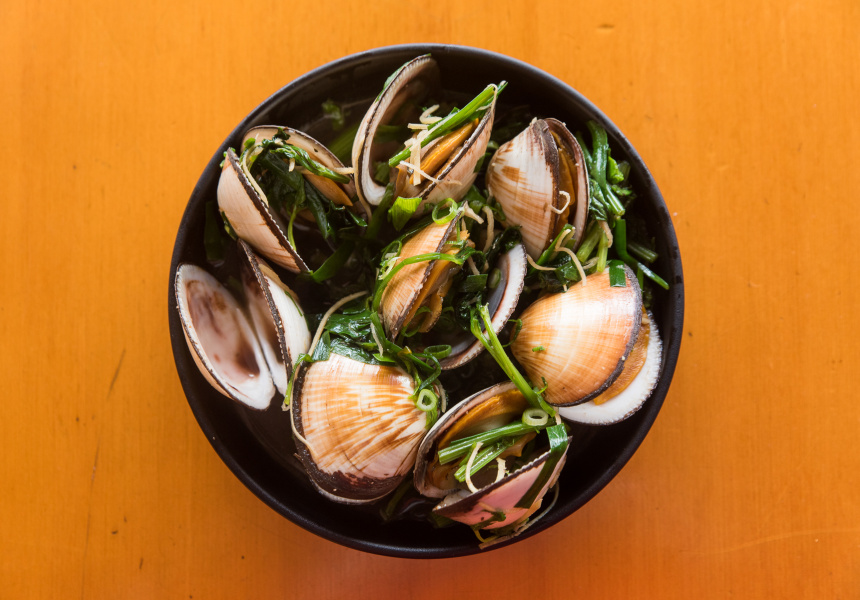 Pinbone (Mike Eggert, Berri Eggert and Jemma Whiteman) have opened a Chinese takeaway. Well, sort of – it’s not actually takeaway (that may well change) and it’s not traditional Chinese fare, either. “There'll be traditional elements, but people won't be coming here to eat one specific dialect of Chinese cuisine. We’re still going to do our own thing. We’re still going to have fun. That’s the whole point of this,” says Eggert.

There’ll be some dishes that look and taste entirely Chinese, such as simple steamed wontons; the succulent Chongqing-style crispy chicken with peanuts, shallots and dried chilli; and bottle squids stir-fried with chilli, water spinach and a sauce made from squid guts.

Then there’ll be a steak with pickled mustard greens and furikake (Japanese seasoning) butter; a fish (whatever looks good that day) with a bone-marrow, ginger and shallot sauce; and Mexican-style icy poles made from pure blended fruit. “The menu will be done daily. The consistent things will be the sauces and the garnishes rather than the proteins or vegetables,” says Eggert.

The site is an old sushi restaurant, and only has a nine-month lease (it could potentially blow out to a year or more depending on the building’s eventual destruction), so Eggert and the others are looking at the venture as a chance to test their ideas, experiment and re-connect with a cooking style they’ve missed (Whiteman and Eggert previously worked at Billy Kwong).

The short lease, along with the team’s love for Sydney’s many incredible no-frills Chinese restaurants, is the reason for the takeout-style vibe. That means BYO only (Berri Eggert will also make house sodas and iced teas), $2 school chairs, plastic cutlery, dark carpets and a giant, red, pagoda-like awning (a vestige of the previous tenants) separating the main dining area and the bar.

It will be bewildering to some but hopefully inspirational to others; this kind of fine-dining-led, casual, but entirely quality-orientated set-up isn’t something Sydney is used to. At least not applied to Chinese food. Or in Kensington. “You don't need a designer or a million-dollar fit-out. They're nice, but it's important to be independent and serve what you want,” says Eggert.