Relive summer days in the Amalfi sun with Napoli-style pizza (including one loaded with beluga caviar for $250), pared-back seafood and summery cocktails. 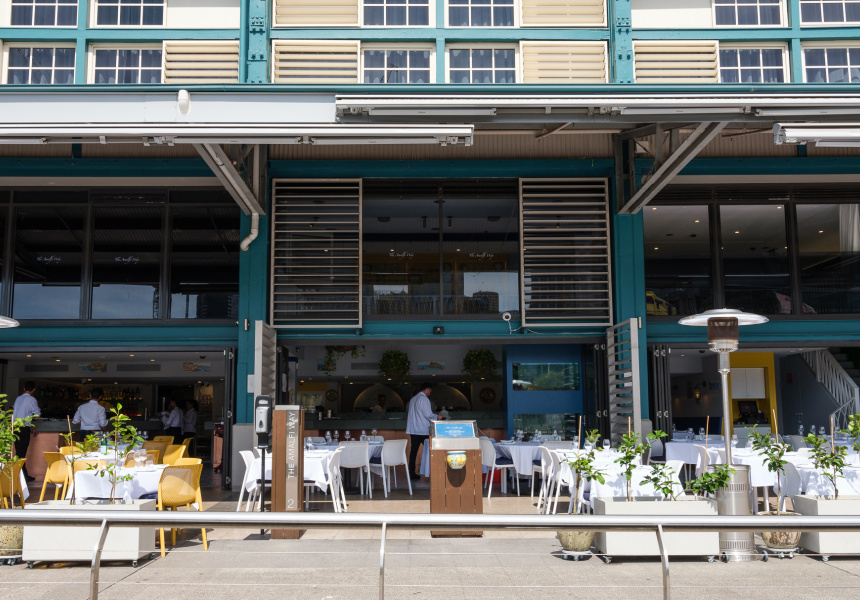 “God, I’ve missed this,” I say, as I look out at the boats bobbing on the glinting water. I scoop up crudi and dunk crusty bread in a dressing of olive oil, capers and lemons that have been plucked from a tree growing by the water’s edge. A bowl of handmade pasta, perfectly al dente, lands in front of me, accompanied by a “bellisima” from Luigi, who owns the seaside trattoria. You know that if it weren’t for Covid restrictions he’d be kissing everyone’s cheeks twice, and then twice again. We toast the summer with a spritz of lemon gin, elderflower and strawberry soda.

No, international travel is not back. And we’re not soaking up the sun in Italy’s south. Instead, Luigi Esposito, the pizza king of Crown Street (his other venues are Via Napoli and Pizza Fritta 180), has brought a touch of the Italian Riviera to his new diner, The Amalfi Way, on Woolloomooloo’s Finger Wharf.

“The concept is to bring a piece of the Amalfi Coast to Sydney, and this location is my dream,” Esposito tells Broadsheet. “We think it’s a new way to serve seafood for Australians. Italians, and people who have been to Amalfi, will recognise the ripe flavours and the simplicity of the fish. You can taste what you’re eating.”

The menu harnesses the flavours of fresh seafood without piling on ingredients. It starts with a choice of crudi that showcases the freshness of the local catch, including lobster carpaccio, and tuna tartare served with peas done three ways: fresh, puréed and sous-vide. The highlight is a kingfish carpaccio swimming in lemon, olive oil, capers and sundried tomatoes. And whatever you do, don’t let the attentive waitstaff take the plate when you’re done. Order some focaccia – it’s best friends with the oil.

It’s been said that Esposito makes the best pizza in Sydney, and at The Amalfi Way, the spectrum of Napoli-style pies is wild. It stretches from a classic margherita or marinara for $20 all the way through to the pizza caviale. Made with black squid ink dough and topped with buffalo stracciatella, beluga black caviar, salmon smoked caviar, quail eggs and Norwegian butter, it’ll set you back $250.

“In Italy when I was a kid, whatever your father did was what you grew up to do,” says Esposito. “I grew up in Naples. My father was a pizzaiolo and so was my grandfather. My career started with them. All my life I’ve done pizzas; it’s what I love to do.”

There are seven pastas, all made in house. The scialatielli all’Amalfitana (a pasta from Sorrento made with milk, which helps the dough soak up the flavours of the sauce) comes scattered with mussels, calamari, prawns and scampi. Larger dishes include woodfired Tasmanian scampi and Queensland king prawns with endives and apple, and seafood is taken fresh from a live tank daily. Finish it all off with a dessert of coconut rice pudding with Strega (an Italian liqueur) and peaches.

The cocktails are also themed around the Italian summer, with light, fresh spritzes, Mimosas and Bellinis. And the wine list is made up of both local and Italian drops, including Bellavista Franciacorta – Italy’s answer to champagne.

“Amalfi seafood is simple,” Esposito says. “My feeling, after nine years in Sydney, is that what everybody wants is simplicity: good food, good-quality produce, good service. Simple – magic on the plate.” 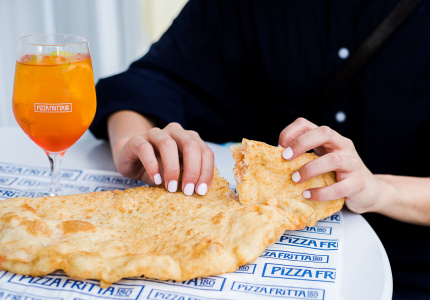 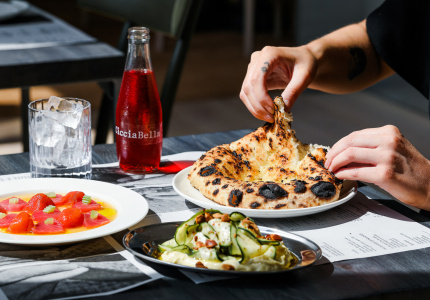