Golden Gully Bar Is a Game Changer for Leichhardt

The inner-city suburb is ripe for a small-bar revolution. 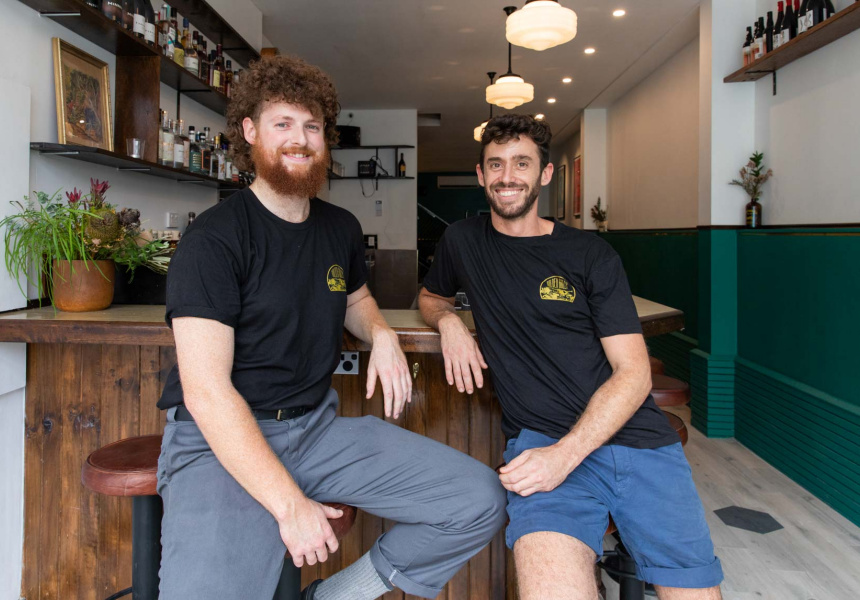 For the owners of Golden Gully, opening a small bar in Leichhardt was a calculated move.

“We didn’t want to open something in Newtown or the city,” says Daniel McBride, who has partnered with Dynn Szmulewicz of Glebe’s The Little Guy. “We wanted to go somewhere it’s not saturated. And while we know there’s a risk that comes with that, we hope other places will pop up.”

At the moment, if you want to go out in Leichhardt there are two choices: The Royal at one end of Norton Street, and Creek and Cella way down the other end. “For some reason Leichhardt doesn’t have many places to drink. We want to be the neighbourhood bar locals go to.”

Szmulewicz opened The Little Guy in 2011 with McBride running the bar. It was one of a handful of small bars on the suburb’s high street and, according to McBride, of that cohort it’s one of the only places still doing well. “Like every suburb, Glebe needed a friendly neighbourhood haunt, and The Little Guy provided that,” he says.

He hopes Golden Gully will do the same for Leichhardt.

Local produce and drinks are at the core of Golden Gully’s menus. “We have so much good Aussie booze, like Sydney's Poor Toms and Archie Rose,” McBride says, adding that they will make anything, but the menu lists six classics.

The Poor Tommy Collins is infused with lemon myrtle, while the Old Fashioned is made with Starward Two Fold whisky from Melbourne. It’s finished with wattleseed syrup and bitters.

The wines, too, are exclusively Australian and McBride has focused on balancing classic drops with the experimental. “I like some really weird wines, but they can be alienating for some drinkers. We want everyone to feel welcome and be able to get something delicious. So if you bring your mum and she likes a big Aussie shiraz, you can get it. If you want a skin-contact pét-nat [a French wine style that goes through a second fermentation inside the bottle], you can get that too."

The Golden Gully occupies a heritage shopfront on Norton Street, and the upstairs veranda is a nice place to crack open a tin of Balter XPA. You can sit among the native plants and watch Norton Street go by, and the regulars pop into Leichhardt stalwart Bar Italia, which has been trading since 1952.

Alternatively, grab a stool at the downstairs bar. The space is painted a bold teal, which complements the cognac-coloured leather booths and brass accents.

The space is welcoming, and just what you’d expect from a local. “We want to be the neighbourhood bar everyone comes to for a drink and a bite to eat,” McBride says.

This article first appeared on Broadsheet on January 24, 2019. Menu items may have changed since publication.