A stalwart of Cantonese fare and popular late-night dining. 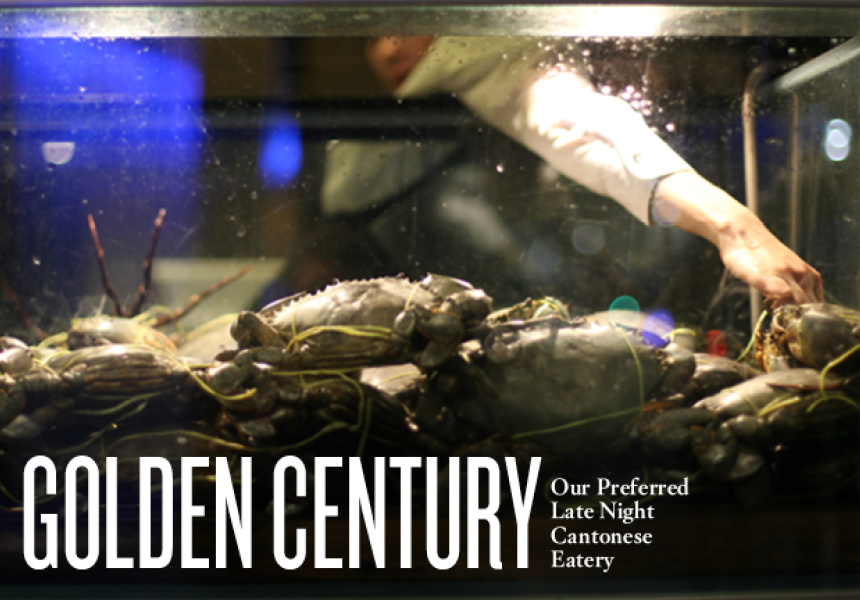 It was 1979 when Eric and Linda Wong opened their first seafood restaurant in Hong Kong. Ten years on, when they migrated to Australia in 1989, it was only natural the Wongs continued doing what they did best. Such is the abridged tale of how Chinatown’s famed Golden Century began.

Today, after more than 20 years serving the freshest and best seafood in downtown Sydney, Golden Century is a stalwart of Cantonese fare. And it’s because of quality assurance that GCs – as it’s fondly known to industry folk – is a popular chef hangout and a preferred late-night dining haunt amongst inner city foodies.

Menu classics include live pippies with XO sauce, a live abalone steamboat, lobster two-ways and mud crab with ginger and shallot. And then there’s the wine. GCs wine list is not only extensive, but also knowledgeable; the 29-pager caters to practically any taste and budget. All this is served via a pragmatic style of service in a white table-clothed room that bustles with an animated energy. [fold] Iconic for the use of raw ingredients, genuine flavours and a tank-licious façade, Golden Century is a flagship Chinatown favourite. An unchallenged gem.