With a seriously impressive view, Black by ezard is drawing a regular crowd of A-listers. Broadsheet talks to Teage Ezard about opening in Sydney. 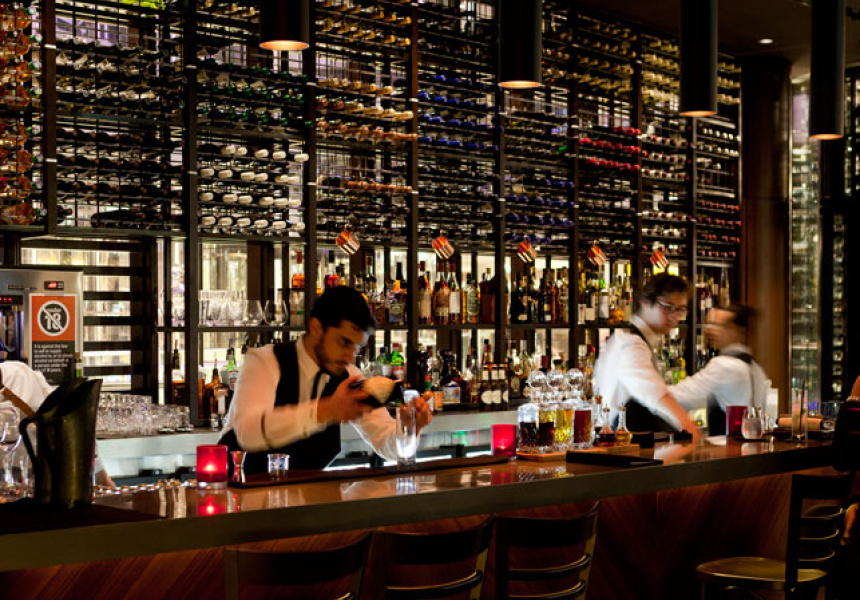 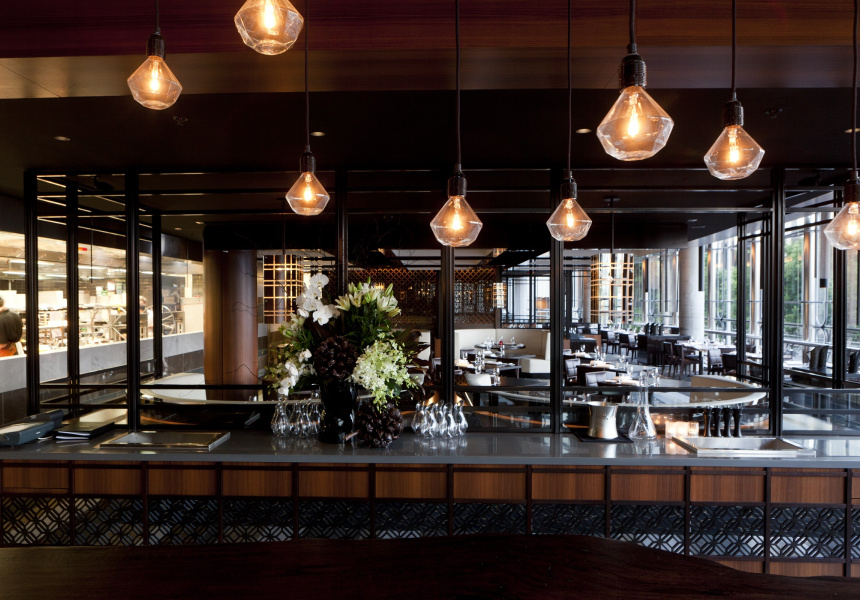 “We’ll have to sit in the bar,” offers Teage Ezard apologetically, pulling up a high bar chair in the moody surrounds of his first Sydney venture, Black by ezard. The chef and restaurateur has been politely declined a seat with a view of the harbour by his own Maitre’d because the space has been set aside for Leonardo DiCaprio and his entourage, due to arrive shortly.

Likewise, the private dining room – complete with it’s own lift entrance direct from the car park – has been set-aside for Russell Crowe and his guests, and there’s a cocktail party due to start soon where we’re seated in the bar.

It’s a flurry of name-dropping. But the A-listers are out in force for the launch of The Darling, the accommodation at the newly redeveloped The Star (previously Star City Casino) and Black by ezard occupies prime Star real estate. It’s one of the reasons that the casino redevelopment attracted him from Melbourne to Sydney in the first place.

“For me it was easy to make the call to open here,” says Ezard enthusiastically. “ezard, Gingerboy, and now Black, they’ve all always been about making something that is diverse,” continues the Melbourne icon, referring to his swathe of restaurants. “It’s about being different. So the model that I’ve always enjoyed is that you have to reinvent, change and aspire to a different concept each time you open. And that’s what we had the opportunity to do here.”

Black is definitely different to anything Ezard has done before, but just as solid in its concept and execution. The open space is sleek and streamlined, with huge floor-to-ceiling windows making the most of the million-dollar view and opening wide to the sultry summer weather that sets Sydney apart. It’s one of the first dining venues to grab your attention as you entre The Star, and a glass corner turret of wine hints that that the American-heavy wine list might well be worth a look.

The menu here is certainly something different for Ezard, who is known for his Asian influences at both ezard and Gingerboy in Melbourne. But the food isn’t the only marked departure.

“The difference here is that we’ve got an outstanding view, we’ve got a fantastic multimillion dollar development and we’re in a different city where we have to offer something unique. I always wanted to do a steak restaurant here, a contemporary grill, specifically for Sydney,” he says, pointing out the charcoal and wood fired grills in the open kitchen. A grill restaurant was an idea that he felt was ideal for the casino venue, but one that may not have made as much sense as a standalone restaurant like his previous ventures.

There is certainly a coherent flow to venue, menu and styling. That said, Ezard was on the lookout for the right Sydney venture for around two years, including in the CBD and popular dining precinct Darlinghurst, before The Star development emerged, ticking all the boxes in the process.

“I didn’t know what other restaurants would be involved, but it didn’t matter to me that much in the beginning. I just felt drawn to being part of the Sydney dining scene. Sydney is our international port after all.”

Right now he’s splitting his time between Sydney and Melbourne to make sure everything is running smoothly. But despite the overwhelmingly positive response to Black, Ezard admits that there’s still an element of finding your feet in a new city, particularly when it comes to managing the seasonally changing menu.

“We might get a fisherman turn up with a box of amazing fresh produce and we’ll take it. We’re now accessing suppliers in Sydney and they help us change our menu influenced by what’s available to them. So we’re led by our suppliers, who in turn are led by the seasons. That’s what dictates what we do in terms of changing our menu.”

And what’s in a name? Certainly you can see it reflected in the strong design of the venue, including the long black bar table that he tells us is a slab of fallen Blackbutt found in a paddock in central NSW. “But Black is a name that came from the casino,” explains Ezard. “There’s black and red, and we liked the strength of black. But it also touches our concept for the kitchen using charcoal, wood grill, and earth. It represents something strong, natural and very genuine.”