We take a trip to a truffle farm for a decadent day out – but you’d better bring your coat, because truffle-harvesting is chilly business. In partnership with Mastercard Priceless Cities, we meet Sam Appel and John Phizacklea, who own the 85-acre farm Robertson Truffles in regional NSW. 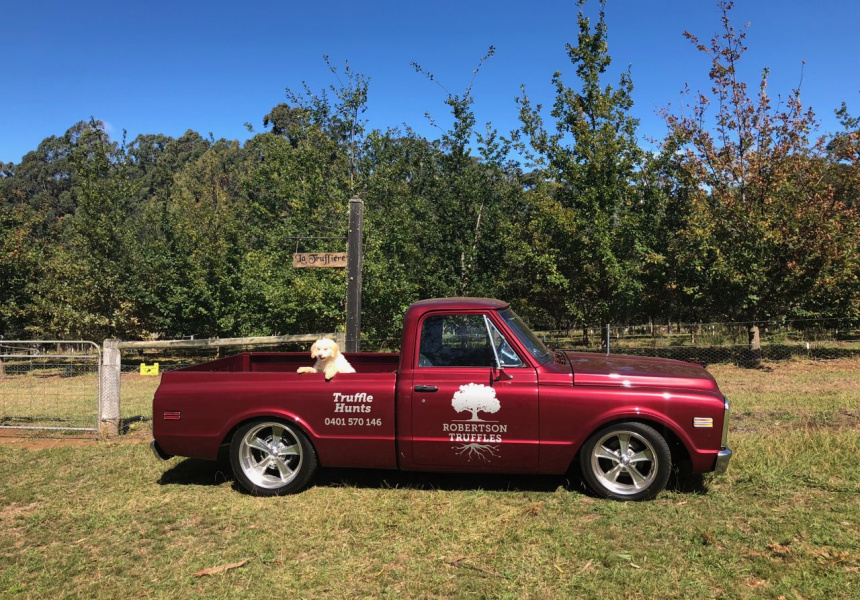 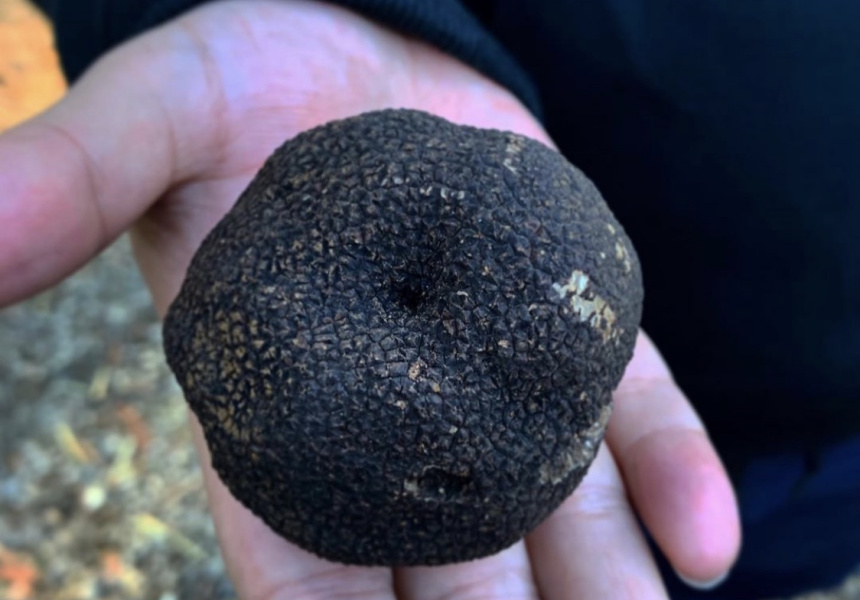 In light of the continuing COVID-19 situation, Mastercard has temporarily paused the availability of its in-person Priceless Experiences.

In 2016, Samantha Appel and John Phizacklea decided it was time for a tree change.

“We were living in Sydney, and we wanted to escape the busy lifestyle,” says Appel, who was pregnant at the time. “We wanted to live the dream of bringing up a family on a farm.”

Nearly three years later, the couple has learned a lot about truffles. Their truffière, established 15 years ago, features an acre of oak trees that have been inoculated with the subterranean ascomycete fungus that produces the gourmet delicacy. “It’s a symbiotic relationship, so the tree provides the truffle with carbohydrate, and then the truffle provides the tree with nutrients,” says Appel. “Together they form the fruiting fungus, which grows below the ground.”

Truffle cultivation requires winter temperatures between zero and minus five degrees, and a frost to ripen them. “Anything colder than minus five will freeze a truffle, and anything warmer won’t ripen the truffles,” explains Appel.

A discolouration near the tree’s roots known as a “brûlé” (meaning burnt) indicates there are truffles growing beneath the soil’s surface. Historically, pigs were used to unearth the precious fungus, but today, dogs are preferred. “Pigs are too hard to pull back because they like to eat the truffles,” says Appel. “Dogs are much more manageable … We use their scent detection to indicate where the truffles are growing under the ground.”

Twice a week during harvest, Appel and Phizacklea don their winter coats and take out their truffle dogs – three Labradors and an Italian Lagotto named Bella – to work the rows. “We flag where they’ve indicated, and they’re always right,” says Appel. “If they say there’s a truffle there, it’s guaranteed there’s a truffle there.”

The unearthed truffles are scrubbed and brushed to remove the dirt for grading. The finished product is then sent off to local eateries as well as fine-dining restaurants in Sydney. In 2018, the farm produced 100 kilograms of truffles. This year, Appel expects to harvest around 140 kilograms of the fungus.

Appel and Phizacklea run farm tours and truffle hunts throughout the harvest season. For Mastercard card-holders, the experience is much more deluxe: giving small groups a more intimate and hands-on guided tour of truffle harvesting (usually only large groups get to be involved in this). In the morning, visitors are treated to a cheese tasting before heading to the truffière with the dogs to help dig up some truffles. “I like everyone to get their nose dirty and smell the soil and dig up the truffles,” says Appel. After a washing and grading demonstration, Appel invites the guests to guess the weight of a truffle harvested in the hunt, with the lucky winner becoming the proud owner of their very own truffle. Lunch is, of course, a feast of truffles: burnt honey, truffle and pumpkin soup topped with truffle shavings, followed by a truffle-infused quiche and another cheese course.

A rare luxury for most, truffles are a regular feature in Appel’s cooking. “I prefer uncooked, so I just shave it onto pasta or risotto or infuse my eggs with truffles,” she says.

Unsurprisingly, Appel and Phizacklea’s daughter, Gracie, is already a truffle connoisseur at just 18 months old. “She’s obsessed with picking up the truffles and sniffing them because she watches us do it,” says Appel, who once found the toddler arm-deep in a bucket of unwashed truffles in the laundry. “Her whole face was covered in dirt,” she recalls, laughing. 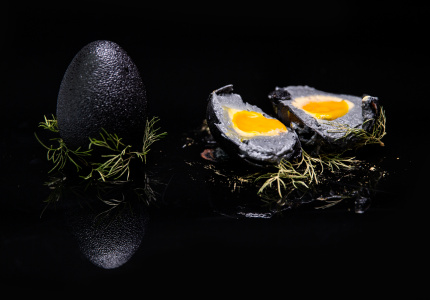