Two Good is teaming up with American Express to donate 20,000 meals to domestic violence shelters around the city. 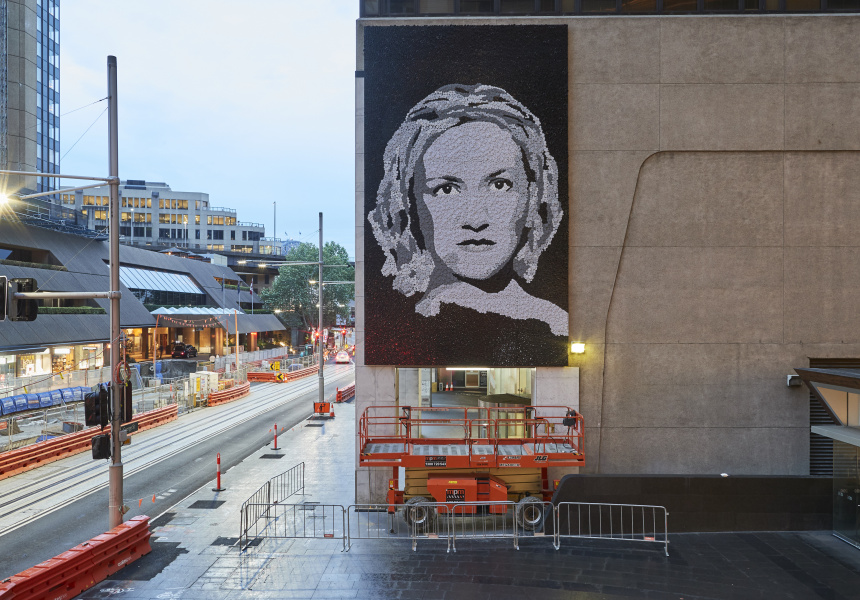 20,000 jar lids have been used to create a massive mural depicting the face of domestic violence survivor Felicity Cook. The six-metre by 10-metre artwork was installed on George Street today and sits below a message that reads “Love Shouldn’t Hurt”.

The mural is also a tribute to women affected by domestic violence in Australia.

“Not only will it [the partnership] help us triple the amount of meals we’re able to deliver to women in need each week, it will also help us double the amount of staff we hire from shelters and refuges to create the meals,” says Two Good founder Rob Caslick. “[And] further expand our kitchens in Melbourne to have a larger impact in the city.”

When you use an American Express card to buy any Deliveroo order, a Two Good meal will be delivered to a woman in need.

One of the meals destined for women in shelters is the The Kylie Kwong (Billy Kwong), with hokkien noodles, carrot, cabbage and herbs.

The mural will be on display from October 9 to 31 at 182 George Street.