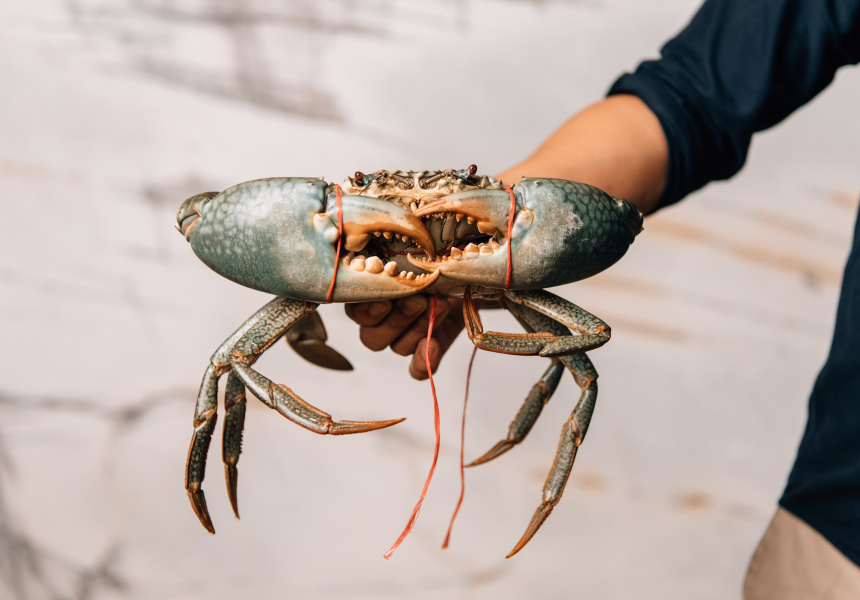 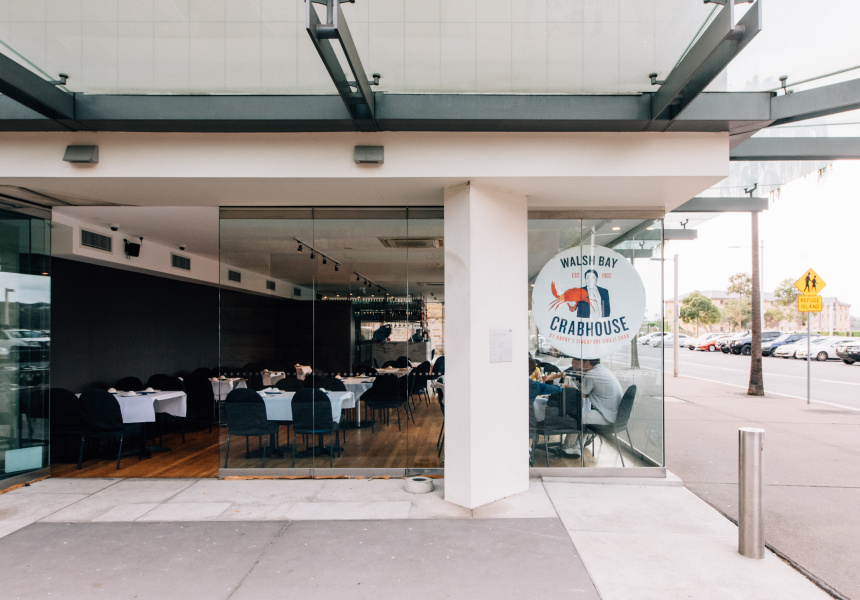 Harry Lau has been serving Singapore chilli crab to Sydney for decades. He opened his eponymous restaurant, Harry’s Singapore Chilli Crab, in Eastlakes in 1982. It later moved to Surry Hills, and for the past few years it’s called Elizabeth Street in the CBD home. In the early days, Lau didn’t bother with branding or recruiting designers to fit out the space – he just focused on what made people want to visit again and again: his Singapore chilli crab.

Now, nearly four decades later, he’s got a new restaurant on the water called Walsh Bay Crabhouse. It’s a bit fancier, sure – there are white tablecloths (although they don’t stay that way for long), a marble bar and views of the harbour – but it’s still got that no-frills feel that people love about Harry’s.

But Walsh Bay Crabhouse isn’t just a carbon copy of Harry’s. “About 60 per cent of the dishes are different to Harry’s [CBD],” says owner Andy Jeme, who started working at Harry’s when he was 18 and ended up marrying Lau’s daughter Elaine. He's been running the restaurant since 2004.

Fresh on the Walsh Bay menu: sea urchins that are steamed in egg in their shell; Wagyu prepared three ways (Mongolian-style, black pepper, or vegetables and garlic); and a double-decker seafood platter for two. The menu doesn’t restrict itself to fancy seafood – there’s also salt-and-pepper tofu; fried eggplant with vinegar; Peking duck; and slow-cooked pork belly. And then, of course, there’s the mud crab – all 17 iterations of it.

While the Singapore chilli crab brings in the crowds (both in Sydney and in Singapore, where it’s considered the national dish), Jeme says his regulars love the black-pepper crab. Instead of being cooked in a chilli sauce, the crab is fried with black pepper, making it drier and more fragrant. You can also get crab tossed with butter and garlic; with XO and vermicelli; ginger and shallots; and steamed with Chinese rice wine. It’s ordered by weight and the cost is based on market price (it's currently $148 per kilo).

“I go to the airport every two or three days to pick up a new delivery from northern Queensland,” says Jeme. “We pick the cream of the crop, and the rest gets distributed to the fish markets and other restaurants … The quality of our product is the most important thing to us. You cannot freeze crab, absolutely not.”