Visit the Chinese Garden of Friendship for artisan tea and food by an acclaimed Singaporean-Chinese chef. 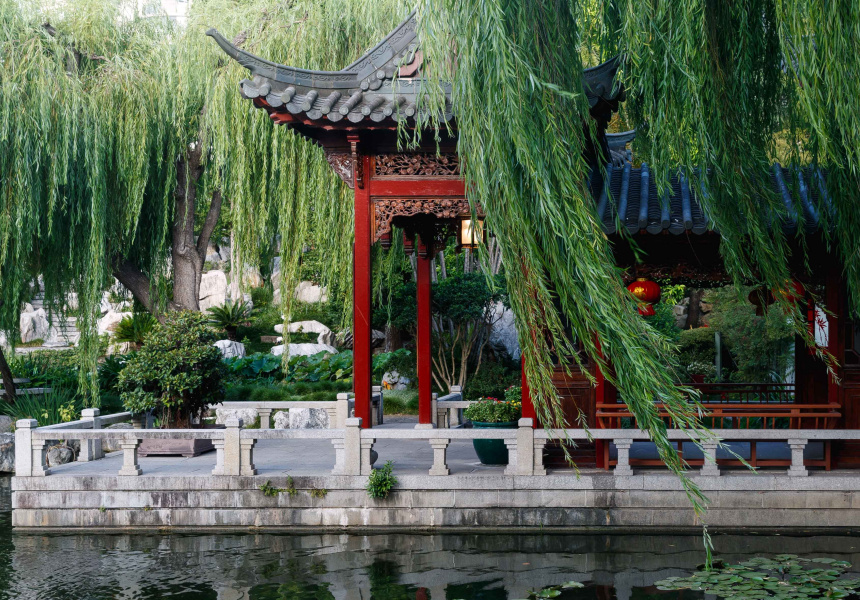 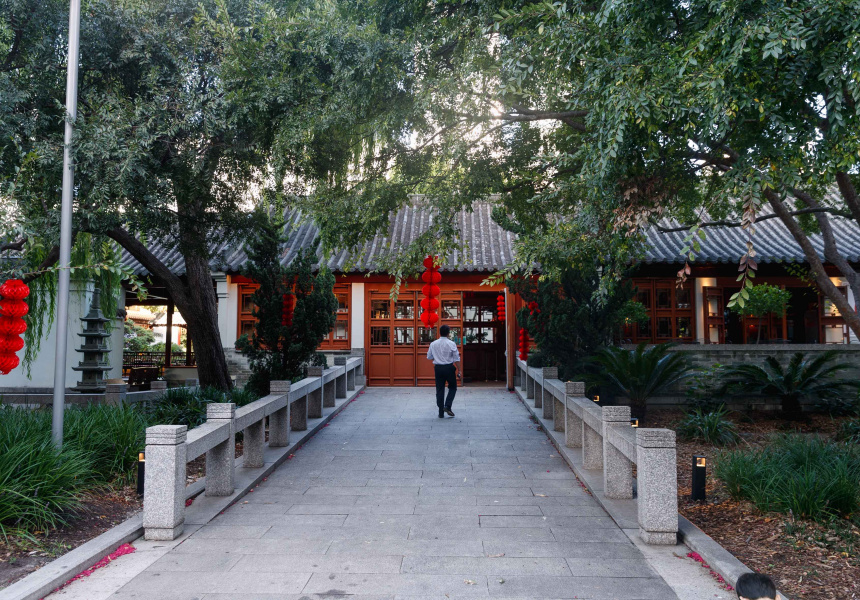 How about this as a backdrop for drinking tea and eating dumplings: Chinese tile-roof structures styled like ancient pagodas, bamboo forests sprayed like giant fans, and a pond speckled with lilies and the occasional carp.

This is the scene at Gardens by Lotus, a new Lotus Dining restaurant and bar in the tea house within Darling Harbour’s Chinese Garden of Friendship.

It’s modelled on the group’s main line of restaurants (Walsh Bay, CBD and Barangaroo) – a template that delivers dumplings and modern Chinese food in a modern-Australian restaurant setting. This new one, though, eschews the format.

The first difference is it isn’t in a standard four-wall structure – it’s in a heritage-listed tea house set within a 30-year-old semi-wild Chinese garden designed by architects and gardeners in Guangzhou, the capital of the province of Guangdong in southern China. “This is such a beautiful location,” says Michael Jiang, the owner and director of Lotus Dining. “We didn't want to change anything, we just added a bit of colour and some soft decoration.”

The other difference is Cheung Shui Yip, an acclaimed Singaporean-Chinese chef who was brought in to design the menu with Mindy Woods (now Lotus’s director of cuisine). Together they’ve brought a Southeast Asian touch and dim sum expertise to the restaurant’s succinct and mostly affordable menu. “It’s the same focus on quality produce but there’s a bit of spicy influence, some influence from Sichuan, too,” says Jiang.

In line with the history of the venue, Chinese tea – most of it traditional and ethically sourced – is as much a focus as the edible side of the menu. Jiang says TWG, a tea cafe chain in Singapore, inspired him and his team. “There you have really high-end premium tea, but also medium range tea … A lot of people [here] think Chinese tea should be cheap – maybe that perception comes from Chinatown 15 years ago when all tea was very cheap – but the quality wasn't good, not to a tea expert. We want to lead a trend [for Sydneysiders to] appreciate high quality teas.”

This article first appeared on Broadsheet on February 14, 2019. Menu items may have changed since publication. 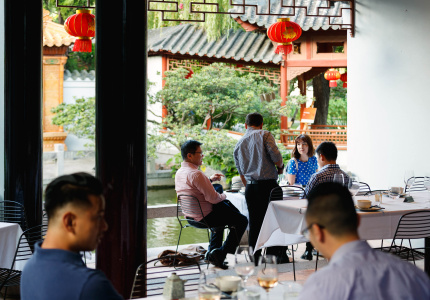 The Gardens By Lotus