Gardener’s Lodge: Creamy Lasagnes and Blistered Calzones in the Park, by a Gigi’s Pizza Chef 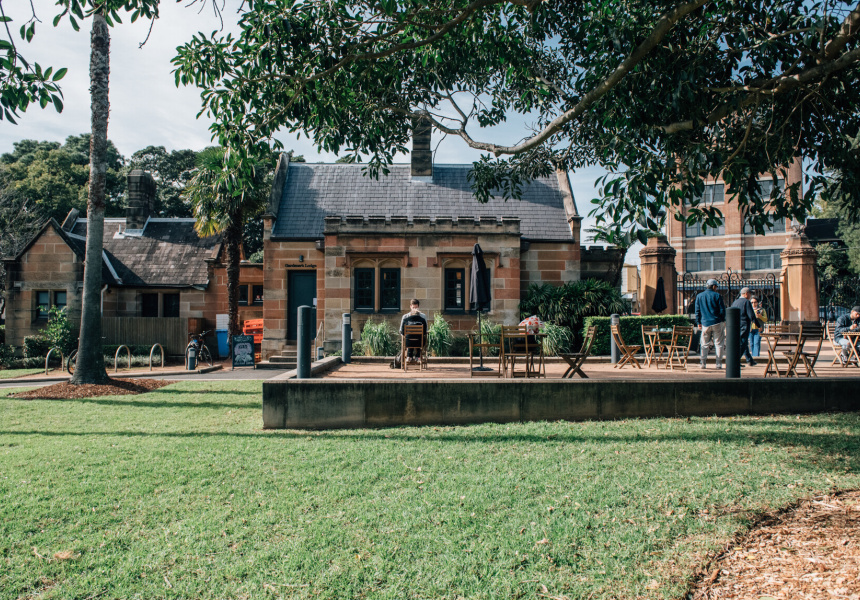 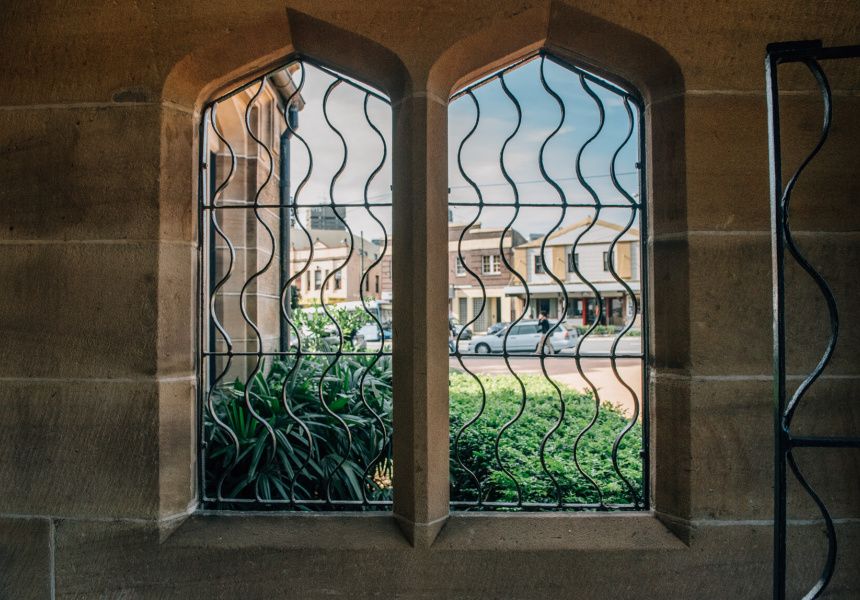 You know that beautiful sandstone building by the pond in Victoria Park, near Broadway shopping centre? That 19th-century Victorian gothic building – replete with a courtyard and parapet – is now a place to eat really good lasagne.

Jessica and Charles Ndibe took over Gardener’s Lodge earlier this year. They had been looking for a hole-in-the-wall spot in the CBD to serve coffees with their business partner, Aldo Cozzi (the man behind Flying Pig, an organic coffee roaster producing beans to match the flavour profile of plant-based milks) to educate Sydneysiders about plant-based food. But then they heard about Victoria Park’s sun-drenched, tree-lined lodge.

“It would have just been a barista and one other person,” says Ndibe. “[But] when this place came up we had to put an application in. It’s a magic spot.”

Having only coffee at the lodge was never going to cut it, so Gardener’s Lodge is a fully-fledged cafe selling plant-based creations by her brother Marco Matino – the pizza maestro at Newtown vegan joint Gigi’s Pizzeria – and her own plant-based interpretations of southern-Italian cuisine.

Matino’s lasagnes and calzones are exceptional. The lasagne has the same texture and umami-loaded richness of a meaty version – if you didn’t know it was made without meat and dairy, you’d never pick it. The calzone is made with expertly smoky, blistered and elastic dough, which envelop a fresh mix of San Marzano tomatoes, spinach and a creamy ricotta substitute. “OMG, my brother – he’s actually had a marriage proposal over this lasagne. And someone called him God,” says Ndibe.

There’s also a lunchtime roster of paninis and salads that incorporate the latest dairy and meat replacements for schnitzel, mozzarella and even blue cheese (the latter confuses cheese eaters at Gigi’s, too).

The breakfast list is shorter, including a not-ham-and-cheese toastie, zucchini fritters and avo bruschetta. Ndibe has plans for the future: an endive and lentil soup, more pastas and southern-Italian baked goods. “I've got all these recipes from ’70s cookbooks my parents brought back [from Italy]," she says. "The recipes are funny, they’re in dialect and they're like ‘a handful of this, and throw in a bit of that’. It's how your mum would say it.”

Her original plan for coffee is in play. “The oat and soy milks have more neutral flavours. The oat is a bit thinner; the soy is creamy. We'd recommend soy for a cappuccino and oat or macadamia for a flat white. Macadamia is really nice; lots of people who usually have dairy often prefer this. Almond definitely has a nutty flavour. We wouldn't recommend that first to someone who hadn't had a plant-based milk [before],” she says.

Ndibe says most people know the ethical and sustainable reasons why someone would switch to a plant-based lifestyle, she just wants to convince them that it tastes good too. “They want to try it but they're sceptical about it. When they're here and they have no other options, they try it. It's been amazing. Most people have really enjoyed it.”

This article first appeared on Broadsheet on June 17, 2019. Menu items may have changed since publication.