A Garden Patch for All 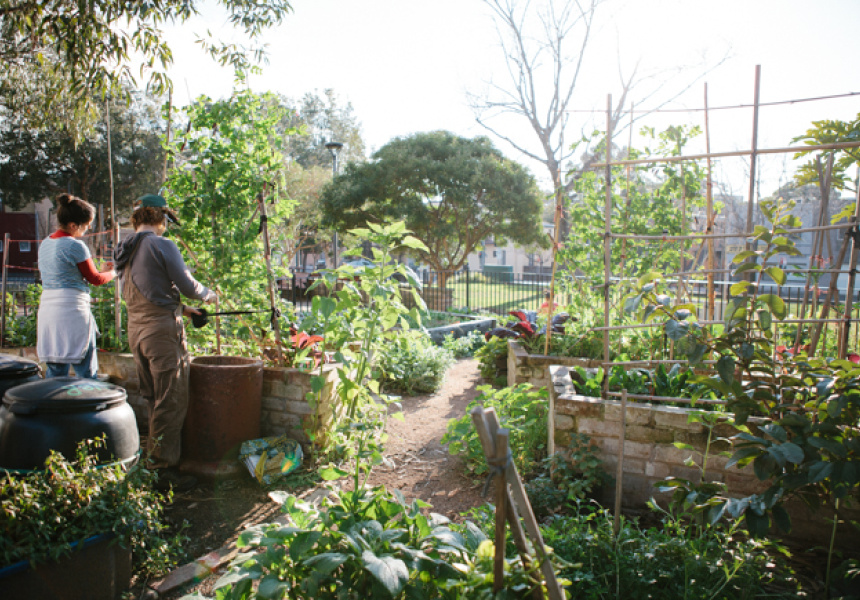 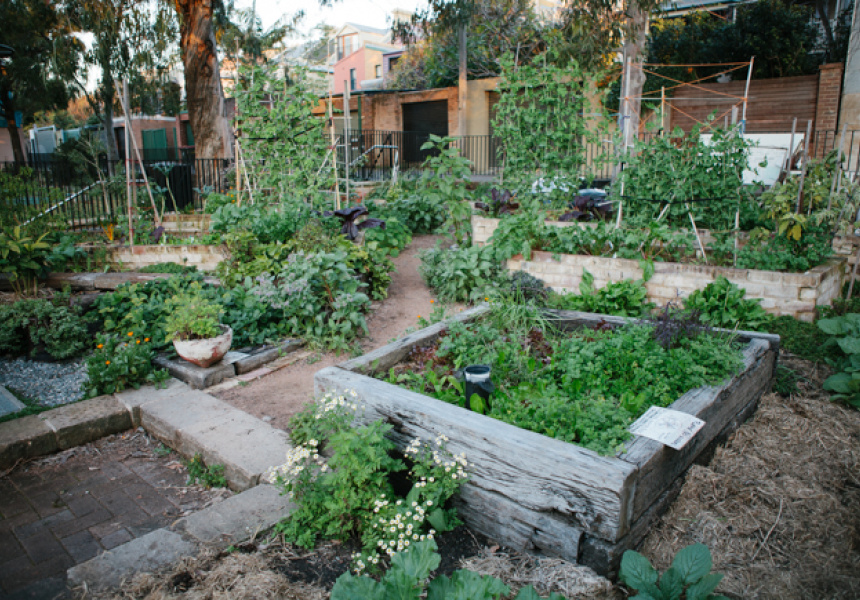 Dave Winterton brushes the dirt off the vivid pink radish he’s just pulled from the earth. It’s enormous, almost as big as a beetroot. It’s a Wednesday evening at Charlie’s Garden in Darlington, a community garden in Charles Keenan Reserve on Abercrombie Street. Every Wednesday, local residents gather here to weed, mulch, sow seeds and of course harvest produce.

There’s no shortage of labour during the long days of summer, with numbers plumped by enthusiastic uni students and interested passersby. Tonight, with dark descending not long after 5pm, there are just two gardeners, Winterton and Deb Segal. They tend the garden, pulling out plants that didn’t survive the recent weeklong deluge of rain and harvest parsley, peas and endive as well as the impressive radishes.

Charlie’s Garden is one of 17 community and three curb-side verge gardens in the City of Sydney area. Under the City of Sydney’s guidance, local residents are encouraged to make use of ‘forgotten parcels of land’, which can vary from footpaths to parkland to apartment rooftops.

Community gardens are supported by way of matching grants, a pool of funds available to neighbourhood groups that undertake projects that bring the community together. A successful grant matches contributions (cash and volunteer time) made by the community up to $10,000.

Just across Cleveland Street in Chippendale, members of local community group Sustainable Chippendale grow everything from papaya and little native berries to edible weeds, herbs, tea and vegetables in footpath gardens and planter boxes on Shepherd and Myrtle Streets.

The benefits of this program are numerous, says Lilyana Theodossiou, the University of New South Wales’ Community Development Project Coordinator, starting with giving people the chance to be outdoors. “People live in very tall high-rises, so access to green space is important. Groups have barbecues in their gardens; some people grow plants for herbal medicines and foods from their home country,” she says.

Then there’s the social aspect of the gardens. Theodossiou tells of one story in which two gardeners became great friends through the garden before realising they lived next door to each other. Sydney’s community gardens also offer residents an eco-friendly way of disposing of kitchen scraps. At Charlie’s Garden, four composting bins named after local streets (plus one named Clover in honour of Sydney’s mayor, Clover Moore) sit at the back of the enclosure.

Sustainable Chippendale manages street compost bins that are so popular that people who live outside the suburb drive to the neighbourhood to dispose of their organic waste. The clear demand for a compost waste system in the community is backed up by statistics: according to the New South Wales Environment Protection Authority food waste accounts for 38 per cent of garbage in kerbside bins and a huge 315 kilograms of food waste per New South Wales household per year.

While the oldest Housing NSW community garden is over 20 years old, there is the sense that urban gardening is growing as a movement. Grow It Local, an online movement linking people’s ‘patches’ (their backyard and balcony gardens) into a virtual community, has hosted successful crowd-farming events in the city.

It’s an online community that spills over into the real world. Jess Miller from Grow It Local attributes the popularity of crowd-farming events in part to their social nature. “It gives people an excuse to meet other people in their community,” she says.

Urban farming is really taking off, Miller continues, as people try to close the loop. “We try to connect growing with eating,” she says, “and also sharing.”