The building’s original architectural features have been uncovered, and the menu of pub classics has been refined – but there’s still a spot on the lawn to leave your board while you pop in for fish’n’chips. 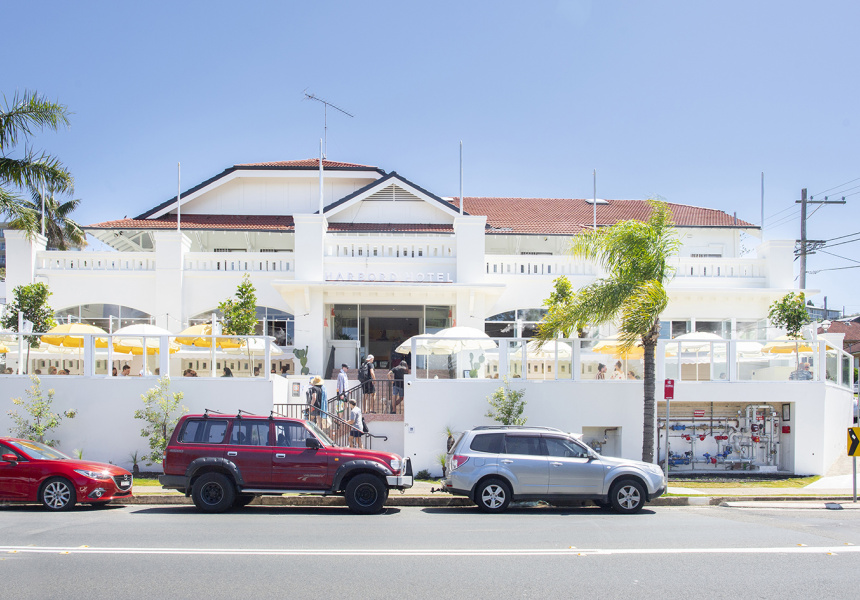 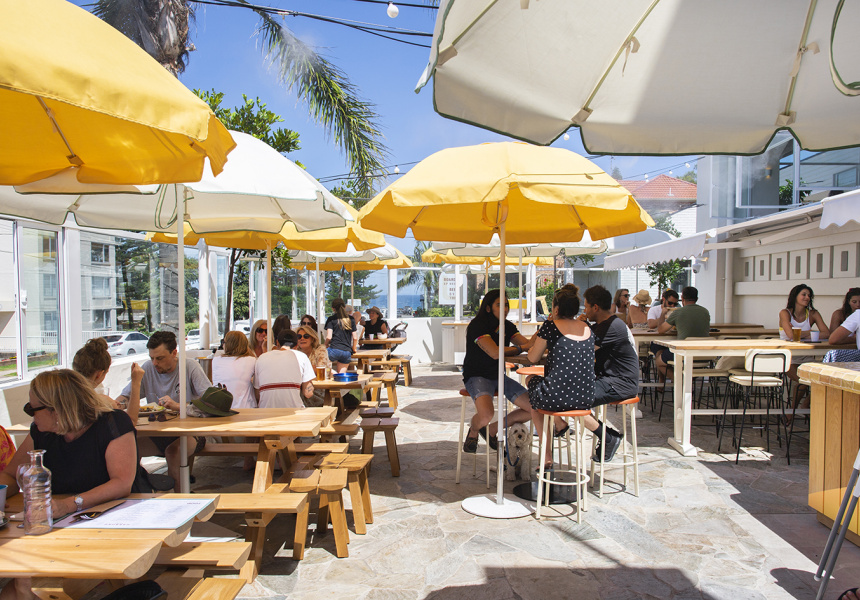 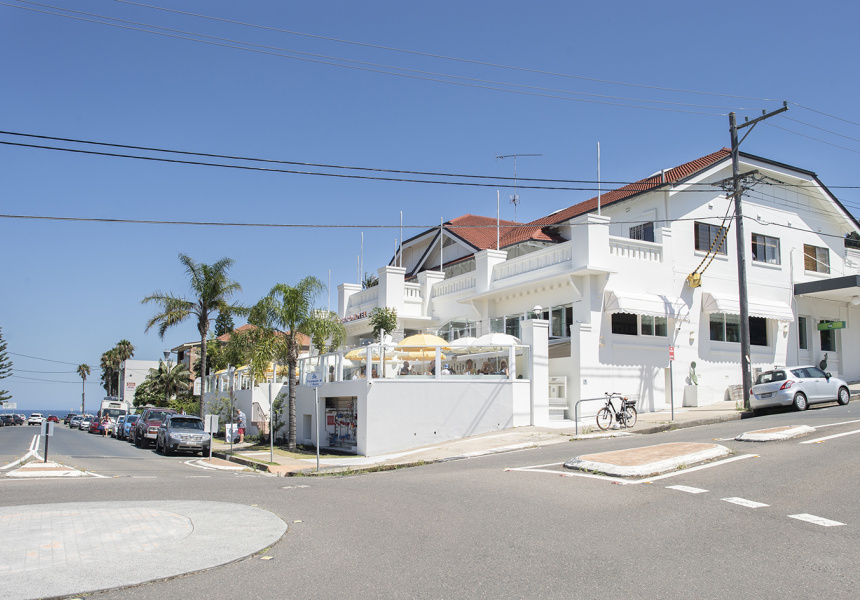 The Harbord Beach Hotel – now simply called the Harbord Hotel – has stood a few blocks from Freshwater’s beachfront since 1928. And until last year, it hadn’t changed hands since the ’80s.

“It’s a huge responsibility to take on a hotel that’s been here so long and that’s meant so much to the community,” co-owner Glenn Piper tells Broadsheet. Piper and business partner Lachlan Cottee bought the hotel in 2020, and they’ve recently reopened most of the venue following a renovation.

The pair has done a good job of reimagining the hotel while respecting its history.

“To move forward we had to look at the past, drawing inspiration from a defining moment for Australia and the Freshwater community: when the Americans came for the Melbourne Olympics in 1956 and brought a Malibu surfboard made of balsawood,” Piper says. The boards were a more lightweight alternative to the heavy racing boards previously used by Australian surfers.

“That board gave freedom to surfers. They could throw it on the roof of the car, or carry it down to the beach. A group of board-shapers started replicating those American boards, and we’ve got six of their boards displayed around the hotel.”

Long lunches on the pretty verandah might feature North Queensland tiger-prawn cocktails; green bowls with woodfired salmon; or raw tuna tostadas. Woodfired flatbreads come topped with zucchini flowers and ricotta, or prosciutto, roasted peach and gorgonzola. But the hotel is equally a place for barefoot surfers to prop their boards on the outdoor racks and come in for a rump steak with chips, or potato scallops with wakame vinegar and salt.

A restaurant within the pub, Balsa, is slated to open in February. Its menu will be built around salt, wood and smoke.

The drinks menu has also been overhauled. Margarita glasses are rimmed with smoked-chilli salt; a concise wine list complements the food menu; and Sydney breweries such as Young Henrys, Batch and Philter are tapped alongside Coopers and Tooheys New.

In revamping the Harbord, the new owners have also been rediscovering and restoring lots of design features. “During the build we uncovered a lot of heritage elements that had been covered up over the years – many of them we didn’t even know were there,” says Piper.

More of the signature breezeblocks that feature around building were uncovered under the windowsills. “The entry stair is a heritage feature and it was boarded up, and the windows were boxed in. We pulled off all the gyprock and found all these arches.”

The reopening was delayed when the Covid-19 outbreak locked down the northern beaches over Christmas, but the community has proven resilient and the venue has a celebratory mood. On the weekends there’s live music outdoors, and the plan is to bring musicians from out of state when Australians can easily cross borders again.

“Right now we’re doing more solo acoustic artists, but eventually we want to have surf bands like Great Gable and Shag Rock from interstate. That’s put on pause for now, but we’re looking forward to when people can get up and have a bit of a dance again,” says Piper.