Foys Kirribilli Opens on the Water

Sydney’s oldest open-boat sailing club introduces two new eateries, with the former owner of Bird and Bear at the helm. 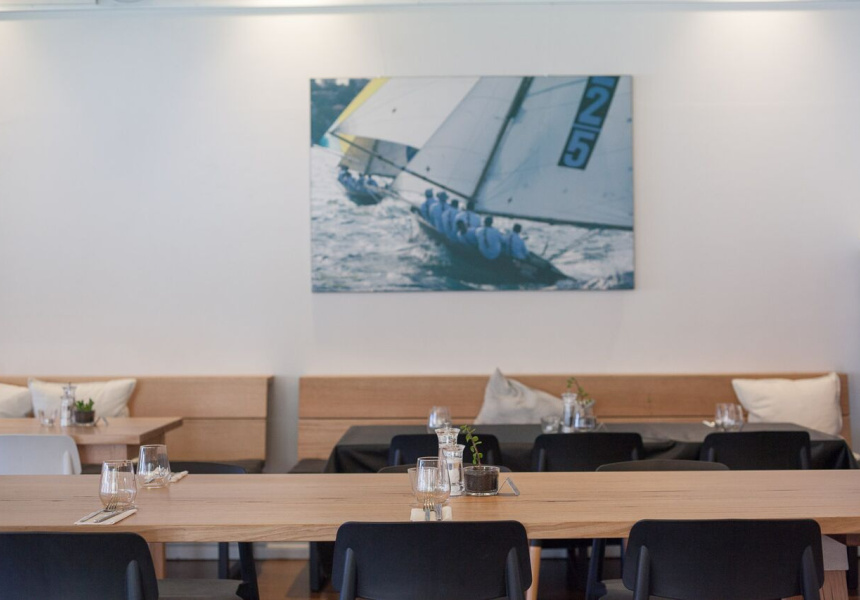 Adam Marshall, formerly of Bird and Bear in Elizabeth Bay, has given the 124-year-old Sydney Flying Squadron sailing club a facelift. After four months of remodelling, Foys Kirribilli restaurant is now open with the Flying Bear cafe soon to follow.

When his original proposal to put a shipping container cafe-restaurant on the site of the former restaurant was met with a request to revamp the entire club, Marshall took the lead. The rich history of the sailing club – Sydney’s oldest – is reinvigorated in the remodel with two eateries split over two levels, both with extensive waterfront views and open-air seating. The main restaurant, Foys (which is named after the clubs’ founder, Mark Foy), is upstairs. It is Nordic-minimalist, with clean white lines and a selection of the club’s memorabilia on display.

“The memorabilia was being lost in its abundance,” Marshall says. “We’ve celebrated some of the main pieces. The more prominent sailing pictures of the boats capture a timeline of the club.”

Flying Bear – the lower area on the waterfront and accessible by path from Milson Park next door – will open in about two weeks. It’s inspired by Bird and Bear and features lots of foliage. And then there’s the takeaway.

“We hope the cafe will attract boat users because they’ll have a spot where they can pull up and park and get coffee,” Marshall says. “Foys is one of the most-unique venues in Sydney Harbour in that you can pull up on your boat and grab a little bottle of champers.”

Foys’ new menu combines classic club favourites with modern flair. Head chef Fernando Sanchez’s (formerly of Food Society) emphasis on quality produce invigorates dishes such as the lime-, cumin- and tequila-cured Tasmanian salmon (cured in-house) with crème fraiche and slivers of sourdough. There are share plates of whole-roasted lemon sole; slow-roasted lamb shoulder; and cheese boards with house-made condiments, such as the fig jam or the apple and garlic puree.

Classics include fish and chips and chicken schnitzel, and the banoffee dessert (a star on the menu, with textured banana bits, toffee paste and unsweetened cream).

“Not many clubs have 125 years of history. It’s pretty unique. And we’ve made the space reflect that by keeping it clean and making the location and its memorabilia the hero,” says Marshall. “It’s been a great start and it’s just getting stronger and stronger.”

Flying Bear will be open for breakfast and lunch, Tuesday to Sunday.