With salad sangas on house-baked bread on an inner-city corner, a hole in the wall putting layer upon layer of cold cuts on paninis, and tuna melts with a dash of wasabi in Surry Hills all on the menu, it’s a good time to be a sarnie-lover in Sydney. 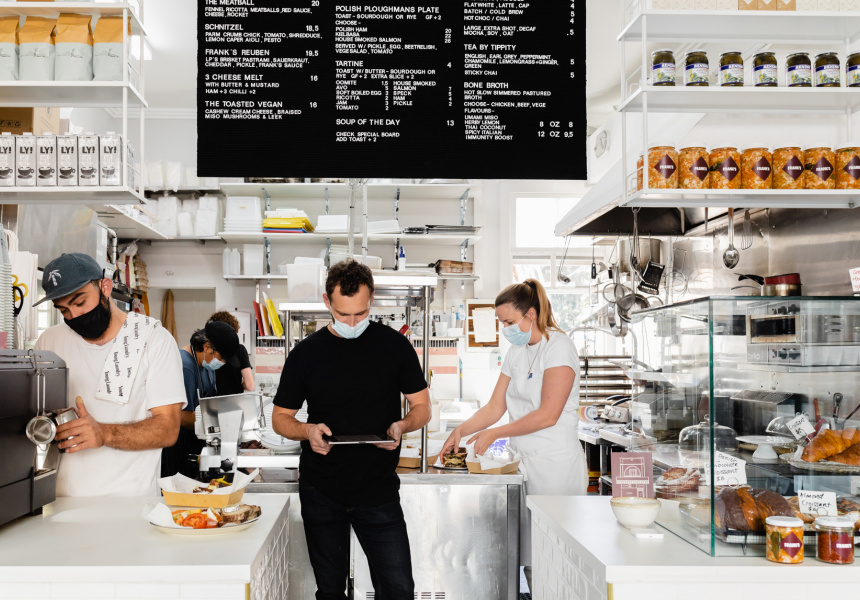 On paper, sandwiches don’t inspire awe – visions of soggy salad sangas and Vegemite and cheese in school lunchboxes might immediately come to mind. But push those thoughts aside: Sydney’s in the throes of a sandwich renaissance. Last year we scored heavy-hitters including Fabbrica and Small’s Deli, and over the past few months the hits have kept coming. These sanga shops prove bread and fillings can be creative, clever and worth traversing suburbs. From a Redfern newbie, where attention to detail reigns, to a hole in the wall on a highway doing “classic, not basic” takes and a Surry Hills shop that’s colliding cuisines to delicious effect, here are four new sanga shops to hit up.

Good Ways Deli, Redfern
This corner cafe, deli and bakery is riffing on Australiana (in a broad sense), drawing on country bakeries, school canteens and Country Women’s Association recipes to inform its sandwiches and treats. It’s all about using native ingredients and goods from top producers to realise its five-sanga-strong menu.

The kangaroo mortadella has proven a hit: the cold-cut – from Marrickville’s Whole Beast Butchery – is offset with white onion, “hot” butter (butter mixed with onion, white soy and lemon juice), fermented chilli and broadleaf rocket. And the superlative chicken sandwich is a crunchy dream: poached chook and mayo are textured with celery, walnuts and apple. What’s more, everything is made on house-baked bread. Co-owner and chef Jordan McKenzie’s baking skills are also on show with old-school treats such as Vegemite-and-cheese scrolls (made with Maffra matured cheddar), Anzac biscuits and lamingtons.

And while native ingredients are used throughout, McKenzie and co-owner Tom Pye are quick to clarify that it’s never tokenistic. “We want to make sure we aren’t just putting [native ingredients] there because it sounds good but [because] there’s a purpose – and because it tastes good,” McKenzie told Broadsheet in May.

Kosta’s Takeaway, Rockdale
The motto at Kosta’s – a hole-in-the-wall canteen-style shop out the front of a smash-repairs workshop – is “classic, not basic”. The creativity of its chef-led team is funnelled between two slices of bread – whether that’s a panini, a schiacciata or olive-oil bun.

A trio of meats – ham, sopressa and LP’s mortadella – is layered on the Super Deli panini, along with marinated peppers and eggplant, spinach, graviera (a firm Greek cheese), fennel butter and salsa verde. The salad sanga comes on a crisp focaccia-style slice loaded up with a well-considered hodgepodge of fresh veg, including the mandatory beetroot. There are often rotating specials featuring cuts from Whole Beast Butchery, and you can jazz up your meal with extra cold-cuts, house-made relishes, pickles and ferments, or a potato scallop. Recent specials have included a truly glorious “chicken moussaka” sanga and a dry-aged sirloin sandwich with bearnaise sauce. And to think it all came about because of an oversaturation of eggs.

“Everyone loves a good sandwich and I just think everyone got caught up in going out for eggs. People were trying to recreate eggs so many times – I don’t know. It became exhausting. And running cafes is very hard, man. They’re hard work,” co-owner Benjamin Terkalas told Broadsheet in October.

“We’re having a lot more fun and being just as creative and still doing good stuff, but with sandwiches. The team has really enjoyed that.”

Theo’s Deli, Surry Hills
Theo’s Deli is anything but white bread. Sandwiches star at this new joint from the team behind Tokki in Surry Hills and upmarket Barangaroo eatery Marble – and the culture-blending that happens at those eateries is also evident in the seven signature sandwiches at Theo’s.

Take the HEC (ham, egg and cheese), a take on the bacon-and-egg roll. But it’s not just your basic bacon-and-egg roll. It’s made with smoked ham hock, a fried egg, chips, malt-vinegar mayo and a mustard-pickle relish. And the tuna melt has a dash of wasabi in its cheesy mayo mix for a bit of a kick.

“There’s nowhere to hide with sandwiches,” owner David Bae tells Broadsheet. “You’ve got to get the flavour and balance right.”

Frank’s Deli, Waverley
The great delis of New York – think Katz’s Delicatessen, Russ & Daughters and Frankel’s – have inspired Frank’s Deli, which is anchored by its owners’ Polish heritage. And so the menu is heavy on sandwiches with sliced cheese, pickles and thick cuts of meat. The star of the show so far is the Breakfast Sammy, loaded with a thick slice of LP’s brisket pastrami, egg, cheese and a sauce made with paprika, horseradish, fermented pickle and dill.

A trio of cheeses – Maffra cheddar, provolone and pecorino – fill the 3 Cheese Melt, a dashing take on the humble cheese toastie, and there’s a Reuben made with speck. Other options include pork and meatballs on ciabatta, a schnitty served on a milk bun, and a vegan toastie that’s packed with miso-and-rosemary braised mushrooms, cashew cream cheese and pesto.

“We are taking our family’s traditions and giving them to the public to try,” co-owner Sammy Jakubiak told Broadsheet in October. “We want to serve the classics and create something that can last the test of time.” 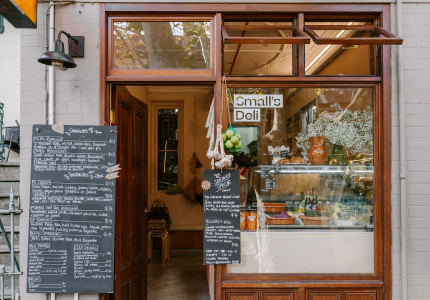