Mary's at The Cliff Dive

Paddington’s sunken Reservoir Gardens is an unexpected oasis in the city and here’s your chance to see it transformed into a virtual swimming pool. From 6pm every night until May 24, a light-and-sound installation by artist and architect Dale Jones-Evans will come to life: worth checking out as a warm-up for Vivid.

From here, it’s a short stroll to the Palace Verona cinema, which is still screening the thoughtful and intelligent fashion documentary Dior and I, at 6.30pm. Noah Baumbach's offbeat comedy While We're Young (starring Ben Stiller, Naomi Watts, Adam Driver and Amanda Seyfried) screens at 9.30pm.

Oxford Street pizzeria Love Supreme has re-opened with a facelift after water damage put it out of action. Its pizzas are now cooked in a wood-fired oven imported from Italy. A shipment of boutique Italian wines has also just arrived, if calzones aren’t incentive enough.

Weird and Wonderful in the Inner West

For yet more interesting food and drink options in the inner west, head to Enmore Road where eateries such as Bauhaus West (think crusted wagyu rump with sweet potato, caramelised walnuts and triple-cooked fries) and The Gretz (oysters and cocktails) are thinking outside of the box.

Take a chance on some stand-up comedy with a fairground twist, as FBi Radio regular Seaton Kay-Smith performs The Carnival of Regret The Haunted Fairground at the Factory Theatre in Marrickville, from 8.15pm.

Just 10 minutes down the road is the cosy Gasoline Pony, a bar that resembles a shabby share house (for all its charms), serving wine, ciders and craft beers from brewers including The Grifter, Batch Brewing Co, Young Henrys, Willie the Boatman and Shenanigans.

From one living room to another: if you want to sink into an armchair sipping cocktails until way past your bedtime, nip down the road to Marrickville’s jazz lounge, LazyBones. You’ll find there’s a cover charge but also live music, bar food, velvet curtains and chandeliers.

Sweet Treats and Theatrics Out West

Parramatta’s Anywhere Theatre Festival has some excellent events to keep you busy this evening. The original vampire movie, 1922 silent cult classic Nosferatu, is scored by a live band tonight at 9pm. And to fast-forward to now, head to Horwood car park between 8pm–10pm to see recent video work from some of Australia’s leading contemporary artists.

While you’re here, take advantage of Gelato Messina’s ever-growing empire by stopping off at its Church Street, Parramatta branch – open for sweet treats until 11.30pm.

If you decide it’s too cold for gelato, head down the road to Silverwater, the current location of The Knafeh Bakery, a re-purposed shipping container selling a traditional dessert from Jerusalem. Its creators describe knafeh as a, “sweet cheese semolina pudding with a fine crumbing mixture on top that is baked crisp to create a crunchy, crumble coating with a hot, oozing centre.” That’ll warm you.

Around the World in Darlinghurst

Winter? Who said anything about winter?

Playa Takeria is colourful, tropical and based on the traditional taquerias of Mexico. Its menu includes Tulum tostaditas with fish ceviche and grilled-chicken burritos with chipotle salsa and its cocktails mean business. Try the Mezcalina (mezcal, agave syrup, lime and a secret ingredient) or the Playa del Carmen Paloma (tequila blanco, soda, salt rim and lime).

Take a trip to South Africa for a Sydney exclusive of the remastered re-release of Roar (1981) at the Golden Age Cinema and Bar at 9pm. Director Noel Marshall, his wife Tippi Hedren and their children play a family who live harmoniously with a menagerie of wild animals including lions, tigers, leopards and elephants. 70 crew members were harmed in making this dangerous film: it has to be seen to be believed.

Throw yourself in at the deep end at The Cliff Dive – the nightclub now doing Mary’s kebabs. The food itself might have an Aussie influence – slow roasted lamb neck with XO sauce and pickled turnip stalks, for example – but your surrounds will be totally foreign: a Papua New Guinean dance hall with Pacific kitsch and tropical cocktails. 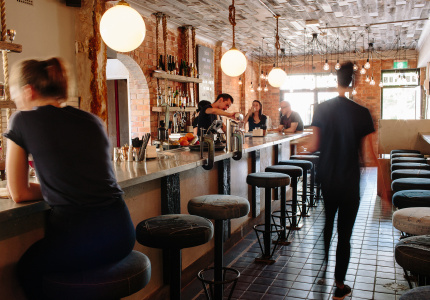 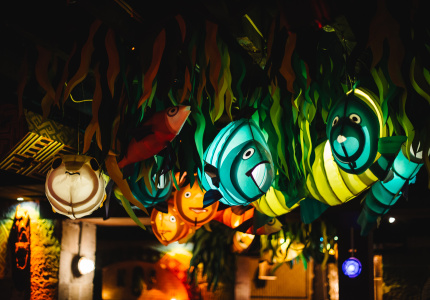