Including an oregano number “so right” our writer burns his mouth in his haste to eat it every time, a za’atar and vegetables wrap you can eat one-handed from one of the Sydney food scene’s biggest ballers, and a spicy sausage manoush that’s a “fantastic spicy experience”. 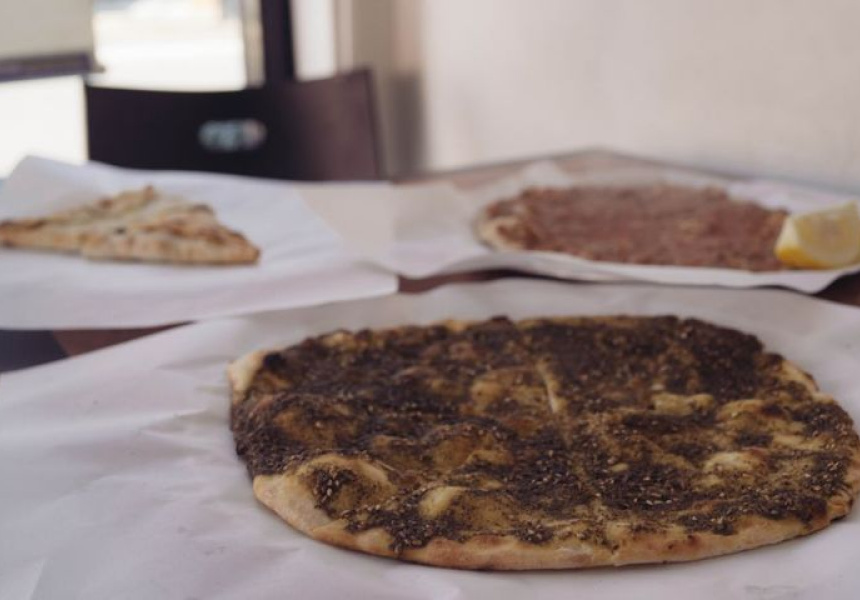 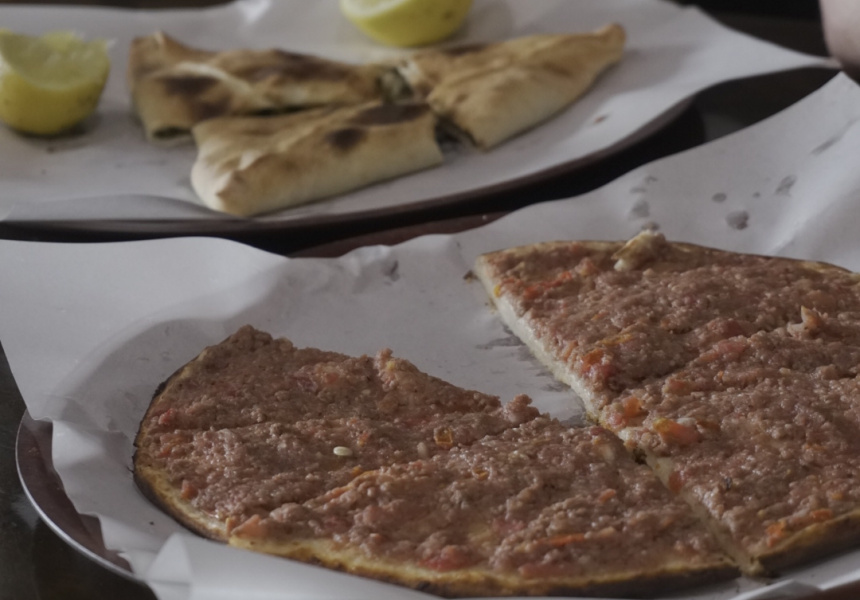 Manoush is best described using three simple words: Lebanese breakfast pizza. If you’ve spent time in any of the Sydney suburbs that the Lebanese Australian community calls home, you’ve no doubt started your day with a few discs of crisp pastry topped with za’atar, meat or cheese. Manoush is up there with the best breakfasts in the world, and Sydney is lucky enough to have more places to get it than any other city in Australia; if you go to suburbs like Merrylands, Guildford and Campsie you’ll be spoilt for choice, with multiple bakeries to dine in. But the best suburb for manoush? That would have to be Granville, which has so many manoush bakeries that you need both hands to count them.

To celebrate this week’s inaugural Good Vibes Granville street festival, here are the top five manoush joints in Granville and what to order at each of them.

Za’atar and vegetables wrap at Khoder’s Pizza Cafe – $4
Khoder’s Pizza Cafe, across the road from Granville Station, is the best all-rounder manoush spot in the suburb, which makes it one of the best in Sydney full stop. Khoder, the head chef and owner, used to work at Saada Bakery up the road (more about them below), but a family dispute sent him packing his bags and opening up a rival bakery five doors down, which is one of the most baller moves anyone in the Sydney food industry has ever made.

It’s easy to recommend everything on Khoder’s menu – the lahm bi ajeen (meat) and spinach and cheese are god-tier manoush for me – but the thing I’ve eaten the most over the years is the za’atar and vegetables wrap. This is a manoush spread with za’atar (a mix of oregano, sesame seeds, sumac and oil), pulled straight out of the oven and topped with fresh vegetables. A lot of spots do this but only put olives and tomatoes on top; Khoder’s also adds slices of cucumber, red onion and mint leaves, which makes it extra delicious and, at only four bucks, one of the best value meals in Sydney. Best of all, you can eat it with one hand, something you’ll see every truckie doing as they make their way through Granville.

Cheese and sujuk manoush at Saada Bakery – $8
When I first moved to Granville in 2011, my Lebanese father-in-law greeted me with a bag full of manoush from Saada Bakery, which had been his go-to spot for years. He wasn’t my father-in-law yet; in fact just one year later I called him on my way to buy breakfast from Saada Bakery and asked him if I could marry his daughter. I returned home with a few boxes of manoush and an engagement ring! So Saada Bakery will always have a special place in my heart, even though Khoder moved down the road.

Saada is a classic manoush bakery. A lot of these places opened in the 1980s or 1990s and haven’t changed the decor much since then – or the menu. Some of the prices feel like they haven’t changed, either. I’m a huge fan of the cheese and sujuk manoush, which is kind of like the Lebanese answer to a pepperoni pizza. Sujuk is a spicy fermented sausage made from beef and lamb mince, and the oil from the sausage slices infuses with the cheese, making the whole manoush a fantastic spicy experience.

Lahm bi ajeen at Afran Lebnan Bakery – $7
Afran Lebnan is on the North Granville side of the station, in the middle of an area that’s undergoing significant development, with parts of the road partitioned off and similarly longstanding businesses closing and moving elsewhere (the beloved Tony Francis butcher across the road from Afran Lebnan moved permanently to Merrylands in 2019).

The future of this area is uncertain at the moment (the government clearly has huge development plans that no doubt involve high-rise apartments and enormous shopping centres), but I hope Afran Lebnan Bakery (and the other Lebanese businesses that have been the soul of Granville since the ’80s) are able to stick around for a few more decades. The lahm bi ajeen manoush here is my favourite in Sydney, the impossibly thin base is so crisp and the mix of lamb mince, tomatoes and spices on top so full of flavour. There are few things better than the smell that hits your nostrils when you open the cardboard pizza box that it’s inside.

Oregano wrap at T&J Xpresso – $4.50
This location used to be home to a Mina Bakery, one of Sydney’s better known manoush chains, which still has bakeries in Merrylands, Blacktown, Yagoona, Auburn and Carlton. As the name suggests, T&J Xpresso is more focused on coffee than manoush, but it still has a kitchen out the back and offers a limited manoush menu.

The oregano wrap has a great chew to it, charred on the edges with big bubbles in the dough and a generous smear of za’atar. A plain oregano wrap is a good first thing to order from a new manoush joint – if they can’t get this right the rest of the menu is probably best avoided. T&J get theirs so right that I burn the roof of my mouth because I’m too impatient to let it cool down before devouring it.

Spinach and cheese pide at El-Daia Bakery – $9
El-Daia is the furthest from the centre of Granville, but it’s worth the slightly longer travel time. A huge display cabinet greets you as you enter, filled with mini manoush and pides to choose from, including manoush dough wrapped around a frankfurt, which I’m sure would be a game changer at a kids’ party.

The pide selection here is the best reason to visit. The spinach and cheese pide is a big puff of green goodness stuffed into a pastry triangle, cooked till golden brown. The more charred the better, I say. A shanklish pide (shanklish are balls of dried yoghurt) comes out of the oven almost black on top, then sprayed with a little olive oil and served to the customer in front of me. I’ve gotta go back to try that next time, preferably on a day where I haven’t already eaten manoush at four other bakeries first.

Good Vibes Granville is a street festival taking place on South Street, Granville, all week, from May 16 to 22. It’s showcasing the diverse food and dynamic music and art scene in the area. By day there are activities for kids and families to take part in, and each night there will be performances from emerging western Sydney artists, musicians and DJs.

It’s the perfect opportunity to enjoy Granville’s excellent food culture, from the manoush to the charcoal chicken, Lebanese sweets and more. 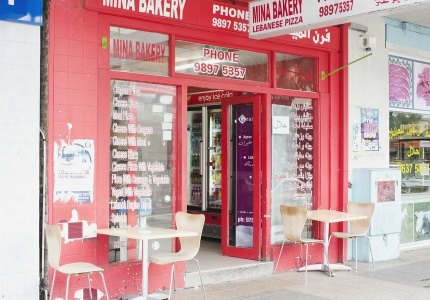