From a ’90s rock‘n’roll tavern to a European saloon, your new favourite drinking hole is in here. 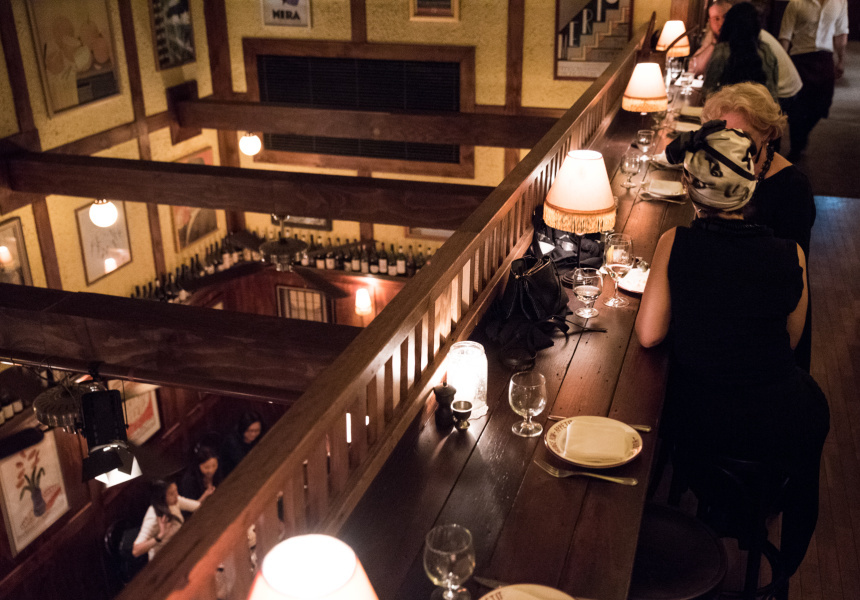 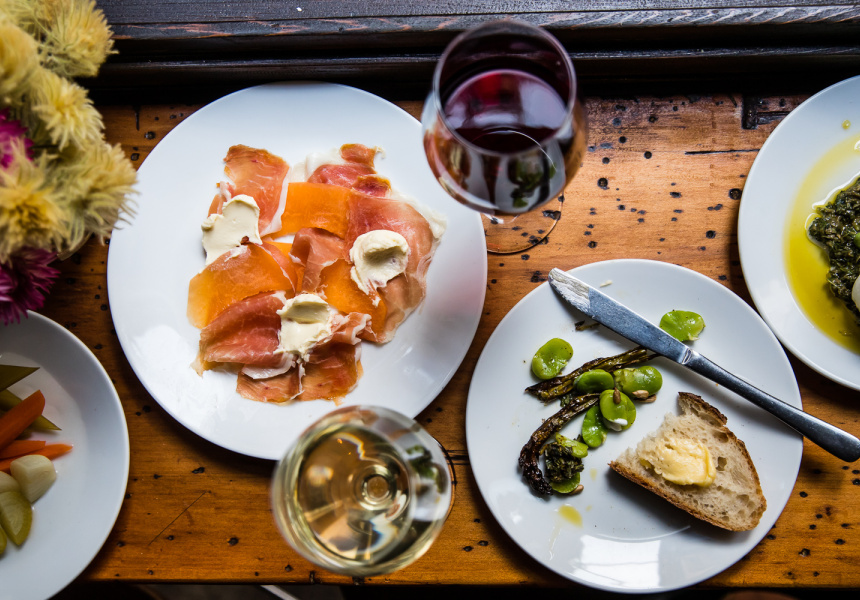 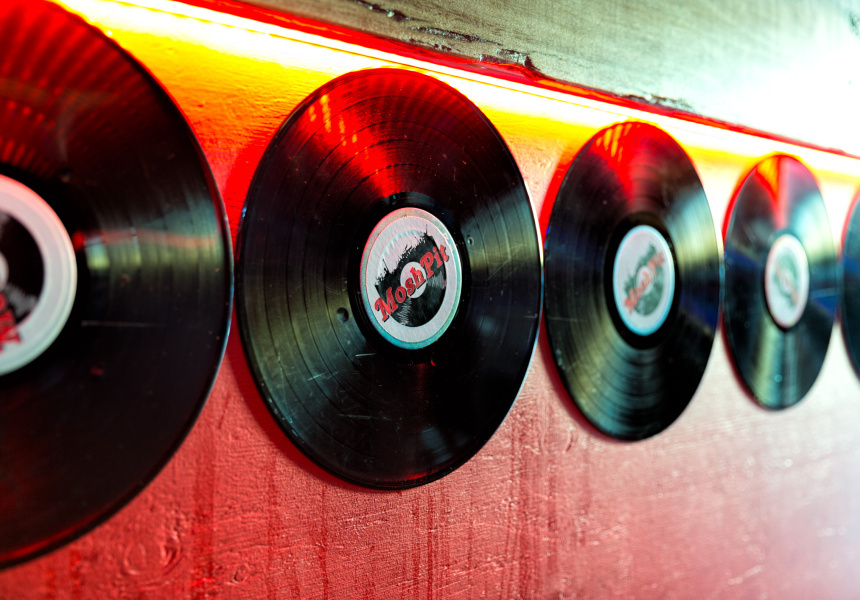 Over the past six months, we’ve been to restaurants around the city and wondered: “This is great, but where’s the smaller, more exclusive drinking hole on the premises?” The fact that smaller bars within a venue are increasingly more common shows how the restaurant game has become more hybrid. The best thing about going small is the offering is executed to the ninth degree. As well as this, we’ve seen a couple of themed stand-alones that are worth a visit.

Bridge Bon Apétit
Descend one set of stairs at Hubert but don’t go any further to avoid missing the secluded wine bar on the landing. Heavy wooden doors swing open promptly at 6pm, giving way to a dimly lit mezzanine that’s as intimate as the 6pm train home. Find a stool at one of the two counters and gaze into a well-lit glass box where chefs anchor roe onto little boats and slice kingfish. Once the door slides shut, you wouldn’t know people are inside nursing Caper Martinis, phenomenal caviar omelettes and succulent pot-au-feu.

Chin Chin’s Go Go Bar
More than just an overflow for Chin Chin, Go Go Bar is set in what feels like a concrete bunker. Once you’ve arrived at the fluoro-pink neon bunny, turn left and you’re there. While the interior is somewhat cold, the festival of people lining concrete booths (propounded by the booming sound system) brings warmth and an infectious energy to the space. Imposing dominatrix-style portraits by Simon Bernhardt line the walls. The menu from the restaurant is carried across here and there’s an expansive bar at the rear with lots of standing room.

Love Tilly Devine reopens
Any decent bar owner understands the danger of complacency. As soon as you’ve settled into success, another venue will open with new tricks and techniques, leaving you behind.

It’s something the owner of Darlinghurst institution, Love Tilly Devine, has turned over in his mind the past few years. Matt Swieboda has decided to reopen with a fresh look, a more sustainable menu and a wine program that demonstrates just how far we’ve come. It’s given us a chance to talk about an old favourite once again. Expect to see more vegetables on the menu beside pickles and preserves.

Dear Saint Eloise
Potts Point was in dire need of a new wine bar. While The Roosevelt and Monopole do their jobs well, there’s nowhere for a casual drink and snack. Matt Swieboda, Jasmin Natterer and Ben Abiad picked up on this too, turning their former lobster bar, Waterman’s Lobster Co., into a 40-seater European wine bar.

The wine list is equally divided between Australian and European varietals, showcasing wines that focus on volcanic soil and bringing to Sydney what people are drinking in Paris and London. The food menu changes every few days, but you can rely on burrata with fresh mint and charred bread; snake beans with pecorino; and “roe boats” of sphere-shaped potato rosti with a dollop of peachy mullet roe on top.

Moshpit
Fashion has reached back to the ’90s and it’s only fair that small bars should follow. Walking into Moshpit feels like stumbling upon a music-loving teenage boy’s bedroom without permission. It’s complete with gritty posters from Sonic Youth gigs and amateur bands playing live. The “rocktail” list is trailed by everything from the Guet Settler to the Moshjito. The friendly wine list won’t make you raise an eyebrow, and on Mondays and Tuesdays you can watch old movies or bring in your very own vinyl to play on the turntables.