Food from around the world and music to make you shake your bum (bum). 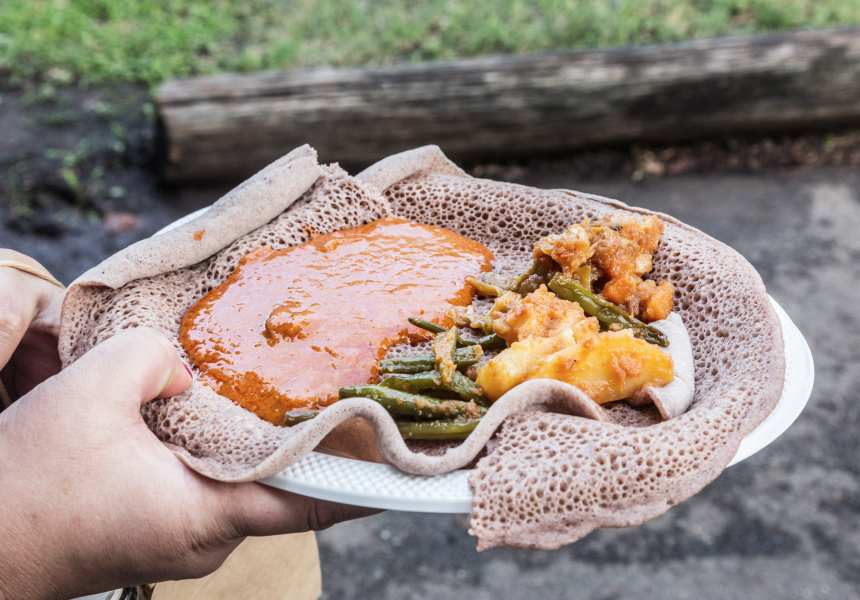 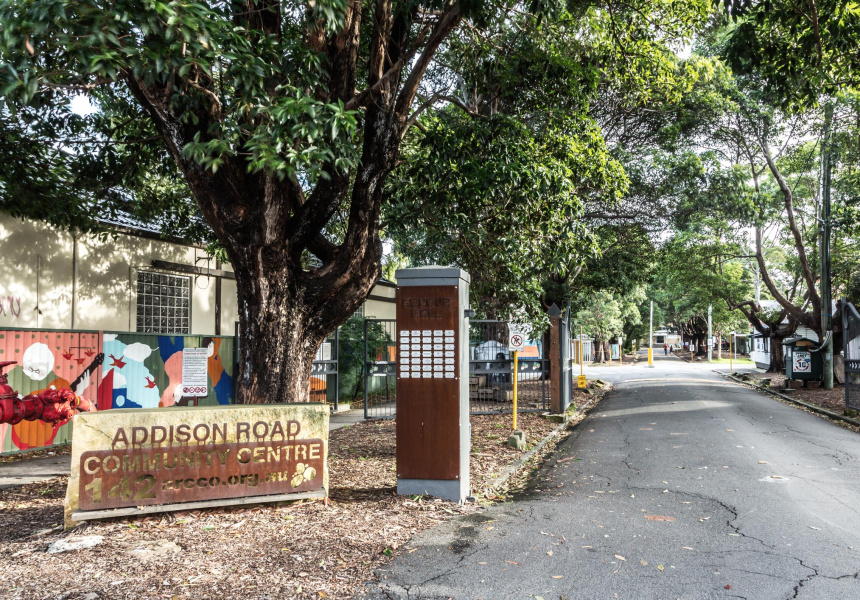 “We are all here, we are all safe,” says lead singer Gervais Koffi from the stage. “Don’t be afraid to shake your bum bum!” Koffi and the African Diaspora band break into an upbeat tune that fills the Addison Road Community Centre and floats out to the market stalls on the grass.

This is the Addison Road Street Food Markets, a joint initiative by STARTTS (NSW Service for Treatment and Rehabilitation of Torture and Trauma Survivors) and the community centre.

“We have people from everywhere,” says STARTTS facilitator, Des Dejrangsi. “Some are refugees, some are migrants, some are asylum seekers.”

The markets are a place for people to learn new skills, create an independent income and form a community. “You see after a while some people are falling down, they’re depressed. We go in and talk to them and see if we can refocus them,” he says. It’s a good cause, but apart from that, the food is great. Here are five stalls to try at the Street Food Markets this weekend.

Nooshy’s Thai Cuisine (Thailand)
Nooshy’s bright voice rises above the hubbub of the long queue as she declares, “I can’t live without chilli.” Evidently some customers can’t live without Nooshy: a pair of young girls walks by and declare, “Your food is amazing!”

Go straight for the deep-fried basa and green mango salad. The fish is fried crisp, the shredded mango is tart and crunchy, and the sauce is the perfect balance of sweet, salty, sour and, of course, spicy.

Sambooseh (Iran)
Ray is serious behind the hot plate, frying up stacks of sambooseh, a vegetable-filled triangular pastry from Iran that’s much like a samosa. The filling is potato, peas, capsicum, coriander, parsley and dill mixed with cheese.

“Traditionally it has meat,” explains co-owner Roxana, “but I study nutrition and we decided to make it healthy.” To that end, the pastry is made from saj, thin whole-wheat Lebanese flatbread, and cooked in coconut oil. An array of sauces is on offer, from sweet chilli to tomato sauce, but in Iran, it’s dipped in red vinegar.

Love and Peace Catering (Ethiopia)
According to Love and Peace Catering co-owner Yodit Desta, it’s tricky to get the right ingredients to make authentic Ethiopian food in Australia. Teff flour is needed for the spongey, delectably sour injera flatbread, and the curry wouldn’t be the same without berbere, a spice mix.

A choice of three curries, two vegetarian and one chicken, are served atop the flatbread. Forget about cutlery. Tear a strip of flatbread from the edge of your plate and scoop the richly flavoured curry into your mouth.

The drink is traditionally made by women in Sierra Leone to drink at weddings, funerals and parties, but Bangura has tweaked the recipe to lower the sugar content. Each bottle has a small amount of brown sugar. “I’m still working on alternatives,” she says. “But healthy stuff sometimes don’t taste nice.”

Many dishes like falafel are familiar but slightly different. Unlike the round, salty Lebanese version or the bright-green Egyptian version, Assyrian falafels are flat, made from chickpeas mixed with coriander, dill and parsley. Owner Zina grows all the herbs in her back garden. They’re served with amba, Assyrian mango pickles.

The markets are held at 142 Addison Road, Marrickville on the first and third Saturday of each month, 4pm–9pm.