Paying more for an ethical, sustainable product is a given, but it’s still cheaper than a cafe. 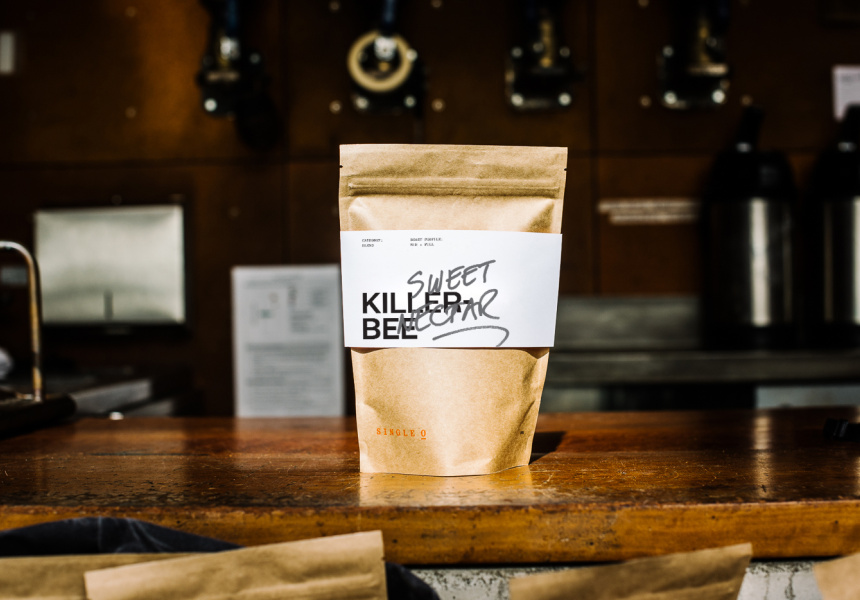 Forget about avocado toast. It’s the daily caffeine hit that’s keeping a generation of renters from their home-owning dreams. If a kilo of beans yields about 50 cups of coffee, even on the expensive end of the market you’re still paying less than $1.50 a cup for your daily filter brew.

“It’s really economical to brew coffee at home,” says Single O Coffee buyer Wendy De Jong. “With a French press or an Aeropress, you can make a cafe quality beverage at your house with an investment of $40. You don’t need to spend $2000 on a nice espresso machine.”

There are, of course, much cheaper options than the speciality roasters that charge a pretty penny, but like anything ethical and of top-notch quality, exceptional coffee comes at a higher price.

“When talking about sustainability in coffee, the focus is on the economics around coffee production,” says Sam Sgambellone of Soma and Mecca. “What is generally considered good practice is to provide assistance to farmers to increase the quality of their coffee.

“As long as the cost of improvements isn’t more than the price increase, it’s a better outcome for the farmer,” he says.

Traceability is a good indication of ethical coffee. “This is a rough rule, but if the company is willing to list the name of the farm and the farmer on their bag of coffee, typically they will be proud of the connection they have,” Sgambellone says.

Big roasters like Single O carry out regular audits on farms to make sure the producers are directly benefitting from their purchase.

“We make sure we’re paying above market value and doing our own audits,” says De Jong. “This is especially important with co-ops where a lot of farmers are contributing. We make sure everyone is being fairly paid.”

Seasonal Blend by Sovereign – $45 per kilo
Sovereign’s seasonal blend is the most affordable on the list. Best suited for milky-coffee drinkers, the blend has a balance of cacao and red berry flavours. It has the sweetness of tropical fruit without being overly sweet, and the finish is nutty.

Sovereign is a small batch roaster focused on sourcing the best-tasting coffees from around the world, and ensuring practices are ethical and sustainable from farm to cup. The beans that make up Sovereign’s Seasonal Blend come from Colombia, Papua New Guinea and Brazil.

Killerbee by Single O – $48 per kilo
As the sweetest of Single O’s offerings, Killerbee might be more aptly named Honey Bee.

“Our blends all have some inherent sweetness, but we wanted something that tasted sweet in milk and didn't have a lot of acidity or fruit balms," says De Jong. “My job as the buyer is to look for origins that have those inherent qualities.”

In Killerbee’s case, that means Burundi and Mexico, where they grow a prized, heirloom variety called bourbon (“boor-BON”).

Hairy Chest by Coffee Alchemy – $50 per kilo
A roast named Hairy Chest doesn’t need much of an explanation. “We developed it in response to customers asking for something darker,” says Coffee Alchemy founder Hazel de los Reyes.

“We pulled together beans that would hold up to robust roasting. It’s pungent and heavy. It’s got a thick, syrupy body, treacle sweetness with dark chocolate notes.”

The coffee can stand up to the addition of milk, which was important to many customers. “Australians can’t seem to let go of milk. They still drink dairy with coffee,” she says.

Coffee Alchemy’s single estate coffees are more subtle and nuanced than the brute strength of Hairy Chest. “I prefer to roast lighter so you can really taste the different nuances of the flavours. The Kenya Kapsikisio is clear, with blackberry notes and grapefruit peel,” says de los Reyes.

At $72 a kilogram, it’s much dearer than Hairy Chest, but good for a coffee drinker looking for something different.

Odin’s Brew by Madding Crowd – $45 per kilo
Madding Crowd is a new small roaster, but its founders have thought a lot about ethics and sustainability.

“In spite of the coffee industry being a pretty conscientious one, waste is a huge issue,” says founder Henry Brink. “The average cafe sells about 25 kilos of coffee a week. It’s delivered in a bag that’s at best recyclable. That’s a lot of waste.”

To lessen the impact on landfills, Madding Crowd delivers its wholesale orders in tins. “In Sydney we deliver beans ourselves in big tins with one-way valves,” says Brink. Madding Crowd picks up empty tins to reuse.

At the coffee source, the company is trying to be innovative when it comes to fulfilling its expectations of ethics. “In east Africa, you mostly get coffee from small lot holders that contribute to a co-op. It’s hard to monitor what’s going on,” says Brink.

“If we can’t get any guarantee at the source, we’ll take 10 per cent of our profits each year and put it into humanitarian efforts in east Africa.”

It’s a bit like buying carbon offsets: an imperfect system that at least balances the karmic scales. Odin’s Brew is a blend made from washed Ethiopian coffee. For those who prefer good, simple coffee, the blend is the standard one that Madding Crowd supplies to cafes.

Guatemala Poaquil by Mecca – $68 per kilo
Mecca’s Guatemala Poaquil is a single origin coffee. “Central and South American coffees are more recognisable as having a traditional coffee flavour,” says Sgambellone. “They have a slightly higher degree of clarity, and the Poaquil is a nice representation of a classic profile.”

Sgambellone has noticed a shift in what customers are buying. “Five to 10 years ago, most people were after a safe purchase, something that just tasted like classic coffee. Now people are interested in trying unique flavours. They’re more educated, but also more inquisitive, and they’re interested in treating coffee as an exploration,” he says.

On the adventurous side, Mecca is doing a blend called Mantis. “It’s completely radical. They’re trying to blow people’s minds with combinations of flavours. The different processed coffees from different regions will challenge people’s definition of what coffee is,” he says.

Mantis is a limited edition blend and will be available from October 2017.