Kooky or traditional, fusion or purist. These are the places best repping the cuisine at the moment. 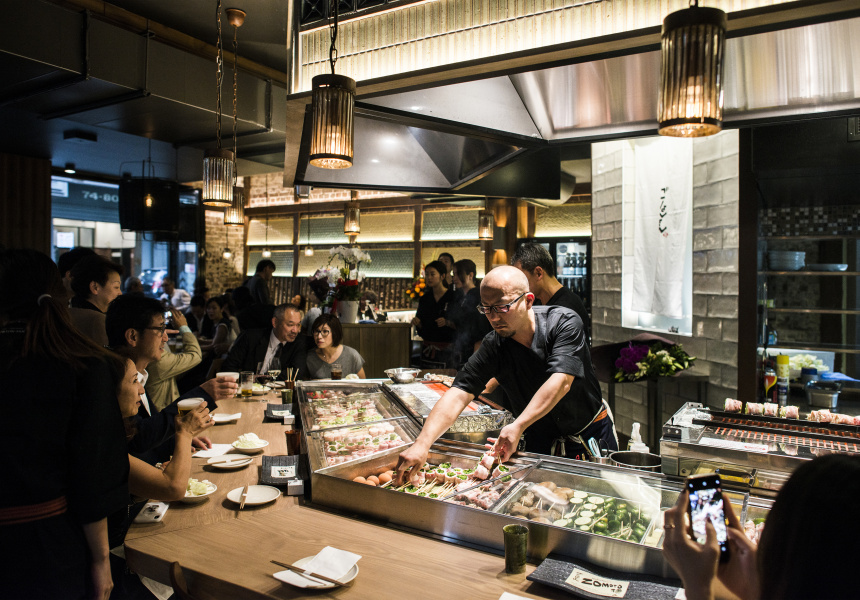 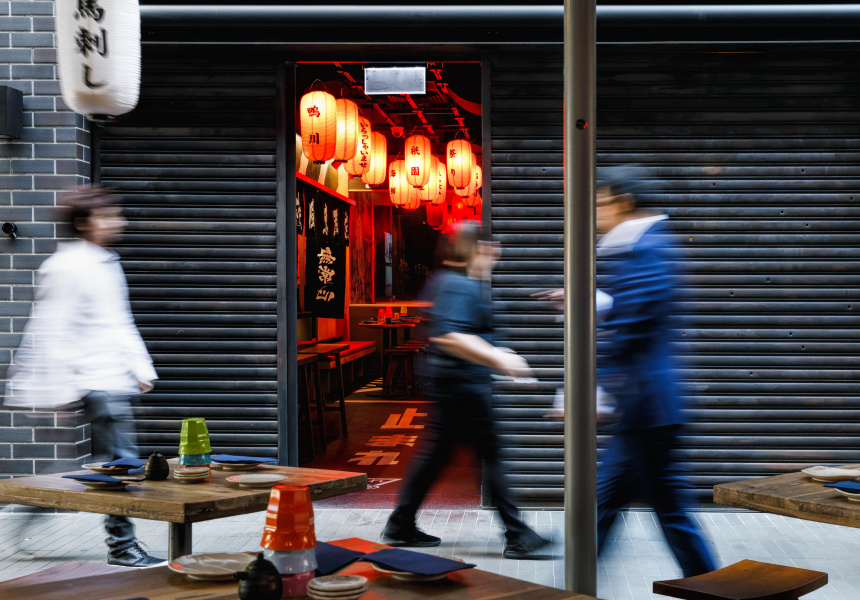 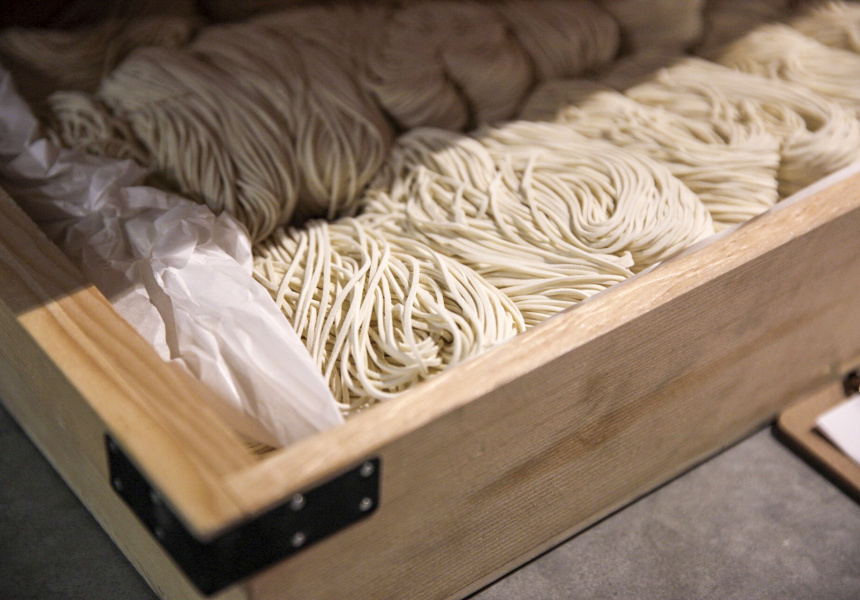 Ramen and robata grills. That pretty much sums up Sydney’s latest in Japanese worthy of your time. Add in some Euro fusion, backstreets-of-Tokyo vibes and top-secret recipes from masters of the cuisine, and you’ve got a list to work through. Try these five for your next slurp and snack session.

Ra Ra Ramen
The recipes used at this Redfern noodle-soup joint were passed down to it owners from ramen masters and consultants in Japan. They’re so secret that if the owners go on holiday, the tare (a concentrated paste that seasons ramen soup), noodles and even the pickled bamboo come off the menu – they won’t make it in advance, and they will trust no one else with the recipes.

Overprotective? Maybe. But this level of reverence for noodles and broth is indicative of what’s offered at Ra Ra Ramen. And despite this, it’s still a casual place to slurp and sip.

The tonkotsu broth is cooked for 14 hours. The house-made noodles are produced in a custom-built steel machine from Japan. They are thin, Hakata-style noodles, made from high-protein flour.

The signature tonkotsu ramen comes with a shio (salt) tare, black garlic oil and is topped with smoky chashu (Japanese roasted pork). The pork is free-range, seasoned, slow-roasted and finished over a coal grill. There’s also a super flavourful vegan ramen made with a soy-milk-broth base – it’s better than it sounds, full of umami flavour with a familiar thick-broth mouthfeel.

Izy Izakaya
Izy Izakaya is in the space that was once another izakaya (a Japanese pub-style bar), Kenny Rens. And although it’s true one izakaya has replaced another, and the space looks largely the same (it has the standard, moody, den-like ambience these bars all over Japan are known for; places where the country’s “salarymen” – Japanese white-collar, mid-level employees – have post-work drinks and snacks), the offering is focused now on the grill and a Euro-Japanese menu.

There’s burrata, brioche lobster rolls, and a take on garlic bread called “umami bread”. The KFG is koji-fried quail with Meyer lemon. And The Kellogg’s Katsu is pork with a cornflake crumb.

A “wood of the month” used for the grill (at the moment it’s grapewood from Tasmania, to go with the kingfish), means the chefs can experiment and match what’s being grilled to different fuels. Look out for the retro punch bowl with a rubber ducky floating in it. And the accessible, reasonably priced wine list.

Tontaro Honten Ramen
Ramen O-San is a food-court wonder in Haymarket. It’s by Jun Toyoda, who has also recently opened this place, Tontaro Honten Ramen. The big difference between the tonkotsu (the word refers to the bones and the broth) at the two ventures is the bones he uses.

At Tontaro the broth is made with pork shin bones, which have a high marrow content. It’s a style more common in Japan, where the bones are less expensive than in Australia. The name of the game here is not thicker is better. Toyoda recommends the lighter chicken-based soy ramen at Tontaro, and the mixed chicken and pork Hokkaido-style spicy ramen made with house-blended miso. There’s also the mazesoba, a soupless ramen with chunks of fatty pork, egg, mayo, bamboo shoots, pickled ginger and shallots.

The space is nothing like a traditional ramen restaurant, another shot at introducing Sydney to what’s possible in the world of ramen. This is a light, colourful, canteen-style space for you to enjoy a lighter style of ramen in.

Bang Bang
Bang Bang is not messing around with its invocation of a very specific time and place – it wants you firmly in a backstreets-of-Tokyo frame of mind when you visit. There’s a lot going on – the neon signs are imported from Japan, and kitsch and colour collide to create a space intended to replicate the places Japan’s “salarymen” come to unwind in. There’s a timber-cart counter with high stools, tatami (woven mat) rooms, canteen-style seating, some couches, and inside the belly of the space it is all red lights and hanging lanterns. Bike lanes and pedestrian crossings are drawn onto the floor.

Goryon-San
If yakitori is the Japanese dish of charcoal-grilled skewers of chicken, then kushiyaki is the all-protein version, where different types of meat and seafood are threaded onto bamboo, seasoned and thrown over hot embers. That’s what they’re serving at Goryon-San, an izakaya that’s just landed on a Surry Hills corner, via Tokyo.

In Japan, Goryon-San is famous; but in Sydney, few people have heard of kushiyaki, the style of cooking that hails from Hakata in south-west Japan. (Though Sydneysiders may be more familiar with head chef and grill-master Akihito Marui, who’s also at the coalface at Yakitori Jin in Haberfield.)

As in Hakata, the go-to order at Goryon-San is the pork belly, whether grilled on its own, or thinly sliced and wrapped around cabbage, asparagus or enoki mushrooms. There’s also Wagyu sirloins and skewers of gooey grilled mozzarella, and of course, sake and shochu (a distilled spirit). Just follow the smell of charcoal wafting down Reservoir Street, part the curtain marked with an illustrated pair of kushiyaki skewers, then pull up a seat at the open-kitchen. You’ll be glad you did.