There will be baos, beer and (Andy) Bowdy. 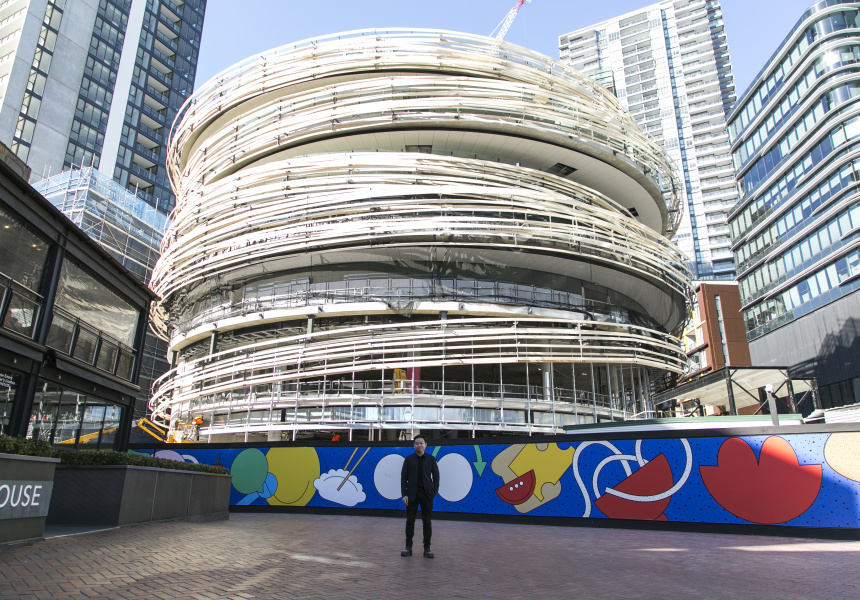 Like some sort of multi-course degustation, we’re slowly being fed details about the six-storey Exchange building in the to-be-opened Darling Square precinct.

First it was the amuse-bouche: a “library of the future” for the Haymarket precinct. Then came the parade of snacks and entrees: a mod-Chinese restaurant from Golden Century, and Pasta Wafu, a Japanese pasta restaurant from the Banksii and Ume team.

Now here’s the main event: five new retailers have confirmed they’ll be setting up shop in the Exchange.

Cake king Andy Bowdy’s Saga and Sonoma bakery are moving in. As are Japanese-Vietnamese hand-held delights Mr. Bao, and Marrickville’s Bucket Boys in bar and bottle shop format. This will also involve cocktails on tap.

The confirmed retailers comprise half of the Maker’s Dozen collective, which will occupy the ground floor “food hall” concept, a 400-seat space serving breakfast, lunch, dinner, drinks and dessert, seven days a week.

The food hall has been designed by Anthony Gill Architects, which has an impressive CV; it has designed some of sleekest bars and restaurants in Sydney: the sorely missed 121BC and Berta; and Poly and Ester. Perhaps in homage to the building’s design by Kengo Kuma, the food hall draws on Japanese aesthetics with clean lines, natural materials and a cool colour palette.

The Maker’s Dozen food hall is scheduled to open in the Exchange building in mid-2019.