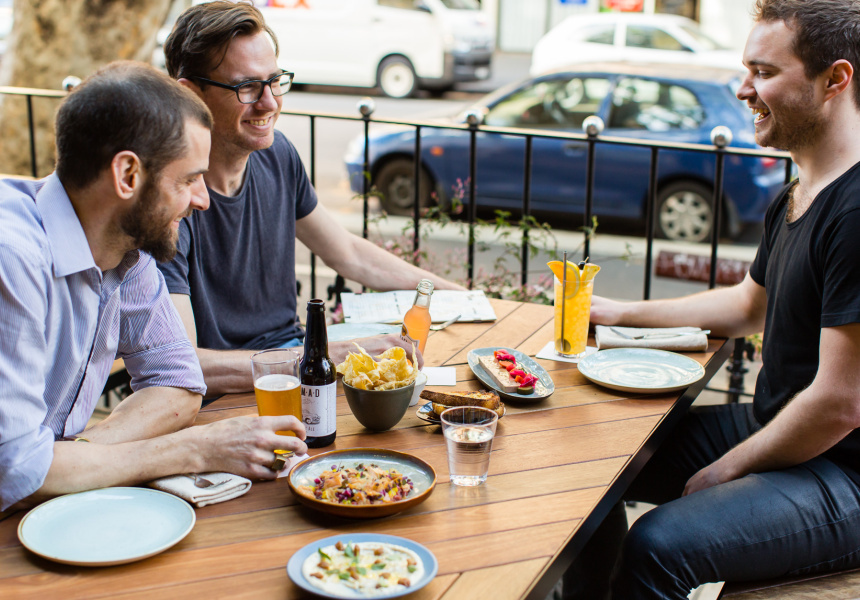 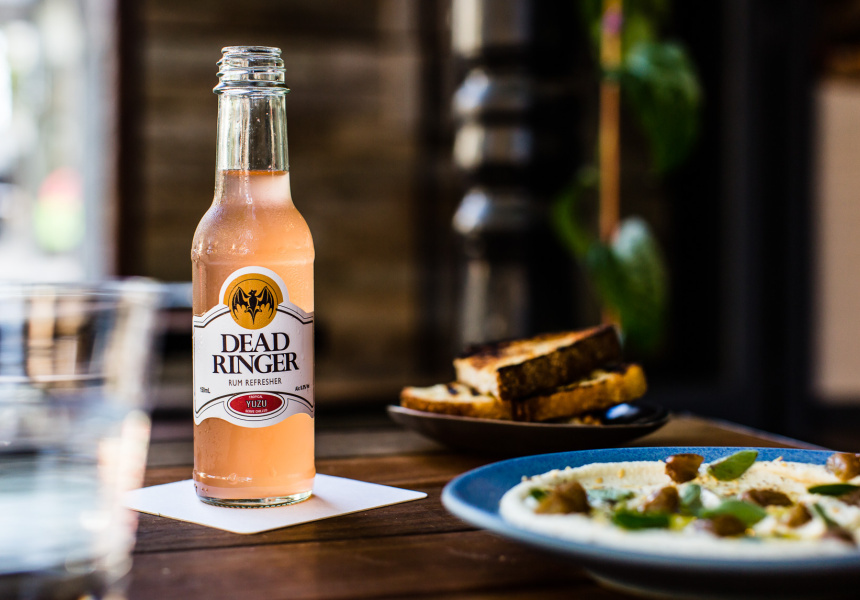 After two of our local bars were named some of the world's best, Sydney's bar scene now has a lot to live up to. Here are five new venues we think are meeting the standard this spring.

Titus Jones
Ex-label manager Merrick Webb's venture into Sydney's bar scene has more than paid off with Titus Jones. There's a focus on comfort here; Webb has created a space where people can feel at home and enjoy a chat over some classic cocktails. The interior is classy yet low-key, and a playlist of hip-hop and soul sets the mood. Local art by Suede Francisco and Unique, and a timeless drinks menu, round out the venue, making it the ideal spot for after-dinner drinks (and before dinner drinks, too). Drink to try: The English Rose - gin, dry vermouth, apricot brandy, grenadine and lemon.

Dead Ringer
The second venue from the team behind the highly influential Bulletin Place, Dead Ringer distinguishes itself with a menu that's as bold as it is delicious. Deep-fried pasta chips served with a parmesan-heavy mayonnaise is the best bar snack you've never heard of, and lamb rump with black garlic mustard and bitter leaves is the perfect twist on an old classic. With a cosy spot right near Taylor Square, Dead Ringer's street-facing terrace is a spot to soak up the sun. The vanilla pisco, ruby port and fizz Dixie Cup is the sophisticated cousin of Creaming Soda. The Hot and Cold Buttered Toddy is a sweet, end-of-the-night concoction of scotch, muscat and Messina gelato.
Drink to try: Obligatory - it's all in the name: old tequila, cold drip and maple.

Peg Leg
Wood from floor to ceiling, candlelit tables and a nautical vibe make Peg Leg one of Sydney's most visually distinct places to stop in for a drink. It comes from Manuel Alvarez and Collin Perillo, two world travellers who earned their chops as bartenders at London's famous Milk and Honey. Built in the original Pyrmont Bridge Hotel, the cocktail list is inspired by the spirits of its heyday, split into rum for the crew and gin for the officers. On the menu is a mix of charcuterie and cheese plates, plus oysters, pan-grilled salmon and classic fish and chips. Peg Leg shines just as bright during the day, with a full breakfast menu, coffee from Sensory Lab and a "joke-tail" menu of smoothies and cold-pressed juices.
Drink to try: Zheng He - Glenmorangie whisky, punt e mes, black-tea cordial and islay tincture.

Wayward Brewery
For the past four years the Wayward Brewing Company has been bouncing around Parramatta, Wollongong and Marrickville, and now it's finally settled down in Camperdown. The brewery is attached to a refurbished beer hall that gives off a very open and industrial vibe (the adjoining rooms were once wine vats). There are a total of 12 beers on tap, the majority of which pour Wayward beers, while the rest are given to gypsy brewers who don't have a brewery of their own. Alongside the core range of beers, there are plenty of seasonal brews, so if you're serious about your beer you'll find your home among the Wayward.
Drink to try: Charmer India Red Ale

The Carrington
The Carrington on Bourke Street is back with a fresh face and a completely redesigned menu. However co-owner Luke Butler says it will keep the same casual service and style, with a classic pub menu of honest, tasty food. The feeling is that it's best to keep it simple, and the standout dishes are old favourites; a ricotta gnocchi and a classic cheeseburger. The refurbished interior is clean but familiar, and the new look will welcome you back with open arms.
Drink to try: Bloody Sophie - Don Julio tequila, tomato, lime and coriander.