This Darlinghurst fish joint hooks them in with a new location in the east. 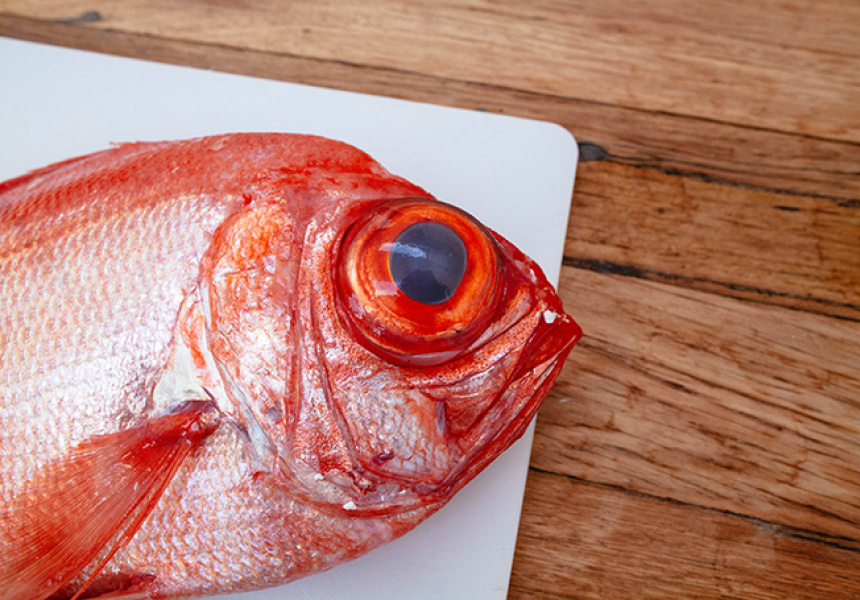 It revamped its Darlinghurst digs late last year in favour of a more casual approach, but ever on the lookout for a good catch, the team at Fish Face rounded out 2013 by opening a new outlet in Double Bay, to house what is now the main Fish Face concept.

“We opened in early December,” Says co-owner Stephen Hodges. “And we’ve been flat out. It’s been well received – beyond our expectations even though I did think it would be busy.”

Tucked into the busy main drag of New South Head Road, the new Fish Face looks like an unassuming, yet nicely presented fish-and-chip joint from the front. But slide past the high tables, the wooden bar in front of the open kitchen and the iridescent tiles and you’ll find the casual eatery opens onto a welcoming, larger space for finer dining at the rear. This back area, or Fish Face Dining, isn’t quite in operation yet (that’s about two weeks away), but Fish Face out the front is in full swing and is drawing in schools of fish lovers. “It’s on a main road, so everyone has to drive past, but there isn’t much down here,” says Hodges, noting that previously there has been a lack of easy dining in the area.

There’s plenty of sushi-style fish on the menu, along with dishes like pungent yellow curry of blue eye trevalla, or flaky filo-wrapped ocean trout, but there are classics too like the battered flat head fish and chips - all of the finesse that Fish Face has become known for.

The interiors allude to the old Fish Face but the bigger space is certainly welcome after a decade in what was a diminutive space in Darlinghurst.