For customers that means more seats, less lining up and pastry workshops. For the bakery’s staff, it means staying together. 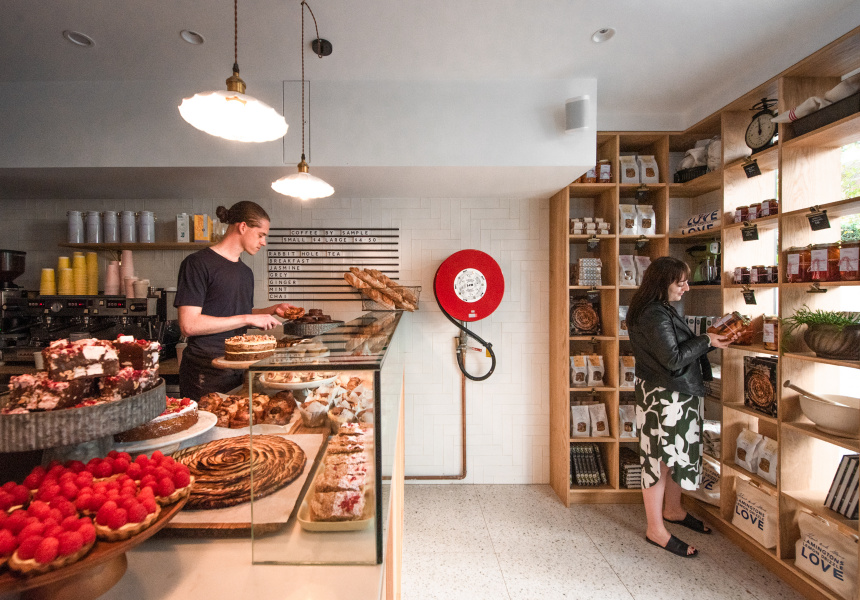 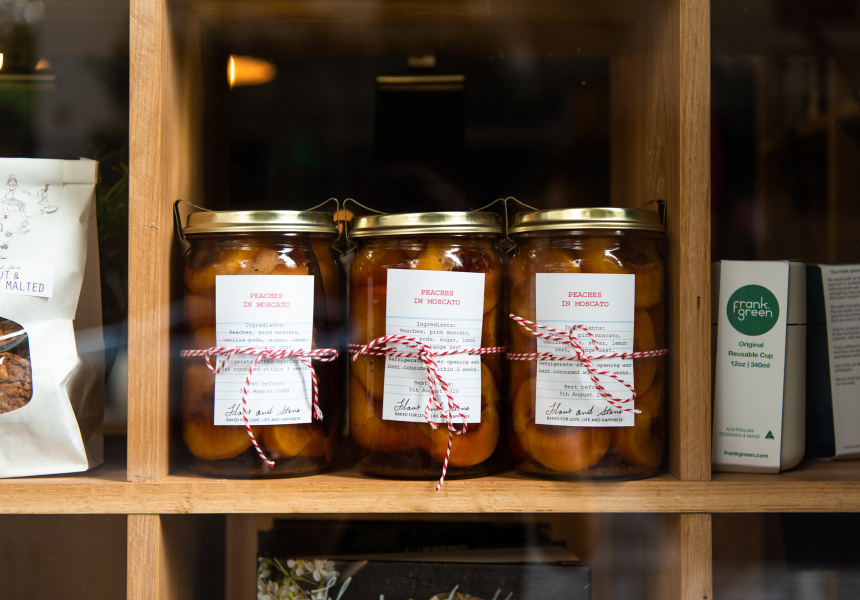 As anyone who has recently lined up for a panna cotta-soaked lamington or an ultra-buttery croissant at petite Woolloomooloo bakery Flour and Stone can attest, it’s a bit squishy.

First you must manoeuvre through the door, which is up a couple steps – often as someone else is trying to leave – then there’s the line to place your order, the side-stepping of waiting customers and the tables and chairs already inhabited by eat-in diners. The reward is more than worth it, though – this is one of Sydney’s best bakeries after all. But even owner and cake queen Nadine Ingram admits the whole thing could be a little less of a hassle.

“I am an advocate for small spaces. But it was getting to the point where the romance was being lost [because] of the space we had to work within,” Ingram tells Broadsheet. “It became less romantic and less efficient to work in the space. We were losing engagement with our work.”

In the kitchen, space was a premium too. Staff would have to wait for others to go on a break so they could get a bit of the benchspace – which Ingram likens to a game of Tetris.

Ingram had two options: open a second bakery elsewhere, or expand production into a factory. She considered a venue across town, but decided instead to open another store on the same street as the original. That way she could keep the Flour and Stone family together and improve worker and customer morale.

The new concept opens today. Flour and Stone’s existing space at 53 Riley Street, now known as the Salon, is now eat-in only. The new venue a few doors down at number 43 is called the Annexe, and is all about takeaway.

The original shop’s seating will be increased from 12 to 30, with the front counter replaced by a smaller one. The building housed a bakery long before Flour and Stone opened in 2011 – for around 30 to 40 years according to Ingram – so the kitchen out the back will remain. “I quite like the fact that customers can look through the door and see people working,” she says. “They can smell the cakes and see the croissants being made. I don’t want to lose that feeling.”

She hopes it means people will connect with their surrounds and what they are eating more. “There’s more space for people to slow down and really take their time and engage with their food,” says Ingram. “I sit down in a lot of cafes and see people on their laptops and devices. People aren’t engaging with their food anymore. It’s kind of losing its flavour, and people don’t realise what’s going on, but humans are doing to themselves ... So we’re encouraging people to enjoy their food more.”

At the Annexe, customers can pre-order Flour and Stone’s cult lemon-drizzle cake, chocolate and raspberry buttermilk cake and carrot cakes and pick them up from a street-front hatch.

The menu will be identical to that of the Salon (apart from the whole cakes to take away). Despite Ingram saying the takeaway menu wouldn’t include savoury items when she first announced the Annexe, she’s had a change of heart. “When I announced we weren’t doing takeaway avocado toast there was outrage. Everyone said, ‘are you sure you won’t reconsider that?’. Because you know what Sydney people are like with their avocado toast.”

Her solution? People will order their avo toast at the Annexe and get a wooden spoon with avocado toast painted on the head. They’ll take their spoon and pick up their toast from the Salon. “Hopefully it will keep everyone happy. We don’t want to deprive anyone of their avocado toast.”

Ingram worked with an architect to design the new space to “feel as though you’re walking into someone’s home”. The American oak mirrors the cabinetry at the Salon, and Ingram says that overall effect is more “feminine”.

Seventy per cent of the Annexe will be production space, with a temperature-controlled area for pastry and croissant-making. Ingram and her pastry chefs will hold workshops – students will be able to undertake structured programs, or take just one or two classes if they prefer. Flour and Stone will also collaborate on workshops with other experts, such as Brickfields's Simon Cancio, fermenting guru Holly Davis and cheesemaker Kristen Allen. In the end, though, the move is mainly about Ingram’s staff.

“The main focus of this move is for the team to engage with their work in a more meaningful way,” say Ingram. “For us to do what makes us happier and puts us in a better flow. And that has a knock-on [effect] to what we make. I think the customer will be able to feel that energy coming from us when we’re in a better place. That was the priority for the move.” 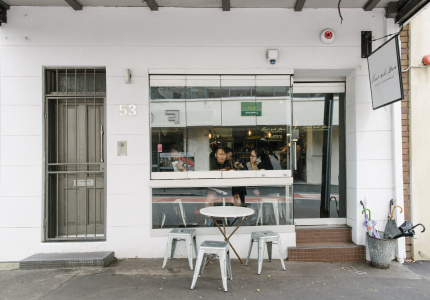