With an ex-Dinner by Heston and Rockpool Bar & Grill chef in charge. 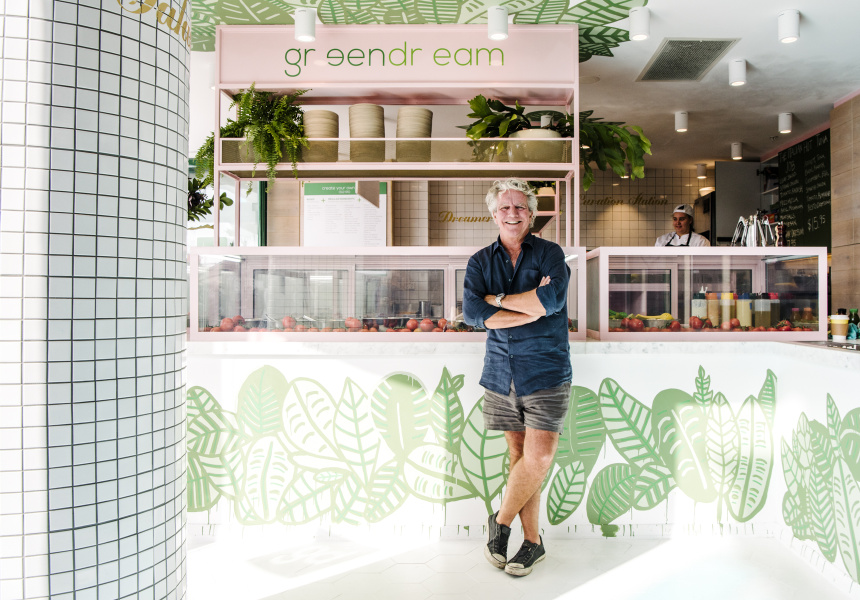 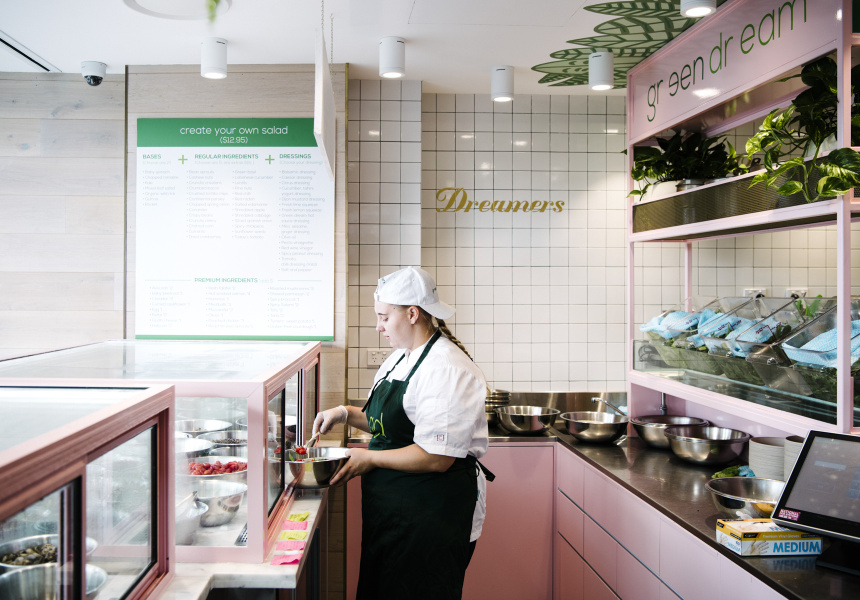 Almost 15 years ago Barry McDonald, founder of Fratelli Fresh, changed the way we think about ingredients, and almost single-handedly made focusing on suppliers and producers an integral part running a restaurant. Now he’s back with a new concept that’s true to his original vision.

Green Dream is a bright and buzzy make-your-own salad bar on a prominent corner in Bondi’s landmark Pacific building.

Each week, chef Ashleigh Jarvis will create four Dream Salads by drawing on more than 50 ingredients and 13 dressings (there are also four juices available, cold-pressed on-site). Customers can also opt to build their own salad by choosing a base of greens, kale, quinoa or organic wild rice, then top it with five ingredients including charred corn, tomato, salted edamame, shredded apple or spiced chickpeas.

They can then throw in hot-smoked salmon, herb falafel, curried cauliflower or turmeric sweet potato, and finish with a dressing, either a splash of olive oil; or miso, sesame and ginger; cucumber tahini yoghurt; or Green Dream hot sauce.

“It’s still all about the ingredients. Many of the suppliers and growers here are old contacts I’ve dealt with forever – 15 or 20 years,” says McDonald.

McDonald has always been about the produce. He began selling it to the city’s top restaurants in the mid 1980s before launching smallgoods and dairy wholesaler McDonald & Johnson (with fellow celeb providore Simon Johnson) in 1988.

He stayed in the retail space for two decades before opening the first Fratelli Fresh in a two-level warehouse space on Danks Street, Waterloo (Fratelli Fresh is now owned by the Urban Purveyor Group). Downstairs it was fresh produce while upstairs people could dine at Sopra among shelves of high-end Italian oils, vinegars and dried goods. These days that’s a common concept, but in 2004 no one was putting food supplies so front and centre. “Fratelli was always about the produce first, and then the restaurant,” he says.

McDonald says Bondi is a natural fit for the Green Dream concept.

“It’s very health conscious. The ingredients are really fresh, the whole menu is gluten free; all but two of the dressings are vegan.”

Twenty-two-year-old chef Ashleigh Jarvis, who is in the kitchen, has an impressive resume. “What we’ve got going on in the kitchen is not ‘salad bar’ chefs,” says McDonald.

Jarvis worked with McDonald for six years after graduating from the National Indigenous Culinary Institute (NICA), a program spearhead by McDonald and other Sydney food icons such as Neil Perry, Guillaume Brahimi, Peter Doyle, Matt Moran and Maurice Terzini. She’s also spent time in the kitchens of Rockpool in both Sydney and Melbourne, as well as at the famed Dinner by Heston and The Ledbury in London.

Other big names will also be taking a turn in the kitchen as part of Green Dream Collaborators. Some of Australia’s top chefs will rotate monthly and each will design a new salad; 10 per cent of proceeds from these will go to the chefs’ preferred charity.

First up is Guillaume Brahimi. He’ll create his version of a nicoise salad and donate to the NICA. “I think it’s a really good thing to do. We all have a social conscious and it’s good to give back,” says McDonald.

For the design, McDonald partnered with Dan Single, co-founder of streetwear brand Ksubi. “I’ve always admired what he did,” says McDonald. “He gives it a completely different edge in terms of the look and feel of the shop, the playlists, T-shirts. There’s a pretty amazing T-shirt range [for staff uniforms] that Dan put together, which is also for sale. People are asking for those already.”

Single has brought in his own creative team: brother Beni on paints, artisan Dion Antony creating custom woodwork pieces (including a curved floating bench) and Sloane Angell on ceramics.

At this stage Green Dream is open for lunch and dinner (“We’ve just got the training wheels on at the moment,” says McDonald), but there are plans for more. “When we get a flow going we’ll start opening earlier and do a breakfast bowl, and Uber Eats will start in a few weeks.”

There’s also an app in the works that will deliver food right to your towel on the sand.