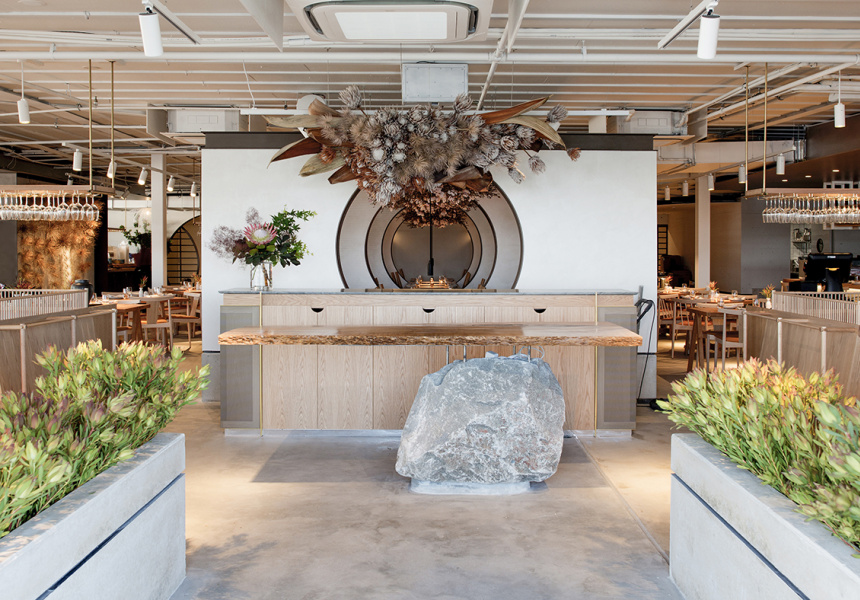 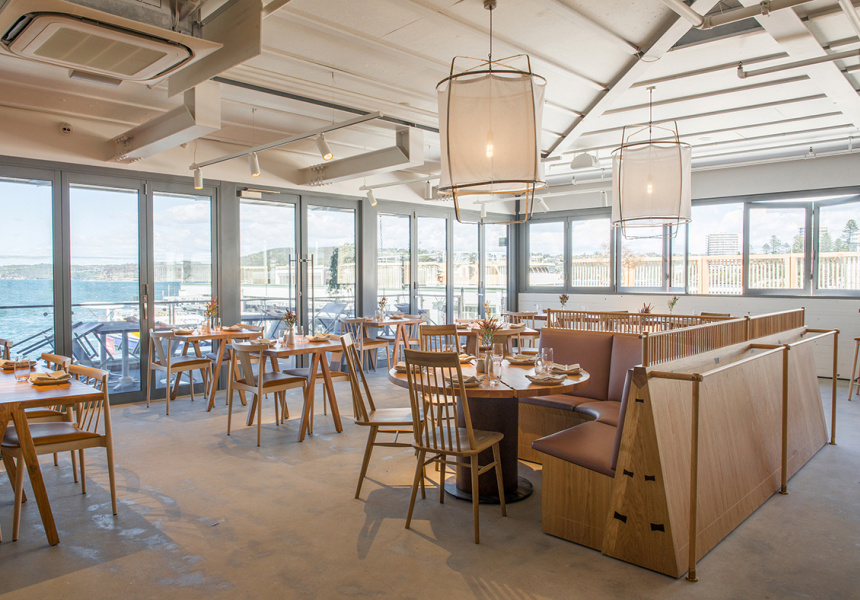 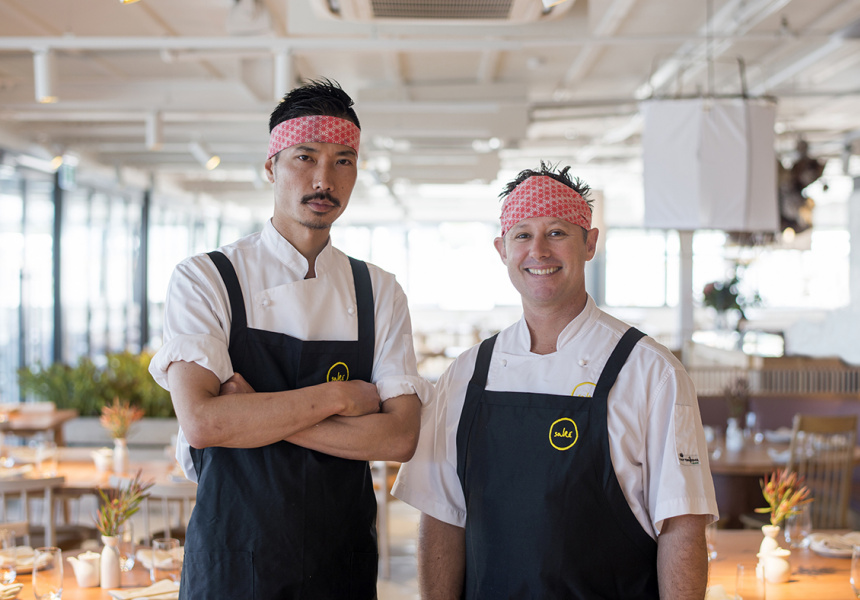 It’s been a busy six months at Manly wharf. Queen Chow moved in, Manly Wharf Hotel’s Jetty Bar underwent its first-ever revamp and Betty’s Burgers opened. And then there’s the action on the new rooftop.

Today Rockpool Dining Group is opening two venues up there – another of its Japanese fusion Saké restaurants and next door, its Tex-Mex themed restaurant, El Camino Cantina.

This is the sixth Saké venue in the ever-expanding empire. Designed by Luchetti Krelle (Manly Greenhouse, Verandah, Saké in The Rocks and Melbourne), it borrows some of the best fit-out elements from other Saké venues but plays up its elevated position.

There’s a standalone 40-seat sushi counter where diners can order a large selection of fresh nigiri and sashimi while admiring the water from the floor-to-ceiling bi-fold windows. The same vista can also be enjoyed on the terrace, which is large enough to accommodate 50 people.

“We don’t want to take away from the view, so we have created a space where you can sit inside but still feel like you’re outside,” says Thomas Pash, chief executive officer of the group.

The menu was designed by Saké head chef Shoji Toru, but Shaun Presland – the chef behind the original Saké restaurant in The Rocks, who now works with the group as a consultant – also assisted.

Saké has always had an extensive food offering but the list has been condensed, with large mains swapped out for more shareable and snackable dishes. There’s tempura-battered bug tail with jalapenos and amazu ponzu (sweet and sour citrus sauce), a selection of robata-grilled meats, as well as old Saké faves such as the hiramasa kingfish with lime and jalapeno yuzu kosho (spicy sauce), and king prawn with a yuzu (Japanese citrus) herb miso.

There are also dishes created exclusively for the Manly outpost, including crisp fish tempura with tartar sauce, bite-sized sashimi and vege cones, and the Grandmaster Sizzle – Saké’s take on Japan’s traditional hamburger steak served on a sizzling hotplate.

The venue also features a large bar area – a first for Saké. It’s so big it has its own food menu. Here you can snack on kimchi pork gyoza while slugging back a Japanese craft beer or one of the 30 sakes available by the glass, carafe, bottle or flight. Otherwise there are gin bowls, seasonal spritz, umeshu (Japanese liqueur) and shochu (distilled spirit) to sip on while you watch the boats and ferries bustle in and out of the bay.