Seafood is the star at this waterside institute. Dishes are now designed to share, and a marble cocktail-and-gelato bar is at the centre of the action. On the menu are Moreton Bay bug piadinas, crab done two ways and a pimped-up yellowfin tuna schnitzel (okay, it’s a cotoletta). 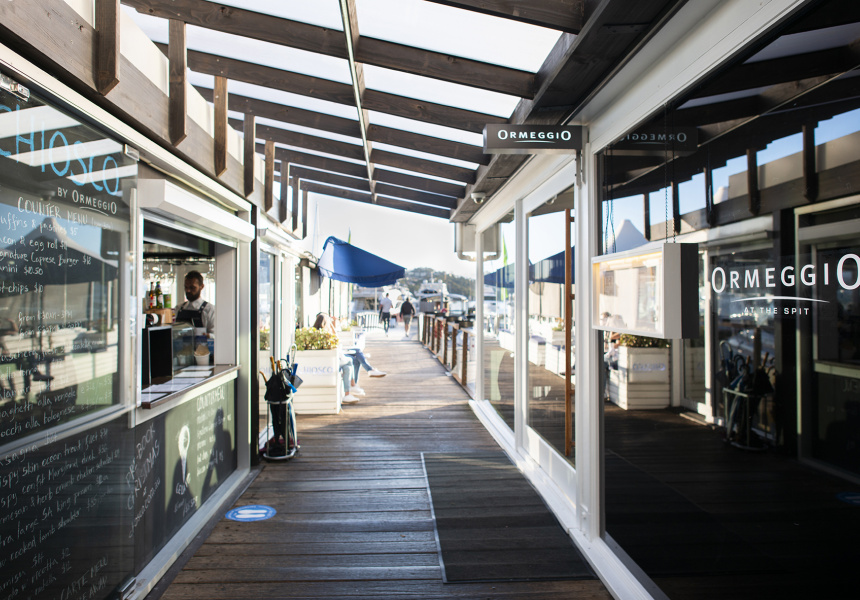 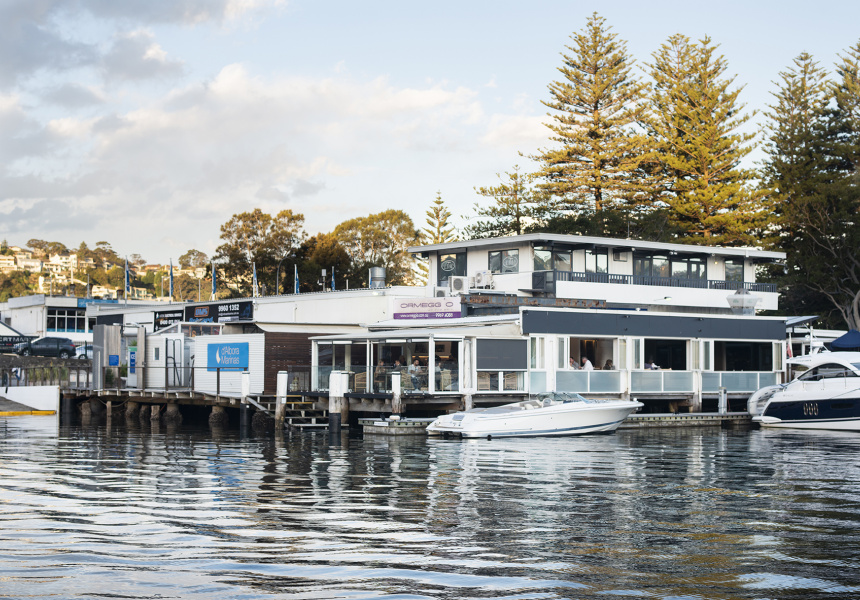 With overseas travel off the cards for the foreseeable future, those yearning for a jaunt to the south of Italy need only to head to Sydney’s northern suburb of Mosman for a taste of the great culinary destination. The fine-dining Italian restaurant Ormeggio at The Spit has emerged from its coronavirus lockdown as the more casual Ormeggio 2.0, drawing inspiration from Italy’s Puglia and adding a beautiful 10-metre-long marble cocktail and gelato bar.

Owners and chefs Alessandro Pavoni and Victor Moya were already working on a refurbishment when the pandemic hit. “We were originally planning to close for only two weeks,” Pavoni tells Broadsheet. “So we took this time as an opportunity to do really detailed work on the fit-out, the service touches and menu planning.”

Ormeggio 2.0 still has its floor-to-ceiling glass windows with their vistas of Middle Harbour and the boats bobbing in the D’Albora Marina like very expensive ducklings. But now the dining room features Southern Italian-inspired stucco walls; custom-made, colourful rattan armchairs; and a scattering of vintage Turkish rugs and Kilim cushions.

Ormeggio at The Spit opened in 2009 and is regarded as one of Sydney’s best Italian restaurants. Pavoni, who was born in Lombardy in Italy’s north, cut his teeth in a number of Michelin-starred restaurants in Europe before moving to Australia to learn English. Here, he fell in love (with fellow restaurateur Anna Pavoni) and landed the role of executive chef at Sydney’s Park Hyatt. Moya joined in 2011 and stepped up as head chef and co-owner in 2014.

“We are right on the water,” says Pavoni. “We have fishermen coming back to us with exquisite tuna and whatever they have caught that day ... People need to eat less meat, like they do in the south of Italy. It is lighter, healthier. And we have some of the best seafood in the world in Australia.”

The kitchen is now run by newly appointed head chef Gianmarco Pardini (who has worked at Ormeggio for eight years), and the food and service is as exacting as ever. The focaccia, made in-house using a 22-hour process, is served as a small slab spread with a house-made whipped jersey milk ricotta. A swordfish loin comes sliced and covered in a soy tuna emulsion, pine nuts and basil leaves. Pardini achieves the deep textures by rolling the fish fillet in herbs and compressing it in a vacuum pack so it breaks down the cells and infuses the flesh.

Fans of a schnitzel should order the yellowfin tuna cotoletta. The fillet is rolled in a seaweed powder, dipped in egg and coated in chunky crumbs made from grissini (breadsticks) and cooked until golden.

Finally, there’s whole mud crab served two ways. The crab meat is picked out and charcoaled. Next, a risotto made with a tomato and shellfish broth is poured into the head of the crab and topped with crab meat, burnt butter and chives. The leg meat is served with a pummarola (tomato and basil sauce) and crab sauce, and baby cos lettuce leaves to eat as you would san choy bow.

But it’s the central gelato bar that Pavoni is most proud of, with its six house-made flavours. “When I go out for dinner in the city, I never order dessert. Instead, I go and get gelato because gelato is the best bloody dessert in the world. Here, every gelato is a concept inspired by a different dessert from Italy.”

There’s an interpretation of castagnaccio (chestnut cake) topped with roasted chestnuts and rosemary. Amalfi’s famous lemons motivated the eatery’s confit Amalfi lemon gelato, which comes with candied lemon, vanilla cream and limoncello meringue that is fired at the table.

The cocktail list hinges on Italian classics made with top-shelf Italian spirits and fresh produce. The Ormeggio G&T is a great place to start. The glass is infused with smoke from a burnt rosemary sprig while the gin is shaken with a house-made tonic and cinnamon syrup, and topped with a dash of soda water. And if you’re in need of an eye-opener, the Cappressa Maria is a Bloody Mary that takes inspiration from the flavours of a Caprese salad — think roasted tomato juices with thyme, basil, horseradish and garlic.

The mostly Italian wine list, created by sommelier Davide Coccia, remains strong. Pavoni imports a franciacorta (a sparkling wine) from his hometown in the north of Italy, made using the same methods winemakers use in France to make champagne.

“We want you to forget all your problems in the car park and let us help you really chill out,” says Pavoni.