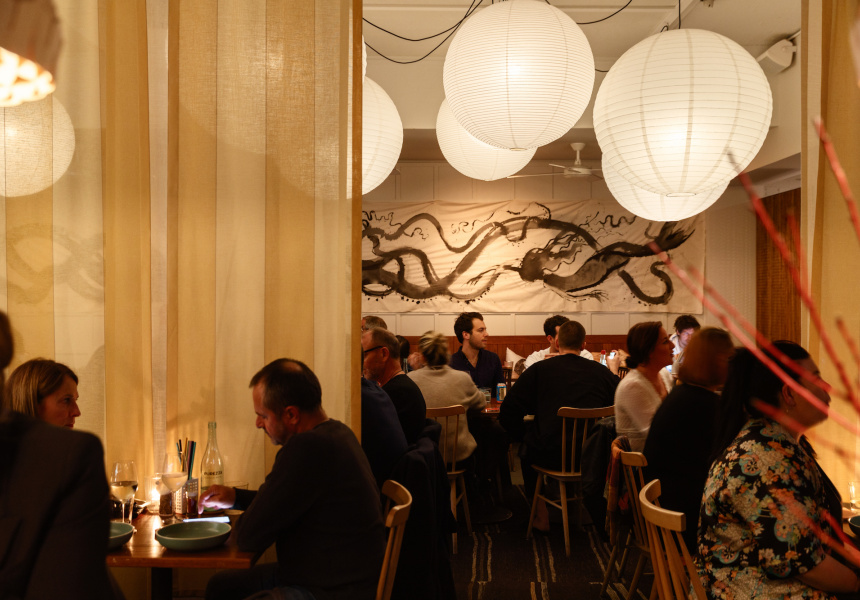 Matt Moran’s coastal eatery North Bondi Fish (NBF) is going into hibernation from today, transforming into a Japanese-inspired diner, North Bondi Nami, for the winter months. In tune with the chillier weather, it’ll be dishing up steaming bowls of pork belly-topped tonkotsu ramen, gyoza and pork-cutlet katsu curry in the NBF dining room, which has been rejigged to resemble the humming izakaya of Tokyo.

“We’ve been talking about creating a new concept for NBF over the winter for a few years, but hadn’t landed on the right fit until now,” Moran tells Broadsheet. “The Bondi community is such a special one, and the driving force behind everything we do, so North Bondi Nami brings some ‘winter friendly’ dining options to our beachside suburb, for when you’re craving something a little more comforting. I’ve lived in the area for 15 years, so when I started thinking about all the things that I crave in Bondi during the winter, the menu came together pretty quickly. The real challenge was condensing it down.”

As with Moran’s other venues (Aria, Chiswick), the starting point for the menu is top Australian produce – “which is half of getting the menu right”, according to Moran. On the snacky end of the menu, expect egg sandos, a spicy tuna tartare, sashimi and karaage chicken. Move along to the hand rolls and you’ll find them filled with king brown mushroom, tempura prawn and Ora king salmon. That salmon also appears on the “big” section of the menu, where it’s served with a chickpea-miso marmalade and kale. (“It’s a serious knockout”, says Moran.)

Then we come to the noodles – there’s a classic tonkotsu ramen with pork belly and soy egg, chicken ramen, shellfish ramen and soba noodles in a kombu and shiitake broth. “I've been lucky enough to enjoy many winter ski trips to Japan, and have fond memories of tucking into big comforting bowls of ramen, plates of gyoza and warm sake to heat up after a day on the slopes,” says Moran. “In saying this, we've got a fairly health-conscious community in Bondi, so wanted to create a menu with something for everyone – from sashimi and grilled salmon, through to pork belly and ramen.”

The cocktails are also influenced by the flavours of Japan: the Kyuri Spritz is made with gin, cucumber-infused sake, prosecco, yuzu, pineapple and lime. And the Wasabi-Mi is a heady concoction of lemongrass-infused tequila, yuzushu, lime, wasabi and salt.

Even the music has been informed by the sounds of Japanese wamono – vintage Japanese music. Expect disco, funk, soul and jazz from the ’60s to the ’80s, and DJs from lunch until late on weekends. 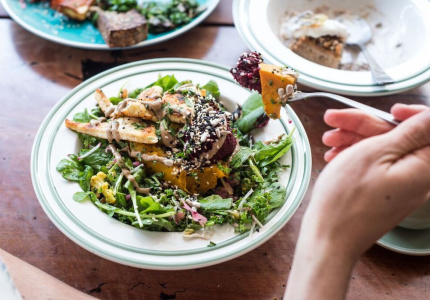