First Look: Meu Jardim – a Bold French Restaurant With a Waterfall and a Firepit – Has Opened in the City and It’s Like Dining in a Glacier Cave

There’s a bit of theatrics on the menu, too. You can add gold leaf to your tomahawk steak, and bartenders don’t mind using a bit of dry ice and fire for their cocktails. 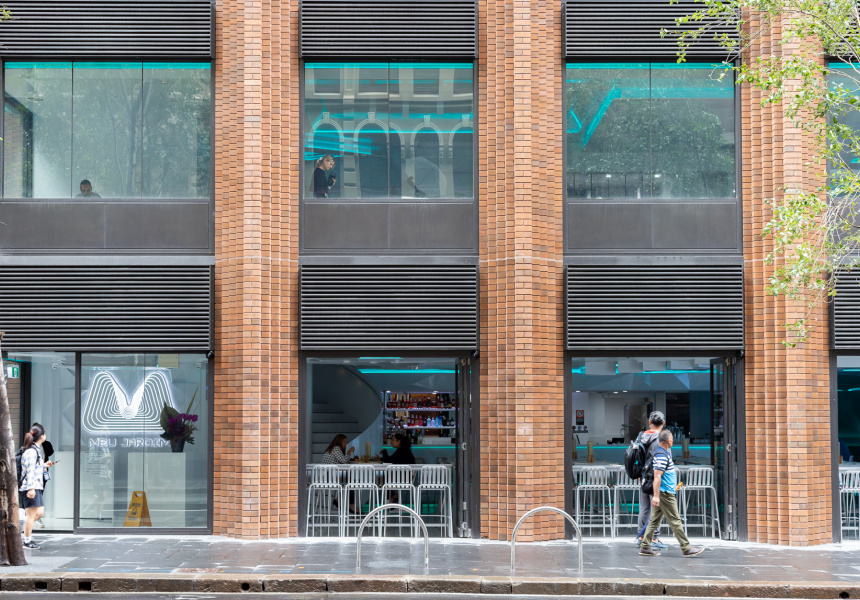 “I like to create things that shock the system. You’re surrounded by brickwork in the laneway and then you come inside and bang –¬ you’re in a glacier cave,” says Ussi Moniz Da Silva, owner of the newly opened Meu Jardim.

It’s not a real glacier cave, of course; the new French restaurant just looks like one. At the entrance there’s a three-metre-high water feature. Walk on and you’ll encounter pearlescent white interiors, marble benches, reflective glossy surfaces and faceted walls. It’s lit by 300 coloured LED lights, and in the bistro downstairs there’s a firepit. This restaurant looks like a vision of the future taken straight from The Jetsons.

“Other [restaurants] are going for rustic looks; we’re changing the mould,” Moniz Da Silva says. “When you come in, it’s like a futuristic oasis.”

It’s definitely in juxtaposition to the restored Skittle Lane just outside, which connects Kent and Clarence Streets and was built in the late-19th century to service the surrounding warehouses. Meu Jardim (meaning “my garden”) is part of the Skye Suites development at 300 Kent Street, a residential tower with hotel designed by Tokyo-born, Sydney-based architect Koichi Takada. The eatery spans two levels and is the most dramatic venue in a precinct of cafes, restaurants and shops.

The theatre continues with the food and drink. For $60, you can add gold leaf to the 1.2-kilogram Gippsland tomahawk, and Moniz Da Silva says they’re partial to dry ice and fire when making their cocktails (Moniz Da Silva also owns Bondi venue Upper East Side).

Executive chef Jason McCauley (Il Bacio) oversees the preparation of oysters, escargot, confit salmon and duck à l’orange – each a tribute to the owner’s love of French cooking. While it might sound classical, McCauley’s approach is modern and always balanced and zesty. A pork cutlet is lifted with fennel, sorrel, burnt apple and pomelo, for example, and a lobster tail comes with persimmon.

The bistro downstairs is more casual and aimed at lunchtime office workers, with baguettes, chicken and chips, and salads available. That's also where you'll find the firepit. There aren’t too many firepits in Sydney, especially in the CBD. This one accommodates about 45, and come winter is likely to be a nice cosy spot to retreat to. 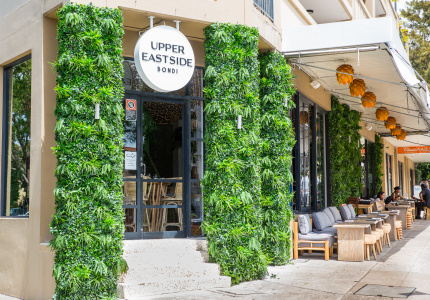 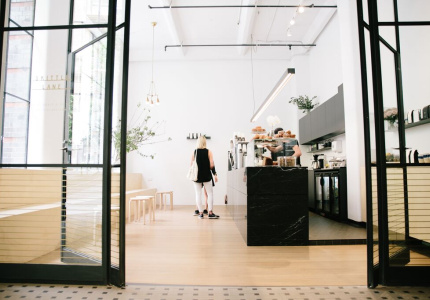