The Italian gelateria is bringing its Bologna-style gelato, sorbet and Sicilian granita to western Sydney. 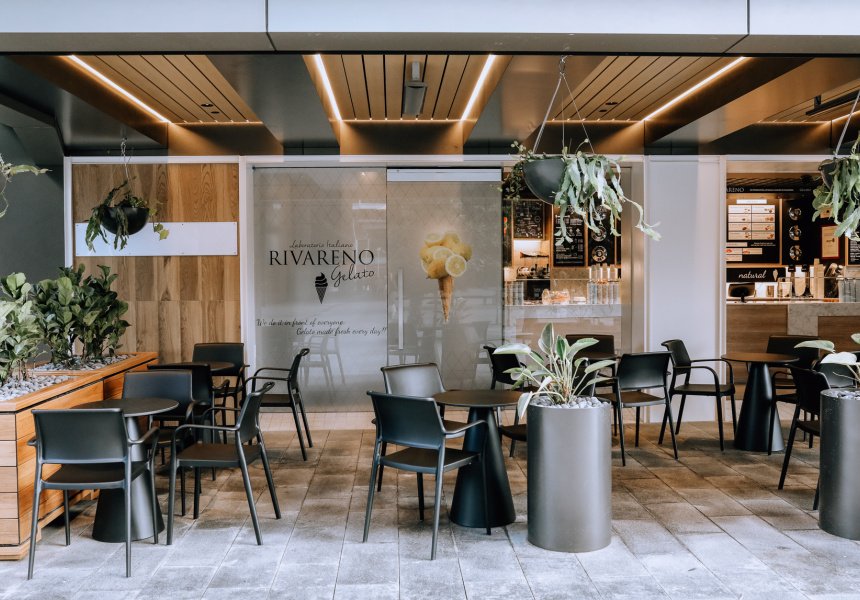 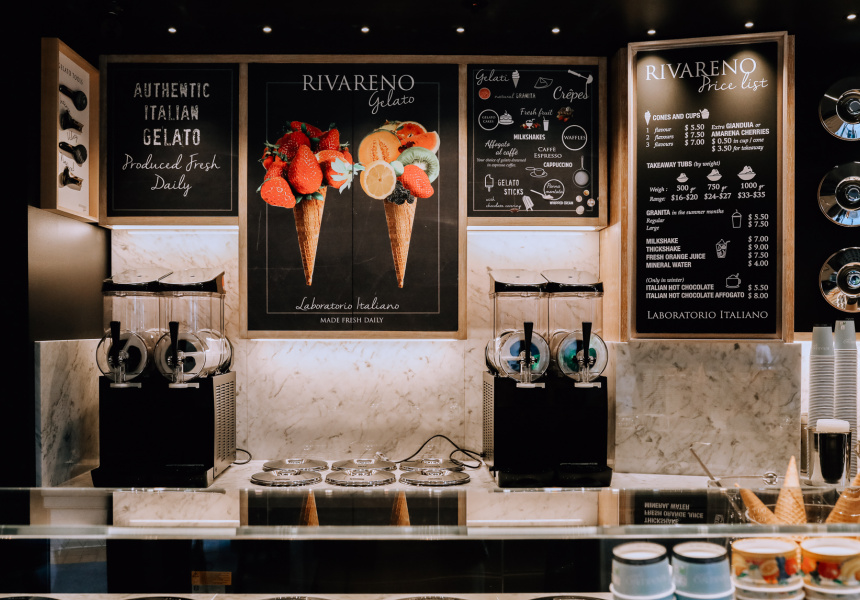 We’ve almost arrived at the time of year when the weather is ripe for sitting outdoors and piling gelato into our mouths. Perfect timing, then, for Italian gelateria Rivareno to launch its third Sydney store. Rivareno number three has opened this week in Parramatta Square, a $3.2 billion project that combines a dining hub with retail, housing, office space and a Western Sydney University campus.

“Paramatta’s always been in our sights,” Kieran Tosolini, owner of Rivareno Sydney, tells Broadsheet. “There’s so much going on here with the development, there are so many people investing in Parramatta, and I just see huge potential out here.”

Tosolini opened the first Australian outpost of Bologna-born Rivareno in Darlinghurst in 2013, and followed it up with a store in Barangaroo in 2015. The gelateria is known for its use of pozzetti, sealed containers that maintain the gelato’s freshness and temperature – important when it’s made without preservatives, artificial colours and flavours or hydrogenated fats. Every one of the 26 gelatos in the Parramatta store will be made in-house on the day it’s sold.

There are classic flavours you’d find in the gelaterias of Italy – pistachio; cioccolato (chocolate); caffé (coffee and dark chocolate); and fior di panna (milk and cream). And then there are flavours such as the New York, New York (inspired by pecan pie); Alice (mascarpone, marsala wine, chocolate and hazelnut); and sheep’s milk ricotta and fig. There’s also a range of sorbets (including lemon, strawberry and blood orange), and Sicilian-style granita (mandarin, watermelon and lemon).

Once offices start returning to full capacity post-Covid, Rivareno will go harder on the cafe side of the business. A barista will be pouring coffees, and the store will sell pastries and fresh orange juice.

Appearance-wise, the store is similar to its siblings – but there’s “more Carrara marble, which looks really cool”, says Tosolini. Back-of-house takes up much of the space, but an expansive al fresco dining area more than makes up for a lack of interior seating.

Tosolini says his main customer base will likely be office workers, locals and students at the university. But, with diners such as Ibby Moubadder’s Lilymu and Maurice Terzini’s Cicciabella likely to pull people from the city, there’s a good chance it’ll lure dyed-in-the-wool Rivareno fans as well.

“They’ve done a really good job [on the square], it looks really nice,” Tosolini says. “At night it’s all lit up, it’s fantastic. All the people who have been here have been pleasantly surprised and amazed by what’s here.”

Visit Rivareno Gelato Parramatta between 1pm and 3pm on Friday, October 23 and mention Broadsheet for a free scoop of gelato in a cup or cone