A retro cocktail bar with views over Hyde Park; “stone-baked pizzas"; and a Japanese restaurant by an ex-Sake chef. 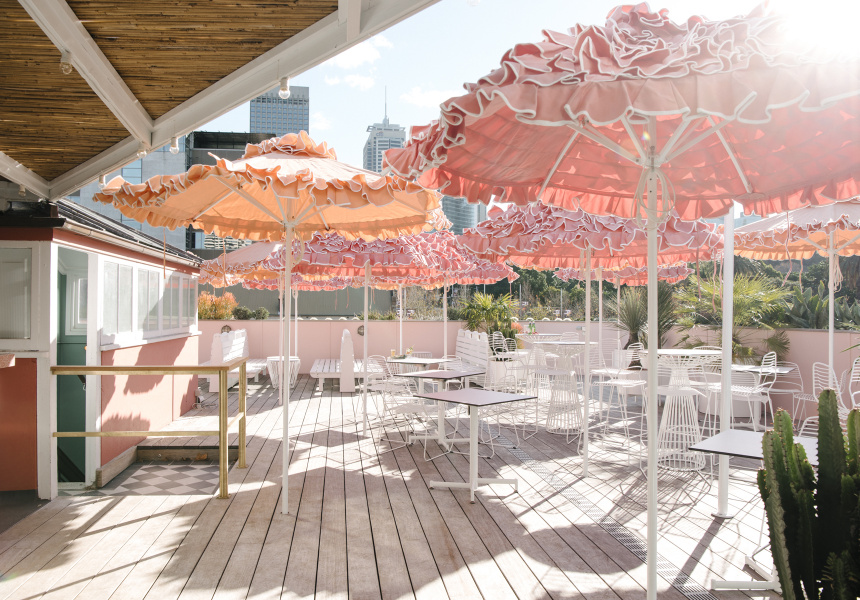 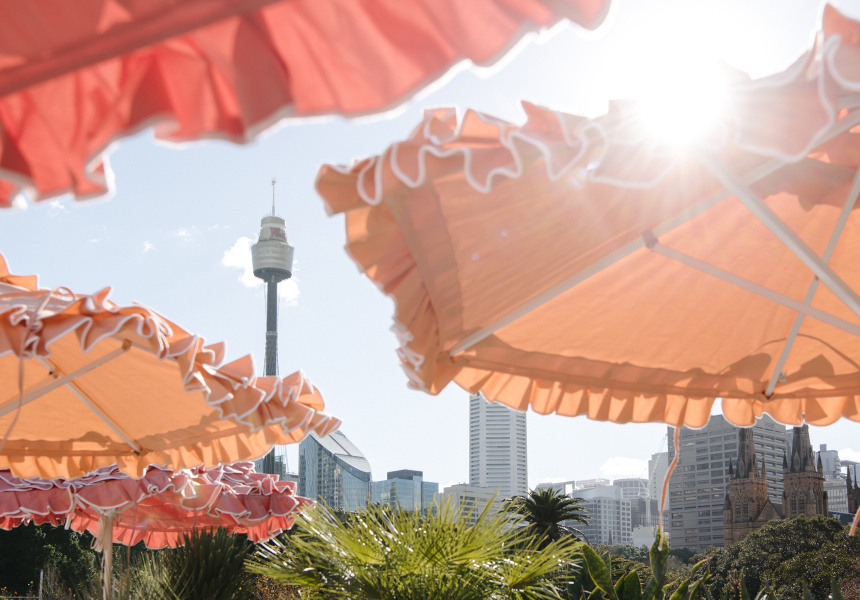 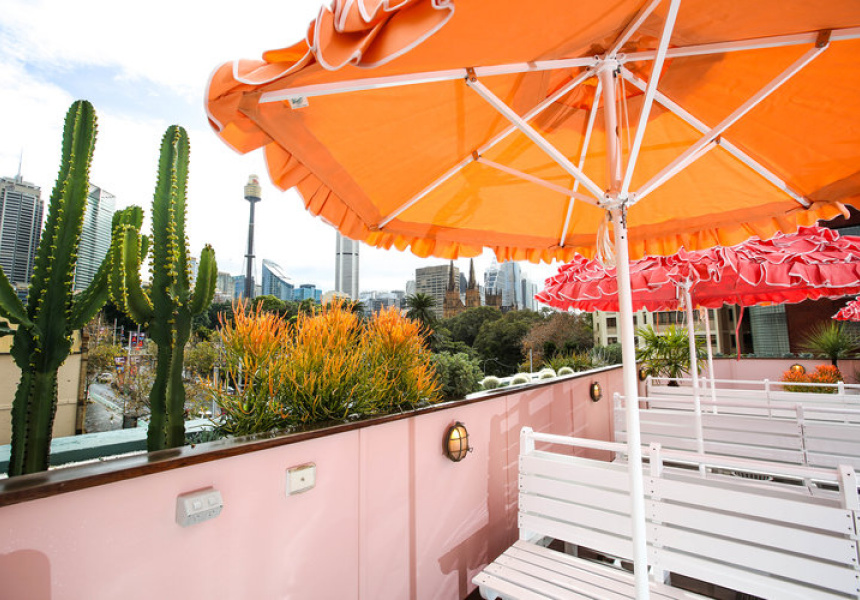 Hotel William was never a fancy place. The most extravagant part of the dingy pub on William Street, located at the back of the Australian Museum, was the lime-cordial-green neon sign that flickered out front. But it has reopened, following one of inner Sydney’s biggest pub makeovers – tallying in at $5 million. Reintroducing itself as Hyde Park House, the four-level extravaganza is brought to you by Warren Livingstone, the publican also behind Waverley’s Charing Cross.

“We wanted to create a place that catered to the neighbourhood. Especially in East Sydney I think people are probably fed up with the idea of big super-clubs and long lines,” says Livingstone.

The ground level’s burgundy carpet and pokie machines have been removed, replaced with a down-to-earth, but polished pub named Public Bar. The brief was to restore the pub to its former 1919 glory. The design is simple and clean, with vintage beer posters lining tiled walls, and timber doors and windows that look out onto William Street. An old-school circular bar takes pride of place in the centre of the room.

But Livingstone didn’t quite realise the magnitude of the job before him. “Once we got stuck into the renovation it was a huge job. It’s one of those things where once you’ve started there’s no turning back. We were buying heritage tile companies out of stock,” he says of the dramatic redesign, which makes the most of the Federation-style architectural details from 1919.

The menu at Public Bar doesn’t challenge and appeases the masses, ushering in arancini balls with wild mushroom and truffle; crunchy fried school pawns with a dollop of lemon aioli; and succulent chicken wings with chipotle mayo. To follow there’s a classic rump steak with fries (the McDonald’s kind); beer-battered fish and chips (which shatters in the mouth); and a generously sized chicken parmigiana. Get stuck into the selection of “stone-baked” pizza, too, from the classic margherita (with fior di latte, basil and tomato), to the Pepperoni Pig – piled high with slow-roasted pork belly, pepperoni, jalapenos and pickled peppers.

With 16 beers on tap and a decent wine list (showcasing local and international varietals), the drinks have gone up several notches.

Climb the stairs to level two and you’ve arrived at The Club Lounge – a private function space, perfect for groups of up to 250 people.

Ascend another set of stairs and you’ll find a swanky cocktail bar named Jessie’s, which offers the same food menu as the Public Bar. Friday nights here welcome a rotating roaster of DJs, as well as colourful drag shows. Standout drinks include the Blood Orange Margarita or the Blueberry Cosmo, which comes with vodka, blueberry liquor, almond cordial and lime juice – topped with fresh blueberries.

Go further north and you’ll arrived at the crown jewel: Slim’s. The enormous rooftop bar, with panoramic views over Hyde Park and the city, is anchored by a modern Japanese menu of sushi, sashimi and sizzling plates, played out by chef Taichi Ito (ex-Sake Brisbane, Darlo Country Club) – it’s an oasis up here. Dressed in retro ruffled umbrellas in pastel pink and orange colours (evoking a day by the pool at LA’s Beverley Hills Hotel), as well as verdant succulents, this will be a treat come summer. Plans are in place to host a rooftop cinema and morning yoga classes in the future, too.

“Will Dangar designed the rooftop. He’s done some amazing houses and he’s a good friend of mine so I roped him in to do the roof. We looked at some glamorous old Slim Aarons photographs for inspiration and that kind of set the tone for the place.”

This article was updated on August 22, 2018. This article first appeared on Broadsheet on June 18, 2018. Menu items may have changed since publication. 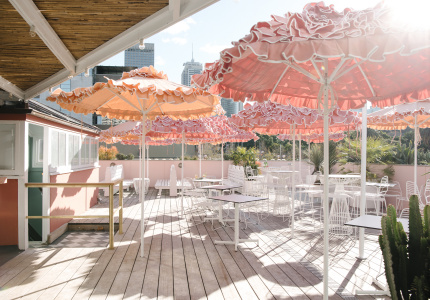