It’s one of the few cafes in the city where dining in for breakfast on a weekday is encouraged, and it’s the third venue to open in what the owners are calling their “Wynyard Precinct”. 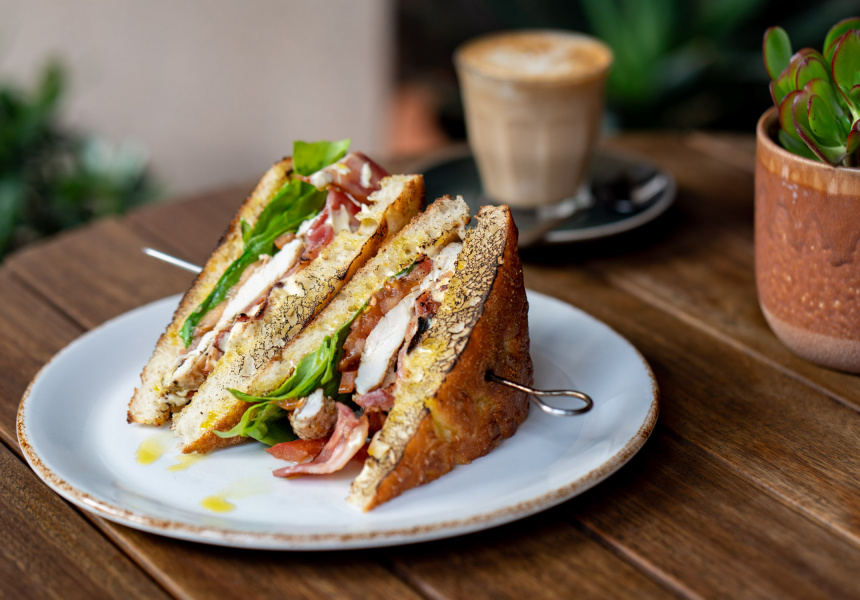 Ask Hamish Watts, co-owner of Applejack Hospitality group (The Botanist, SoCal, The Butler, Endeavour Tap Rooms), what his grandmother was like, and he’ll tell you she was a “quirky and fashionable lady” who looked to ’60s style icons such as Jackie Onassis and Audrey Hepburn for sartorial inspiration.

“She used to love to entertain,” Watts tells Broadsheet. “She was always hosting soirees at her house where she’d be serving cocktails and hors d’oeuvres.”

Her sassy and vivacious personality has served as inspiration and namesake for Applejack’s latest venue, Hester’s. Opening today, the cafe completes the hospitality group’s plan to launch three eateries in two years on Carrington Street, opposite Wynyard Park in the CBD – they’re calling the trio of venues the “Wynyard Precinct”. Hester’s sits alongside restaurant and bar Bopp & Tone, and pint-sized grab-and-go cafe, June’s Shoppe. Like Hester’s, both are named for Watts and his business partner Ben Carroll’s grandparents.

“We felt the cafe that was previously there [Table Sixty] was letting down what was being offered [at Bopp & Tone] … so when Covid hit, we used the time to reconfigure the space, give it a [new] fit-out and to create a new menu,” Watts says of the space, which Applejack purchased in 2018.

Shades of terracotta red envelop the space, which occupies part of the lobby of the adjoining office building, as well as the terrace at Bopp & Tone. The heavy use of timber and tiles is warmed up by a Moroccan-style rug, hanging rattan pendants, brass feature lighting and a large dried arrangement of Hester’s favourite flowers, hydrangeas.

With ample space at Hester’s disposal, dining in for breakfast is encouraged. “There aren’t a lot of great places in the CBD to sit down and have breakfast … so we feel very blessed to have a space which offers that to people,” Watts says.

Hester’s shares a kitchen with Bopp & Tone, and has a similarly Mediterranean-influenced menu designed by Sa Va’afusuaga, who is head chef at both venues.

Breakfast dishes include house-cured salmon sandwiched in a pretzel roll with dill cream cheese, onion and capers; a bacon-and-egg breakfast burger; and butter-roasted mushrooms with buffalo curd and salsa verde on sourdough. French toast with coconut crumble and crème fraîche, and house-baked goods, including Portuguese tarts and croissants, are on hand to satisfy those with a sweet tooth.

Office workers looking for a lighter, more casual alternative to Bopp & Tone’s meat-heavy lunch menu will find it here, with seared tuna niçoise salad, crumbed snapper with gremolata, king prawns with garlic and chilli, and a woodfired chicken club sandwich all on the menu.

Morning brews for the office crowd are made with beans from north shore roaster Gabriel Coffee. There’s also a range of sparkling sodas, and a short selection of wine and beer is available from midday. (And if you ask nicely, the waitstaff will let you order a sneaky cocktail from the full Bopp & Tone cocktail list.) 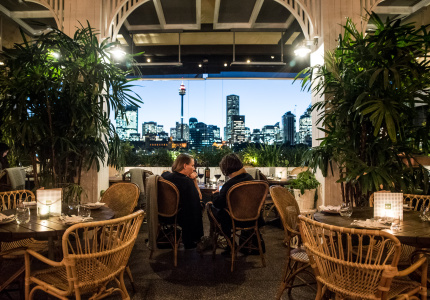