First Look: Goodwood Bakeshop Takes Over a Former Italian Bakery in Marrickville – And Is Already a Local Hit

It’s run by a couple who list Staple, Bourke Street Bakery, The Bread & Butter Project and Brickfields on their CVs. Get in early for crunchy croissants, rustic sourdough and seasonal-fruit danishes – they often sell out. 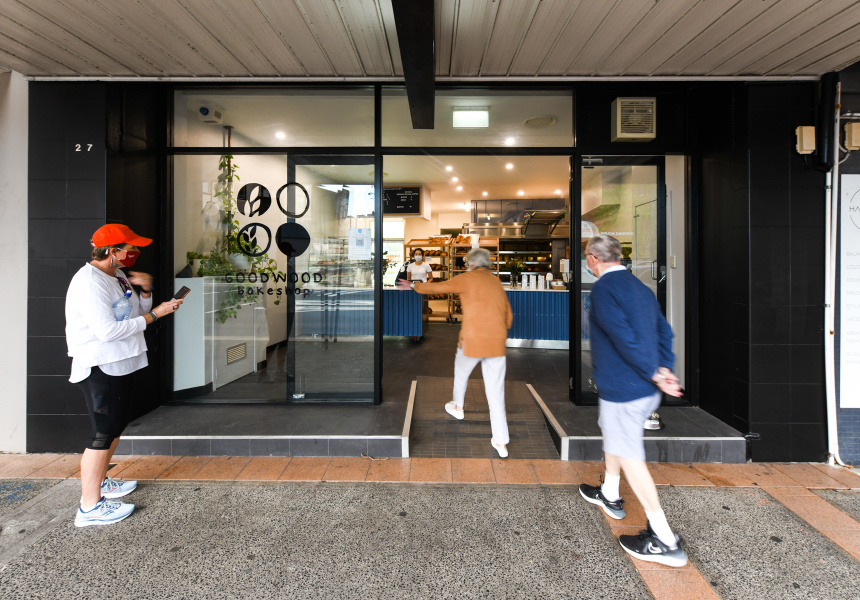 A space formerly home to a longstanding – and, as often noted, oddly dark – Italian bakery in Marrickville has been transformed to house a bright new neighbourhood bakery, Goodwood Bakeshop.

It’s a refreshingly welcoming addition to Marrickville Road. The inside is splashed with white paint, calming blue panelling wraps the counters and you can see through to the industrial kitchen out back.

Behind the new bakery is husband-and-wife duo Jamie Goodin and Alex Alewood (who’ve named the shop using a mash-up of their surnames). Combined, they have more than 20 years’ experience. They met in 2010 while both working at Bourke Street Bakery, and between them have done stints at Brickfields, Black Star Pastry and, most recently, Staple Bread & Necessities in Seaforth. Alewood also used to be head baker at social enterprise Bread & Butter Project.

“Opening a bakery of our own had long been a dream, but it got serious about two years ago. We started looking for the right spot and we got close a couple of times over the years, but we weren’t finding ‘the one’,” Goodin tells Broadsheet.

“We’d heard whispers of an existing Italian bakery in Marrickville where the owner wanted to retire. It took a while to get the deal done, but we did. After taking possession, we were in the very next day getting started on making the space ours.”

All of the flour used by the kitchen is grown, harvested and milled in NSW, near the Tamworth “wheat belt” region.

“It just sort of worked out. We weren’t specifically thinking about sourcing locally in the beginning, but once we started doing our research, we thought that’s a really good thing to be able to do,” Alewood says.

“It just really spoke to us. We’ve got two flour suppliers: one that's a little bit of a larger-scale operation, and one that is really just a husband-and-wife team farm … doing everything themselves.”

The bakery has a small commercial grain mill, which is used to freshly mill the whole-wheat flour that’s added to its dough starters. “We’ve been putting a little malt in the dough, and we’re using grain from a few different suppliers … We add it to the levain, which is the starter, and it gives this really nice creaminess and activity,” Alewood says.

Each day Goodwood bakes loaves of plain and seeded sourdough, as well as some outstanding pastries, including plain croissants, pain au chocolat, and superb Gruyere-and-mustard croissants (which often sell out before 8.30am). Other pastries and desserts are dictated by seasonal produce. Lately that’s included strawberry-and-hazelnut danishes and tapenade-and goat’s-cheese scrolls. Plans to bring back old-school bakery favourites such as vanilla slice are also in the works.

Alongside the baked goods, Goodwood is brewing coffee by nearby Deluca Specialty Coffee. 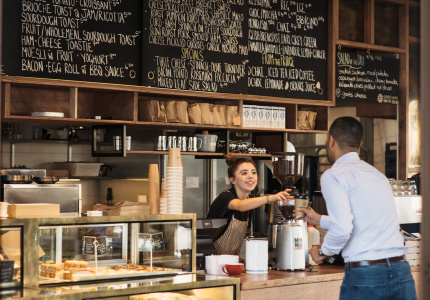