Few people have shaped Sydney’s drinks scene as much as de Maria. With Mattia Dicati and chef Enrico Tomelleri (10 William Street, Ragazzi and more), he’s continuing the wine conversation with a bar all about vino, meats and cheese, a restaurant with handmade pasta and a bottle shop stocking 450-plus bottles. 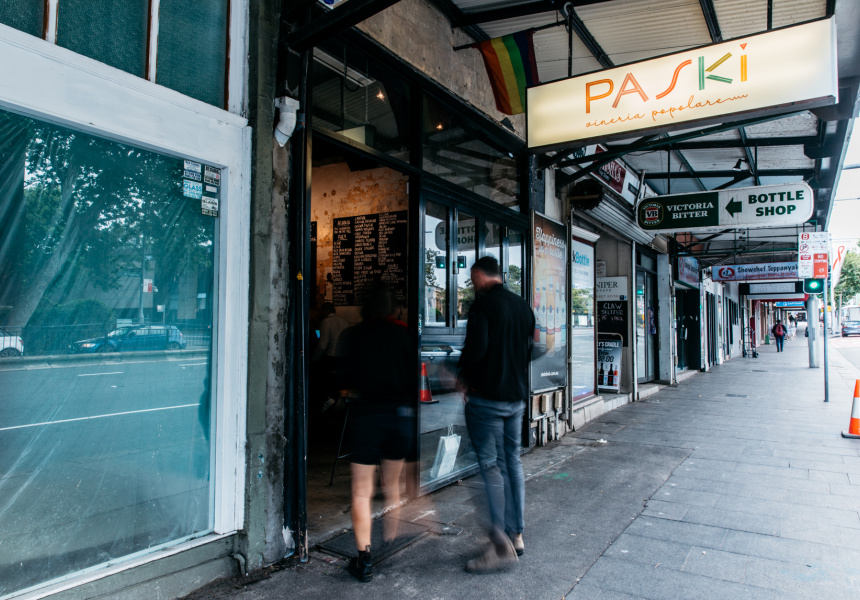 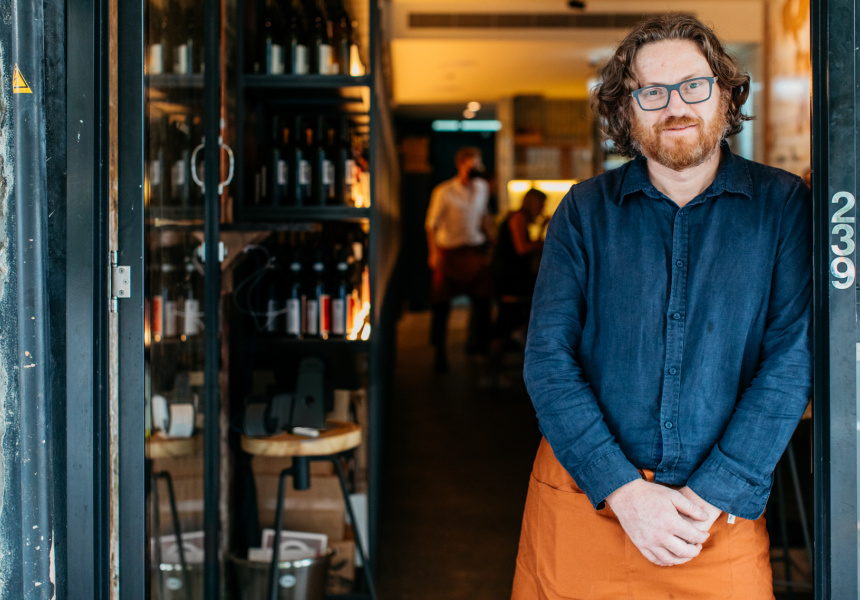 Sydney’s hottest new restaurant is named after a dog, who is named after a wine. Paski, a border collie who lives in Bronte with his owner Giorgio de Maria, will sadly not be working behind the counter at Paski Vineria Popolare’s downstairs wine bar or bottle shop, or helping the chefs in the intimate upstairs restaurant. But she will be overlooking the dining room, from a bold new artwork by Gianluca Cannizzo.

The Turin-based artist (who runs graphic design company My Poster Sucks) was commissioned to create a piece for the venue, and his large-scale artwork dominates one of the walls of the level-one eatery, Paski Sopra (sopra translates to “above” in Italian). It’s based on Leonardo da Vinci’s The Last Supper but, unlike the original, this version is a wine-fuelled celebration with vino-filled glasses being enthusiastically swilled, and Paski sitting in front of the table, on a floor strewn with broken bottles.

It’s high praise – placement in the artwork is not afforded to any of the venue’s owners: de Maria, Mattia Dicati and Enrico Tomelleri.

Paski Vineria Popolare opened yesterday, and its arrival is fantastic news for fans of Italian food and interesting wines. It’s moved into the space formerly occupied by This Must Be the Place.

Tomelleri, who has cooked at some of the city’s best Italian eateries – including Ragazzi, Alberto’s Lounge and 10 William Street – is in charge of the food. Downstairs is all about the meats and cheeses, plus a couple of other bites such as oysters, olives and pancetta-wrapped mussels, skewered and grilled.

There are a dozen meats – from mortadella to saucisson, noix de jambon and prosciutto – and about the same number of cheeses (made with raw, cow, sheep, goat and buffalo milk) from Australia, Italy and France. Highlights include a 36-month-aged Comté, a bitey pecorino and one of this country’s most celebrated cheeses, Holy Goat’s La Luna.

Even if you aren’t familiar with de Maria’s wines, the booze you drink in Sydney has likely been influenced by him. There are few people who have shaped this city’s drink scene as much as de Maria has – first at the now-closed 121 BC Cantina & Enoteca, then as co-creator of natural-wine festival Rootstock. His ideas around sustainable agriculture and wine production – most importantly championing wine that’s simply fermented grapes in a bottle and nothing else, with no preservatives, sulphurs or other nasties – have significantly informed drinks trends across the country.

Now, he continues to drive change by listing Paski’s wines not by variety or colour but by the people who make them. “This is so we highlight the artisan producers,” he says. “So instead of people talking about sparkling wine, they’ll be talking about the people creating the wines – the producers.”

Staff will be pouring lots of options by the glass (the list is always changing), or you can grab something from the shelf to drink for a small corkage fee. The main focus is dining in, but you can buy a bottle to take away (it’s $1 cheaper if you BYO bag).

Upstairs there’s a longer à la carte menu of handmade pastas, seafood and more. It’s tiny, but a thoughtful design has helped create intimate spaces. Our pick is the tables at the window overlooking Oxford Street.

Here you’ll be able to get rare and special wines, in addition to the selection available downstairs, and on Wednesday nights the space will be used to host tastings. “Customers can learn about and buy something from the person who sourced the wines themselves and who knows each producer well. We’re offering a direct link to these winemakers, which will make for a really special experience,” says de Maria. 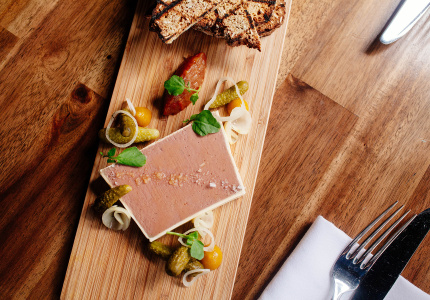 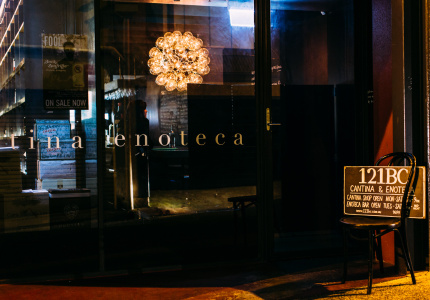