Merivale's most ambitious restaurant is cooking some of the country’s best produce over fire. 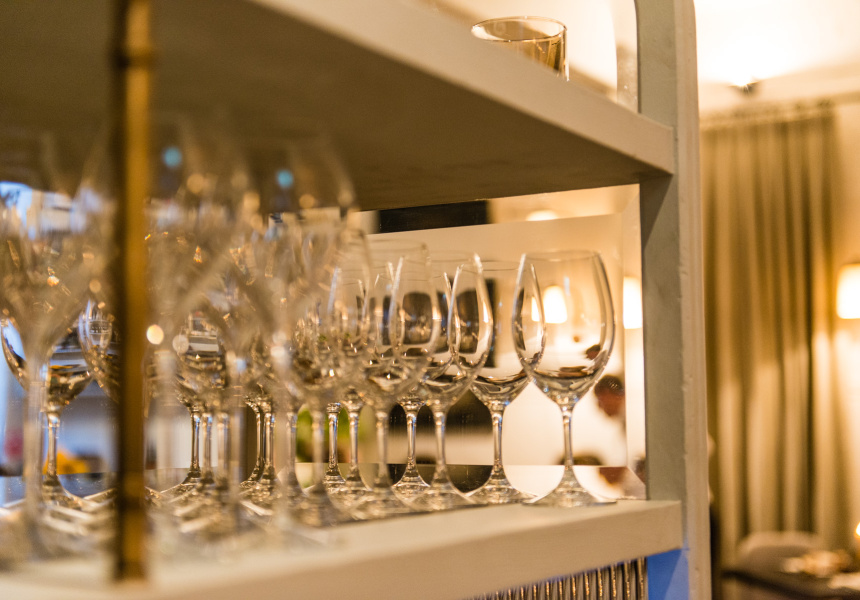 Fred’s and Charlie Parker’s might be Merivale’s most forward-thinking venues yet. Not because the two-in-one restaurant and bar is exceptionally ambitious, but because in many ways it has captured where Sydney hospitality is right now. Most of the food is cooked with fire, nothing is overly complicated, the drinks are local and everything (both in the bar and kitchen) is fundamentally produce-based.

Danielle Alvarez, the head chef for the two venues, says “It's what I love; really simple, really honest, great produce, seasonality driven and full of flavour.” Merivale’s CEO, Justin Hemmes, had a similar vision and has involved Alvarez (ex-Chez Panisse) in almost all aspects of the venues’ creation. She says her most important contribution has been to centre the restaurant around a wood-fired oven and open-fire hearth. “They're beautiful ways of cooking, the best for flavour,” she says.

They permeate the whole menu. Homemade ravioli (triangoli, to be precise) are stuffed with roasted asparagus and topped with Parmigiano and brown butter. There are salads with wood-fired snow peas and a dressing of dried chilli, prune and pepitas. And raw baby artichokes with roasted Cipollini onion, kombu oil and mache (a nutty salad green). Lamb legs hang over the hearth. They are cut onto the plate alongside a lamb rib, braised lamb shoulder, grilled artichoke, broad breads and laverbread (Welsh-style boiled seaweed).

Don’t count on trying any of this when you visit, though. “Even trying to have this menu for the opening week is challenging for me because my mind just goes. I see something new from a farmer and I want to change the whole thing,” says Alvarez. The only thing that might last the season is the Robin Island steak. “It's such a beautiful piece of meat. We don't do a whole lot to it, just serve it with potatoes and salad.”

Her excitement about seasonality and her approach to produce comes from working closely with acclaimed farmers like Fabrice Rolando from First Farm Organics in the Blue Mountains. “Where not trying to hide anything or explain how something came to be [cooked or transformed]. What you see on the plate is exactly what it is. We're just trying to highlight what's best in that moment from the farmer.” Alvarez says she’s part of a wider movement bringing back older ways of doing things.

Alvarez and Hemmes have taken the same approach to the design of Fred’s. Alvarez says it is styled in mind of farmers' kitchens. That’s translated into a bright, wood-dominated aesthetic that looks like a stylish French country retreat.

Charlie Parker’s, on the other hand, is darker and more mysterious. “The exciting part about it is me and Toby [Marshall] have been pulling this together for two years but no one's really sure what it is,” says former Palmer and Co. bartender Sam Edgerton. “It has a basement-bar feel to it but because the entire back wall is a window, it's not. There's lots of dark woods, leather, rugs and a bar that looks like it's been there forever.”

The atmosphere may be different but it has the same philosophy as upstairs. “The idea is to base it on the anatomy of a plant. So, a kind of end-to-end approach to how we make our drinks and use produce,” says Edgerton. “On top of that, we’re working with Danielle's local producers. They're telling us what's best and what's in season.” That goes for the cocktail ingredients but also the spirits, wines and beers. “Everything we put on the back bar – we will want to have met the producers. They will have an interesting story or their produce will be based around a sense of place,” says Edgerton. The cocktail menu won’t even have drink names; instead it’ll be a list of dominant ingredients. “It's still a neighbourhood bar, though. There'll be elements that are challenging, sure, but the drinks will be familiar.”

In terms of the menu, “It's completely different to upstairs. Most of it is plates of charcuterie, a lot of that we've made over the last few months. Cheeses, almonds, olives that kind of stuff and small share plates,” says Alvarez. For share plates imagine wood-fired flat breads with creamed garlic, chilli and kale; salted beef croquettes with mustard; and baked fetta on lemon leaves with roasted grapes and bread.