First Look: Fall in Love With True Romance, a Romping Bar With Indian-Accented Snacks in Newtown

Named after a little-known Quentin Tarantino film, it’s as dynamic, fun and genre-bending as his cinematic creations. Sip a coffee-and-mezcal take on the Negroni while snacking on fried chicken in a butter-chicken sauce. 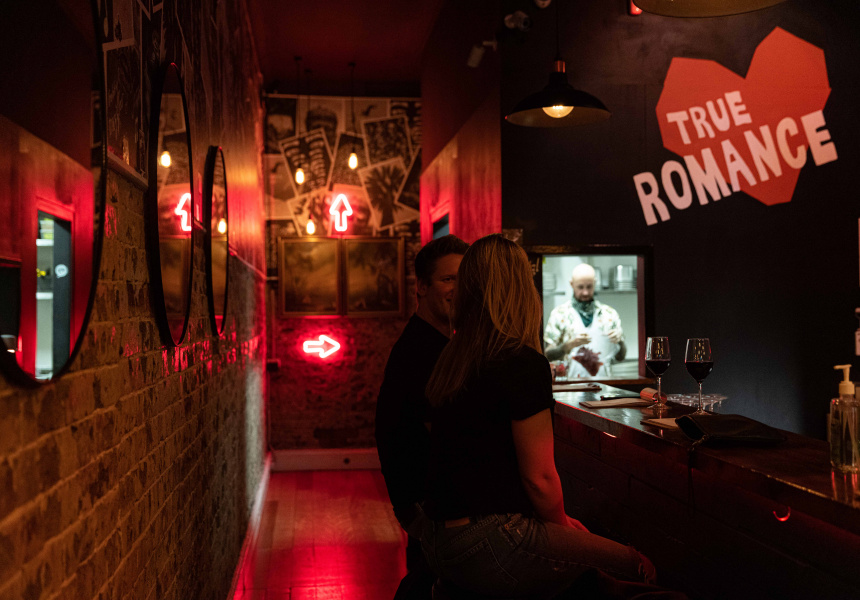 Not long before lockdown, the north end of King Street, home to Newtown favourites Bella Brutta and Cafe Paci, got even livelier with the addition of True Romance – an 88-seat (currently half that due to capacity restrictions) bar and restaurant that’s an ode to all things Quentin Tarantino.

Named after the 1993 film, which Tarantino wrote, the bar is the brainchild of three hospitality industry veterans. Nikhil Bhanot (Rockpool, Movida, Nomad and former head chef at The Imperial Hotel) has drawn on his heritage to produce a menu of modern Australian classics spiked with Indian flavour profiles. Whit Becke has a background in operations (Mary’s Group, Merivale, Solotel and Sydney Collective), and Rob Kilby was the former general manager at Goros, Darlo Bar and Public House Petersham.

“Before he became known as the director he is today, Tarantino had a couple of films he wrote that were not as well known,” Kilby tells Broadsheet. “We drew the line that this is our first foray into [a venue of our own] after having all built up careers working for the biggest hospitality groups in Sydney. That’s the genesis of the concept. Tarantino has this really beautiful way of running a pastiche of eras and colour palettes together.”

Jaz Lynch of Jaz Lynch Designs has created a space that draws on the cinematic auteur’s multi-layered, referential sensibility to create a fit-out that’s as engaging as it is welcoming. And the bathrooms are laugh-out-loud funny: push open the unassuming black door to reveal walls emblazoned with the lyrics of Stuck in the Middle With You, handpainted in large black letters – it’s a big wink to the infamous Reservoir Dogs scene.

The exposed brick walls are punctuated with layers of Tarantino-inspired posters and original artwork by Becke (in addition to his skills behind the bar, he’s also a National Art School graduate). The small courtyard is sun-drenched by day and lit up with fairy lights by night. Upstairs, a versatile space is destined for private functions, comedy and trivia nights. And the bar has just received preliminary approval to get live music and performance going in the space as well.

The trio’s decades of hospitality experience has earned them great friends within the industry. The cocktail list was curated by Flynn McLennan of The Long Goodbye (another fan of naming bars after books and movies).

The cocktails are all named after songs that appear in Tarantino’s films. Down in Mexico (recalling a Coasters song that appeared in Death Proof) is made with cold-drip coffee, Mr Black coffee liqueur, mezcal and Campari, and is “for those who like a Negroni but want to try something different … and also perk up”, says Kilby.

Food-wise, this is the first time Bhanot has harnessed the food he grew up with in a professional capacity.

“Working at Movida with Frank Camorra made me realise how important it is to draw on your heritage, to show the world what your food is like,” Bhanot tells Broadsheet. “But I didn’t want my menu to be a standard Indian menu.”

And standard it is not. Bhanot is from Delhi and has drawn on his hometown’s street-food dishes, among others, to create a brilliantly creative fusion of Australian and Indian flavours. White peas are paired with burrata; an aloo gobi-inspired dish of potatoes and cauliflower is held together with a macadamia puree and piled atop a crisp honey tostada; and the paneer and spinach balls (a frisky play on palak paneer) sit inside a pool of zesty coriander sauce. Tuna crudo with peanut and avocado is served on mathri – a flaky Indian cracker made with caraway seeds.

In a collision of comfort foods, Bhanot says the fried chicken with makhani sauce is essentially fried chicken done butter-chicken style. “I took the two best chicken dishes I could think of and I combined them.”

And while True Romance looks in every way like an homage to Tarantino, the camaraderie and warmth shared among the team makes it feel more like St Elmo’s Fire. Pull a stool up at the bar and chances are you’ll fall in love with True Romance just as quickly as True Romance’s Clarence and Alabama fell in love with each other.

New South Wales is reopening, but the pandemic isn’t over. We’re entering a new phase of living with Covid-19: some of us will be going out like crazy, while others might prefer to stay at home for now. If you want to support your favourite venues and businesses, ensure you're adhering to current health advice. The Covid-19 situation is evolving and public health requirements are still subject to change. If you have concerns about visiting businesses or public spaces, or questions about self-isolation or coronavirus testing, see the latest updates from the NSW Government. 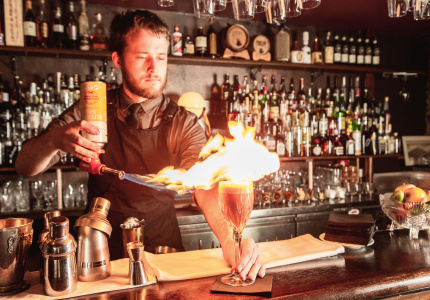 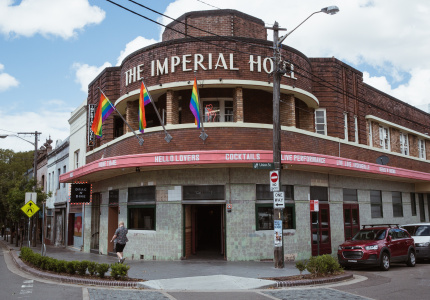 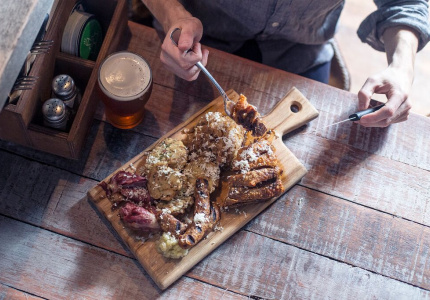 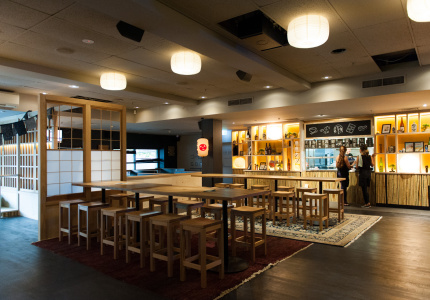 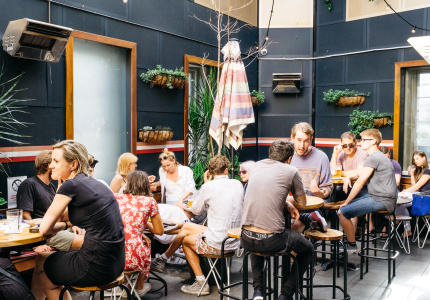