Walk past the 400-kilogram front door for an upstairs restaurant (serving tacos al pastor, a one-kilogram Wagyu rib eye and a sweet potato dessert) and a bar downstairs with more than 200 mezcals and tequilas. 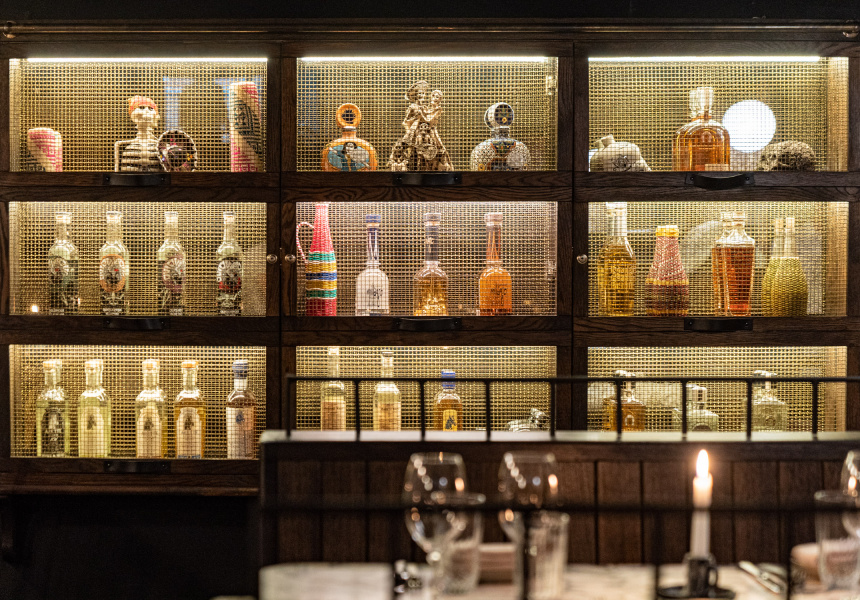 You won’t find guacamole or nachos on the menu at new CBD diner Esteban. And lick-sip-sucking salt, lemon and tequila? It’s discouraged. Instead, you’ll find mezcals and tequilas (for sipping, not shots) and dishes from across Mexico, inspired by a research trip taken by owners Mark Crawford and Michael Fegent, along with executive chef John Frid, last May.

“We also did LA and New York, just to get ideas for opening a modern Mexican restaurant in Sydney,” Crawford, who is also executive bar manager, tells Broadsheet. “In Mexico we saw that it was a different style of Mexican than what you’d typically see in Australia, which is more about American-style Mexican. So, we went to some fine-dining restaurants where they were using a lot of indigenous products. We’ve tried to do some of that – we’re using [indigenous Australian] bush tomatoes, native garlic flowers, sea cucumbers, just trying to [use them in] a traditional style of Mexican food.”

Esteban is the second venue from the team behind Paddington’s Tequila Mockingbird. It’s located in the high-ceilinged, heritage-listed former print shop that housed their Tequila on York pop-up in September. The pop-up was something of a trial run for the group, who used the time to nail signature dishes and build up their tequila and mezcal selection (they’re currently up to around 110 of each: “We should have the biggest collection in Australia in no time,” says Crawford).

A 400-kilogram acid-aged steel door, custom-made by Byron Bay artist Daniel Heapy, leads from Temperance Lane into the split-level venue. Upstairs is the kitchen and restaurant, furnished in dark wood, leather and copper. Guests will sit in booths and on banquettes, and there’s a hidden chef’s table for “a bit of an intimate experience”, says Crawford.

Executive chef Frid – who’s also behind the menu at Tequila Mockingbird – will cook meats and vegetables over a 3.4-metre ironbark-fuelled parilla grill. Though the menu incorporates dishes from across Mexico, taking in all the various influences on Mexican cuisine – from the Indigenous Mayans and Aztecs, to the Portuguese and Spanish – it also makes the most of native Australian ingredients and locally sourced produce. Tortillas are made in-house with a tortilla press imported from Guadalajara, Mexico.

“It weighs a tonne, but we want to be one of the only places that makes freshly made tortillas – something we’re not used to in Australia,” says Crawford.

The tortillas are put to use in tacos al pastor – with pork marinated in Middle Eastern and central Mexican spices, and cooked on a charcoal-powered vertical rotisserie – as well as slow-roasted, chilli-and-spice-marinated lamb tacos. Other menu highlights include a mushroom tamale; wattleseed-rubbed duck breast with aji amarillo (Peruvian yellow chilli); a one-kilogram Wagyu delmonico rib eye; and tres camotes, a dessert of sweet potato tart, sweet potato ice-cream and sweet potato meringue.

The downstairs bar is a riff on the New York underground drinking dens beloved by Fegent and Crawford (you can even feel the rumble of trains beneath you as you drink), and DJs will play on Friday and Saturday nights. A cabinet holds the bar’s extensive tequila and mezcal selection, including Clase Azul Reposado, which comes in at $300 a shot.

“We want to educate people sipping on agave and mezcal spirits, and keep people away from lemon and salt and shooting tequila,” says Crawford. “We’re trying to help people not be afraid.” That includes letting guests trial the spirits from a roving trolley, offering premium tequila flights and matching the spirits to cheese and chocolate.

There’s also a focus on “fun and fast cocktails” – “people shouldn’t have to wait around for them”, says Crawford – and an extensive selection of new and old-world wines. In the bar, as well as the al fresco Temperance Lane dining area, a street-style menu of tacos, ceviche and tortas will be available. (That menu can also be ordered to take away.)

“It’s a lot bigger than Tequila Mockingbird,” says Crawford. “It’ll be a fun atmosphere, especially downstairs – we want it to be dark and loud.” 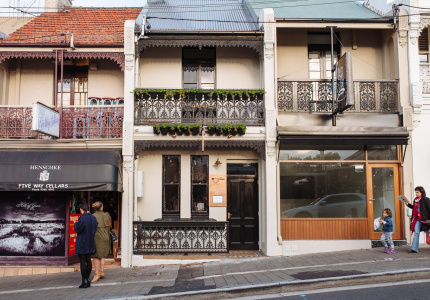