The pokies are gone and Big Buck Hunter is in. The Duke is back with a new look, vegan pub grub and a Sunday roast just like nan’s. 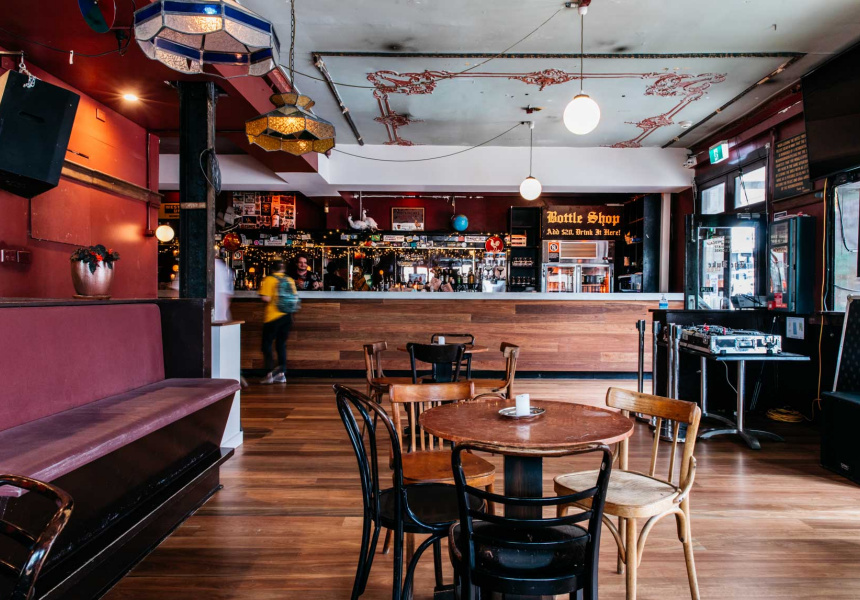 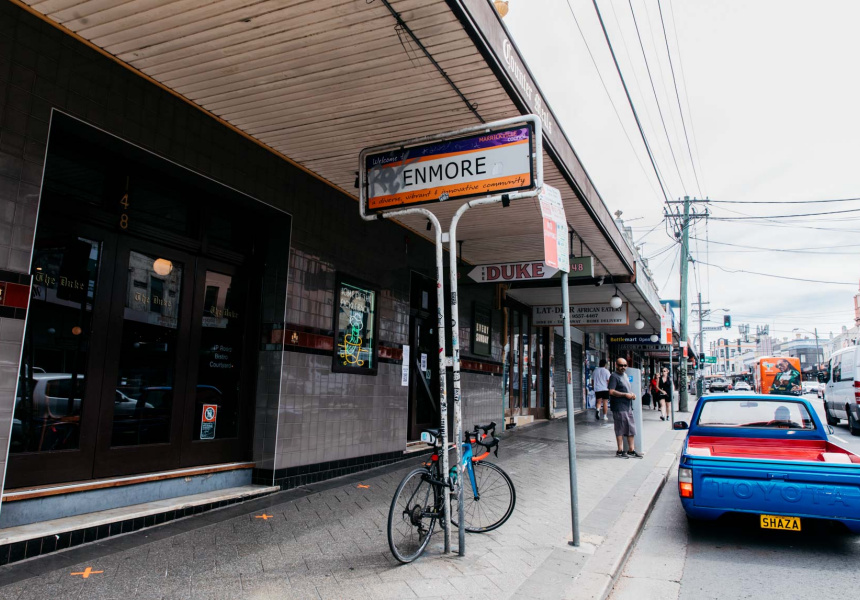 Up until a few weeks ago, no one really knew what was going on with The Duke of Enmore. The former tenants, International Worldwide’s James Wirth and Michael Delany, left the building during lockdown earlier this year, along with business partner Joel Amos of natural wine retailer Drnks. They’d only taken over and refurbished the formerly poky Enmore Road pub back in December 2018.

Sadder still, the trio also recently left their much-loved Waterloo dive-turned-taqueria and progressive grog shop, The George Hotel in Waterloo, while their other pub, Woolloomooloo’s Old Fitz, has yet to reopen post-lockdown. So, you can imagine our relief when Thorpe Hospitality (The Taphouse, The Oxford Tavern) announced it was taking over The Duke and giving it the reboot it deserves, with local beers, natural wines, “stiff and strong” cocktails, and classic Australian pub grub.

But when Broadsheet first visits, it’s four days out from opening and group director James Thorpe is still, scarily, in full demolition mode. “Don’t worry” he says, “I’ve done a few of these now.”

Plasterboard and panelling destined for the skip is strewn all over the floor. The old DJ booth in the front bar has been axed, soon to be replaced by the occasional two-piece blues band. And the wooden canteen window of a bar has been stripped back and opened up completely.

“There were two more bar tops underneath the last one when we ripped it out – classic pub stuff. Just bandaid fix over bandaid fix,” Thorpe says. “But it’s a long-arse bar. We’re going to be able to seat many, many barflies up there.”

When the bar opened last Thursday, October 22, the place was cleaned up, the fairy lights hung, and Thorpe was pulling beers behind the new matte-finished concrete bar top. Industry veteran Sabrina Medcalf (ex-Frankie’s Pizza and Tio’s) was there too, “bashing out Margaritas” in her new role as The Duke’s general manager.

The back room’s had a refresh as well. The retro carpet remains, but in the pokie den next door the evil machines have been ditched in favour of good ones. Now it’s a proper games room, with Big Buck Hunter and other arcade titles buzzing alongside the pool table.

In the kitchen, the group’s executive chef Adam Cremona is pumping out steaks, parmies and smashed-beef patty burgers, plus a completely vegan menu of pub classics. He’s also putting an Aussie spin on the Taphouse’s award-winning Sunday roast, with “the stuff that reminds of you of Christmas lunch at nan’s”.

That means tender lamb – “drenched in drinkable gravy”, says Thorpe – served with a house-baked dinner roll, and cold pasta salad, cheesy cauliflower or potato bake on the side.

Thorpe wants The Duke to become the kind of place people will be “proud to call their local”.

“That’s all we’ve ever wanted to do with our venues, really,” he says. “It’s so much about the experience you have when you come in. You can have the best cocktails, sick beers at a good price, but if you don’t feel welcome when you walk through the doors, it’s never going to be your local. That’s the most important part.” 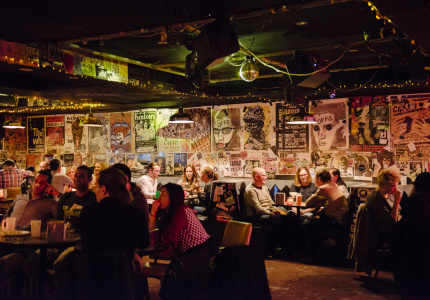