Like any respectable gadabout, the bartenders at this new CBD bar say an aperitivo is a must before dinnertime. A good place to start? The Evoluzione del Negroni – a taste journey through the history of the Negroni. 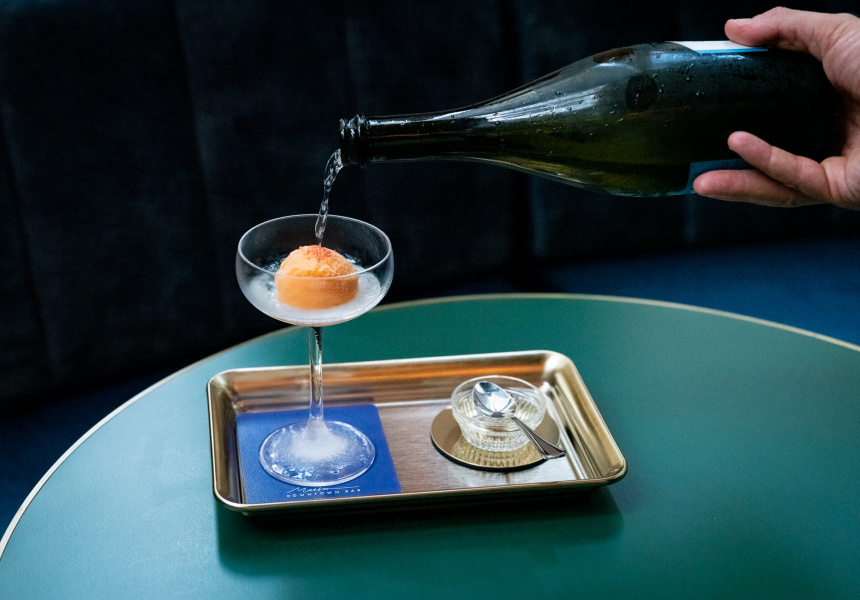 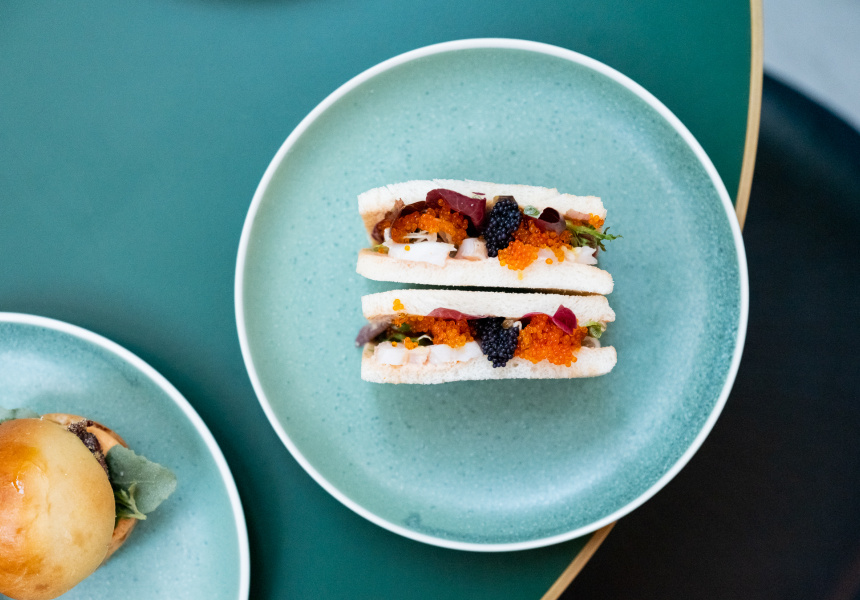 When Matteo Downtown opened in 2018, one of the notable differences between the CBD venue and its sibling in Double Bay was that it served breakfast.

“We’ve had to have a few breakfast meetings and found ourselves sitting in daggy lobbies of office towers. We realised there was nothing at this end of town [with this offering] and decided it was perfect for us to take on,” co-owner Adam Abrams told us at the time.

But Abrams and his partners in Adored Group (Lobo Plantation, Kittyhawk), Orazio D’Elia (former head chef and part owner at Da Orazio Pizza + Porchetta in Bondi) and Eddie Levy, have decided to shift focus and concentrate on what they do best – pairing good food with amazing drinks – and open Downtown Bar.

“When we originally took the space, being such a large space, we were doing coffee and breakfast, and that is not our forte,” Levy tells Broadsheet. “So we decided to go back to our roots and where we feel most comfortable, and that’s in food and beverage.”

The venue’s front cafe space is now a 100-person bar modelled on the vibrant aperitivo bars of Milan and Venice. The sculptural space still features artworks by Sydney artist and former Sneaky Sound System frontman Daimon Downey (who’s also a former owner of the now-closed Pelicano but they’ve added plush velvet green-and-blue toned seating. A curtain line has also been drawn to separate the bar from the restaurant.

Downtown Bar’s cocktail list has been left in the capable hands of bar managers Maurizio Furiani and Gio Porricelli who, like any respectable gadabouts, say an aperitivo is a must before dinnertime.

According to Furiani, the list has been designed so every cocktail has a story behind it and tells you a little bit about Italy. There’s the Ogni Maledetta Domenica (gin, Campari, Dom Bénédictine, pineapple juice and ginger), which comes wrapped in Italian sports newspaper as a dedication to Italy’s Sunday football crowds, who spend their time pre- and post-game at the local bar. Cocco Bello (gin, Italicus bergamot, aloe vera, kaffir lime and verjuice), meanwhile, has been named after the beach-roaming drink vendors in the south of Italy.

There’s also a section dedicated to Negronis. If you aren’t into the Negroni in Costiera (it’s got gin from the Amalfi coast and comes with kaffir lime) or the barrel-aged one, perhaps Evoluzione del Negroni will be of interest.

For $45 you get four small pre-batched bottles that offer a taste journey through the history of the Negroni. It starts with a Milano-Torino, or a Mi-To, which was first served in 1860 in Gaspare Campari’s cafe in Milan. “It takes its name from the birthplaces of Campari [Milan] and Vermouth di Torino [Turin], and represents the bittersweet blueprint for aperitivo classics like the Americano and the Negroni,” Furiani says.

This is followed by the Americano (equal parts Campari and red vermouth over ice, topped with soda), which became popular after WWII; then a Negroni; and a Boulevardier, otherwise known as the Bourbon Negroni.

To accompany the drinks list, D’Elia has created a small food menu. “There’s classic boards with salumi and house-made bread, to food that’s more contemporary and modern – a little twist on old recipes,” he says.

There’s savoury cannoli filled with smoked trout and finger lime, and D’Elia’s luxe take on a tramezzino – the quintessential Venetian sandwich, made on petite white bread minus the crusts. It's $30 and comes with poached lobster, cocktail sauce with sea succulents such as beach banana, and Avruga caviar. Diners can also order from the full restaurant menu if the spirit takes them.