First Look: Dan Pepperell Brings a New Wave of French Dining to Potts Point With the Opening of Bistrot 916 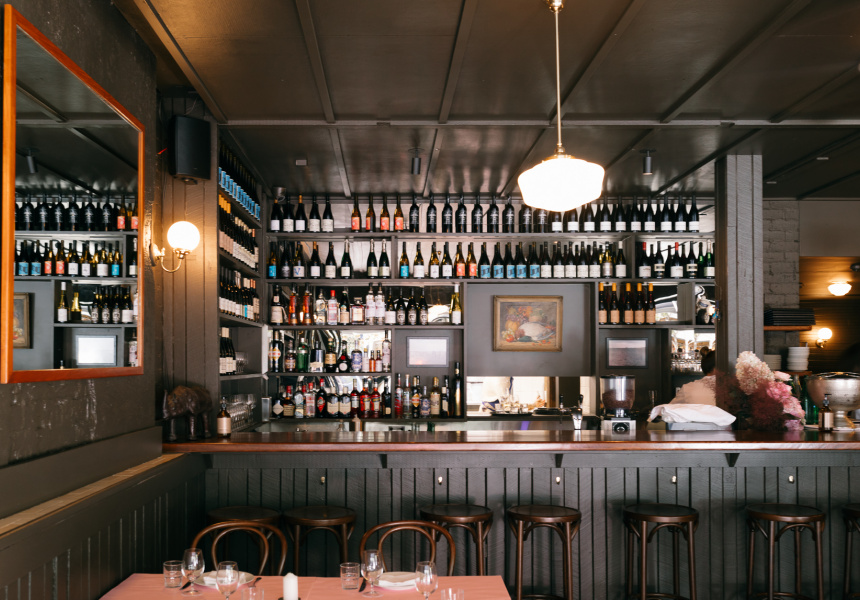 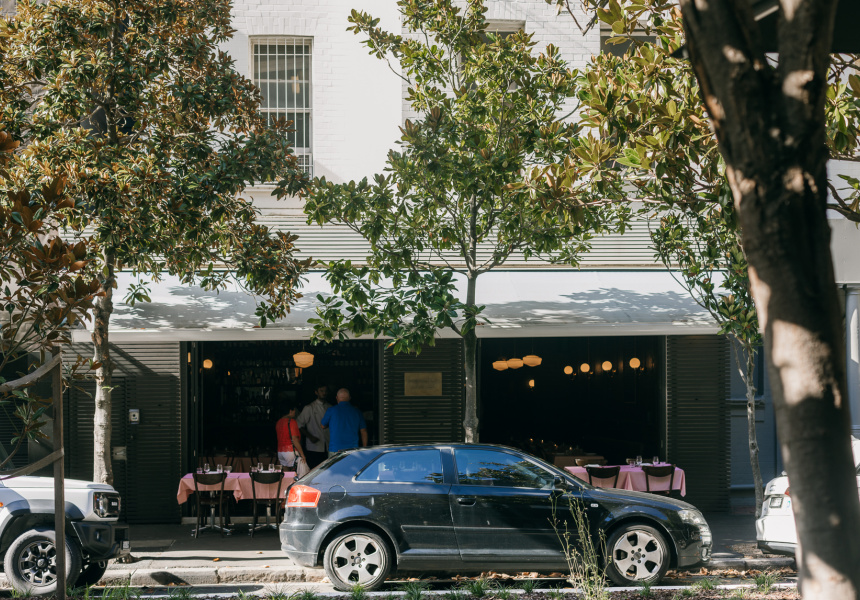 Dan Pepperell has cooked and eaten his way through the French culinary canon, so when it came to opening a new restaurant, choosing the cuisine was a no-brainer for the chef.

“I grew up being trained in French techniques, I love eating French food and it’s the backbone of Western cooking,” Pepperell tells Broadsheet. “They use almost every part of the animal and transform what we might call secondary or weird bits of meat into something delicious. French food is also a little bit special: you don’t really cook a blanquette de veau [veal ragout] at home, it’s more for a special-occasion dinner out and, of course, it’s absolutely delicious.”

The French neo-bistro, helmed by three of Sydney’s most exciting young hospitality players, has opened in Potts Point, serving a menu spanning the classics of French gastronomy – with a twist.

Sydney will be familiar with Pepperell’s French cooking. He comes from one of the city’s grandest Gallic eateries, Restaurant Hubert, where he was head chef (he was also head chef at Alberto’s Lounge, and prior to that 10 William Street). He’s one of the three co-owners of new French neo-bistro Bistro 916, which opened in the former home of Merivale’s Lotus (and its year-long Lotus 2.0 pop up), and which is serving a menu spanning the classics of French gastronomy – with a twist.

The other players are Michael Clift, whose career has taken him around the world. He worked in the development kitchen at Heston Blumenthal’s Fat Duck in England, followed by a stint as executive chef of the Kempinski Hotel in Turkey, before returning to Australia for an eight-year tenure at Rockpool Dining Group. And rounding out the group is sommelier Andy Tyson, who arrived at Bistrot 916 from his role as group sommelier at Swillhouse Group, where he worked with Pepperell at Hubert and Alberto’s Lounge.

Rounding out the team is sommelier Andy Tyson, who has arrived at Bistrot 916 directly from his role as group sommelier at Swillhouse Group, where he worked with Pepperell at Hubert and Alberto’s Lounge.

“Service will be run by Andy, which means it’s going to be very professional and of high quality,” says Pepperell.

The seafood-centric menu riffs off French-bistro classics, imbued with the creativity and innovation you’d expect of Pepperell and Clift.

“Mikey and I both eat a lot of Vietnamese food so one of the dishes is boudin noir [blood sausage] spring rolls,” says Pepperell. “It’s boudin noir wrapped in brik pastry and fried, then served with lettuce, fresh herbs and an apple-cider dipping sauce.”

Of course, there are plenty of French standards, such as shucked oysters, chicken-liver parfait and steak au poivre with duck frites. But also expect a few reinventions of stalwarts, including a playful reboot of classic escargots: handmade pasta dressed with snails and a garlicky butter.

Other highlights include a silky tuna tartare; a confit duck leg with duck sauce; and a sinfully rich twist of gratin dauphinois smothered in brown butter, capers, lemon and parsley, and topped with scallop floss.

Bistrot 916 echos the decor of new-wave Parisian bistros to bring a cool, understated elegance to the site.

“It’s dark and moody but we kept it pretty classic,” says Pepperell. “There are chalkboard menus, mirrors, Thonet bistro chairs and a couple of bars, including a cocktail bar out the back.”

Also out the back are the restrooms, for which Pepperell commissioned award-winning cookbook designer and artist Daniel New to paint a series of large-scale nudes on the walls and stalls.

“We were going to leave the bathrooms pretty plain, but we thought maybe we could jazz them up a little,” says Pepperell. “Dan came in with a life-drawing model and he’s made it really funky and groovy, which fits well with the vibe and ties in with the back bar as well.”