It’s all about Italian-style dining. Come in the morning for Little Marionette coffee and a Brickfields croissant, and return at aperitivo hour for house-made duck ragu, creamy burrata and a glass of wine. 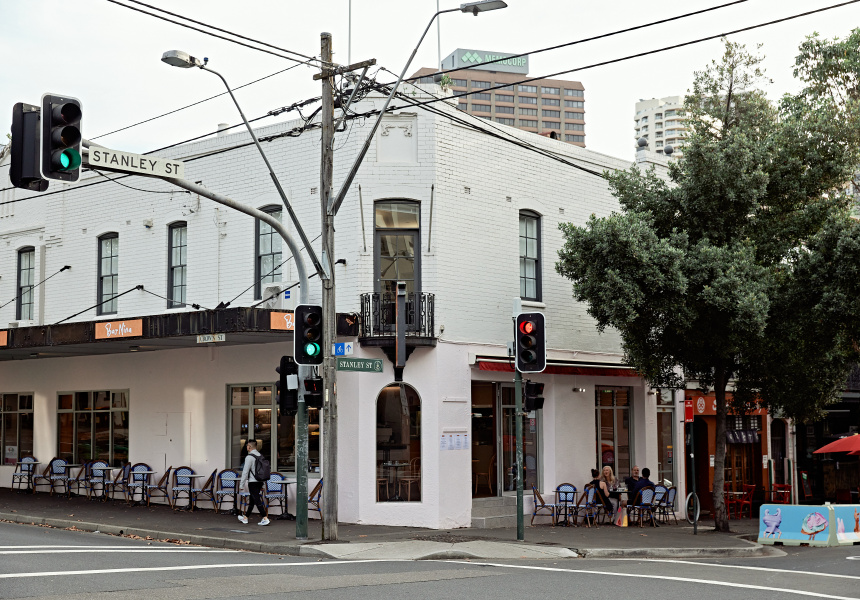 Rebecca O’Shea and Jeffrey Sue beat the odds when they opened cosy neighbourhood wine bar and eatery Arms Length in Redfern mid-2020, right off the back of lockdown. It was a roaring success, and immediately embraced by locals looking for a friendly space to enjoy good food and drink.

A second venue, opened as life started returning to normal, should have been a piece of cake. But according to O’Shea – Rockpool Dining Group’s former director of operations – in some ways it was harder.

“This time was hard because we already had a restaurant open,” she tells Broadsheet. “When we did Arms Length we had every day, all day, to paint and get ready. Nothing was open; we had nothing to do but put 100 per cent into the project. Now we have to make sure Arms Length is serving customers properly, and we’re still doing all the work at Bar Nina ourselves.”

The vision for Bar Nina was based on the bars O’Shea frequented while on exchange in Italy. “In one place, you could have a coffee and croissant for brekkie, a quick snack for lunch, an afternoon aperitivo and dinner. All those services are captured, and it’s friendly and fun.”

The menu, by head chef Luke Davenport (ex-Ledbury, London), focuses on sharing plates, with a range of snacks, fresh house-made pastas and larger dishes. The fettucine bianco with duck ragu is outstanding, as are the burrata with beetroot and pickled fennel, and the whole baby snapper with burnt butter. There’s also a pici aglio e olio with bone marrow and fermented chilli, and a fluffy tiramisu for dessert. For now the team is focusing on perfecting the lunch and dinner service, but O’Shea says eventually they’ll turn their minds to a breakfast menu beyond pastries, which they get from Brickfields.

The cocktail list has two bespoke numbers, as well as classics such as Negronis and Bloody Marys. There’s the Sevilla Sour, a citrusy take on a gin sour, topped with Wonderfoam rather than egg white, and the La Nina, a vibrant blue Mai Tai. But mostly co-owner and bartender Rhys Samuel Bailey has focused on aperitivi standards, because “they’re classics for a reason”. The wine list consists of Australian-grown European varietals, including both old-world drops and funkier skin-contact options.

The eatery has opened on the busy corner of Crown and Stanley streets – a hub that is having a buzzy revival as people return to the inner city – in what was last Reggio Lounge. The outdoor seating riffs on the European theme with blue and white Parisian cafe-style chairs and tables that contrast with the apricot, pale pink and natural wood tones colouring the inside space.

The locals have responded well to the affable team. If O’Shea’s jovial temperament is any indication of what it’s like to be at Bar Nina, it’s no wonder the place is doing well. When asked how they plan to extend themselves over two venues without losing that personal touch, O’Shea says it’s all about spreading out the management team.

“Rostering is so important. We’ve got to make sure one of us is always at either spot. Also, when we hire staff, we choose people not necessarily for hospitality experience, but for [their] willingness to engage with customers. You can teach people product knowledge and how to serve, but you can’t teach someone how to be engaging and have fun, and that’s what we want at Bar Nina.”