How one of the city’s historic institutions reinvented itself. 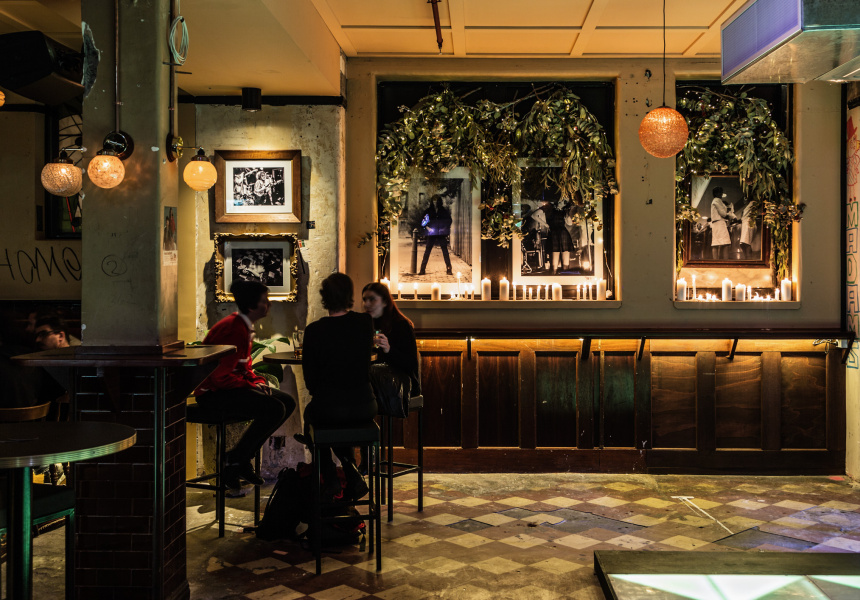 Following a serious fire in 2013 and the flow-on effects of Sydney’s lock-out laws in 2015, long-running Sydney live music venue The Lansdowne Hotel shut its doors. For a time it looked like nothing could preserve the historic venue – until Kenny Graham and his business partner Jake Smyth arrived on the scene.

The entrepreneurs, co-owners of Mary’s and The Unicorn Hotel, decided to try their luck and take on the ailing pub. “The Lansdowne Hotel holds such an iconic and relevant place in the historic heart of Sydney,” says Graham. “There was a glimmer of hope so we grabbed it by its worn-out band T-shirt. Whether our romantic hearts rule our heads too much or not, what better people to give it a crack than two ratbags who got their break on the streets of Newtown?”

Despite the Lansdowne’s ill fortune, Graham never doubted their decision. “From the moment we shook hands we had 100 per cent belief in what we were doing,” he says. “We had never felt more energy, more groundswell, more positivity about something.”

They launched the refurbished pub with a series of changes. Pokies were out, Detroit-style thick-crust pizza, $10 counter meals and craft beer were in. A week of secret gigs, including a show by a supergroup of Sydney musos, celebrated the occasion. “Every gig that first week was memorable,” says Graham. “Live music remains its heart and that will never change. We’ve created a dedicated gig room upstairs – you would be hard pressed to find a better sounding version in any city on the planet.”

Designed by prominent Sydney architect Sydney Warden in the 1920s, The Landsdowne is a celebrated example of inter-war architecture. “It’s beautiful,” says Graham. “There are a couple of secret rooms around the place that are only opened up on special occasions.”

He’s equally enthusiastic about the neighbourhood, calling out LP’s Quality Meats, Ester, and The Flying Toaster Cafe for particular praise.